EastEnders POLL: What should happen to Gray Atkins as abuse against Chantelle continues?

Over the last year, Gray Atkins (played by Toby Alexander Smith) has proven to be an incredibly dangerous but sneaky man being physically abusive towards his wife Chantelle (Jessica Plummer). The recent stress of Whitney Dean’s (Shona McGarty) attempted murder case has pushed Gray to the edge and he attacked Chantelle so badly she couldn’t pull herself up off the floor. What should happen to the abuser and when will he finally get what he deserves?

Viewers have seen it doesn’t take much to send Gray into one of his sinister rages, for example before Christmas when Gray wanted to renew his vows with Chantelle.

Chantelle went behind his back and tried to get out of it but her dad Mitch Baker (Roger Griffiths) talked her into going through with it and the two renewed their vows in their front room.

Gray wasn’t happy Chantelle seemed to be doubting him and the husband demanded that they have another baby.

When Chantelle tried to put him off the idea he dragged his wife upstairs and raped her. 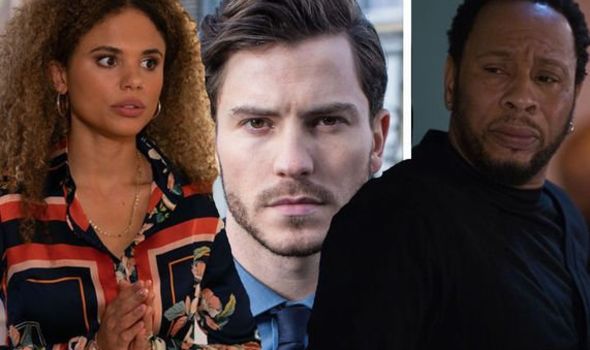 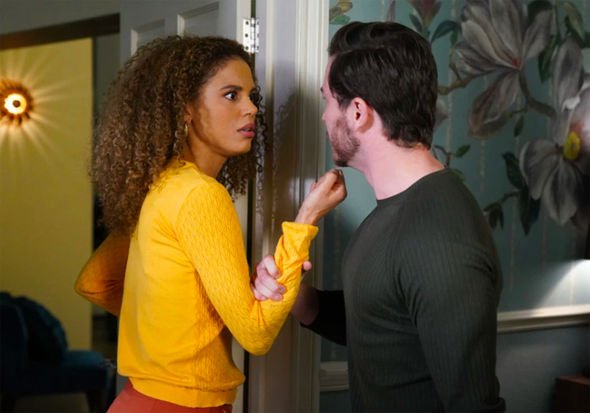 Gray also proved earlier this year his rage isn’t just saved for his wife as the stress of Whitney’s case, on top of him being suspended, got the better of him.

Gray screamed at little Mia and Mackenzie, leaving Chantelle questioning whether he would ever lash out at them the way he does to her.

But this also made her relieved she didn’t get pregnant after all with another of Gray’s children.

The mum will have accepted her reality at some point and decide if she is willing to let her children live in such a dangerous environment. 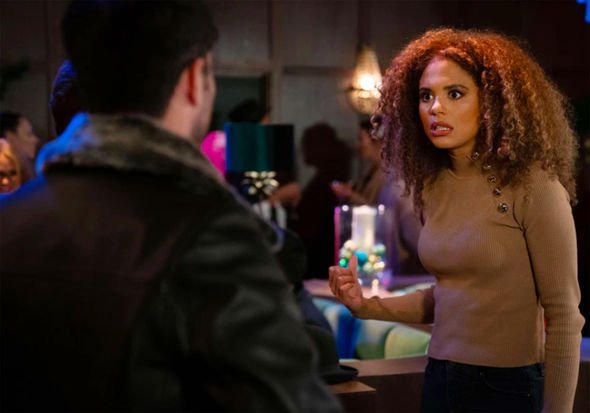 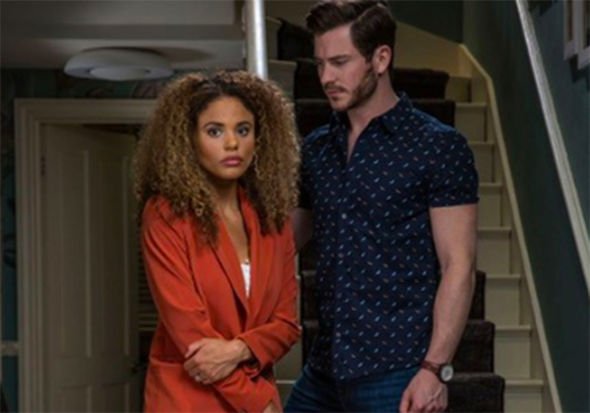 According to the Office of National Statistics, last year police in the UK 746,219 domestic abuse-related crimes.

The police were reported to arrest 32 people per 100 domestic abuse-related crimes in the year ending March 2019, which equated to 214,965 arrests.

At the moment in EastEnders, Chantelle hasn’t been close to going to the police station but in upcoming scenes, the mum will get closer to Kheerat Panesar (Jaz Deol).

Kheerat will start to notice little details like bruises on Chantelle’s arm – would he be brave enough to report Gray without knowing all the facts?

Chantelle’s dad has also been getting suspicious of Gray’s behaviour over the last few weeks.

He wasn’t quite sure what it was that was ringing alarm bells and settled on the idea Gray could be having an affair.

This was quickly rebuffed when it was revealed Gray had been suspended from his job but that doesn’t mean Mitch won’t keep fighting to keep his daughter safe.

The more Gray slips up, the closer Mitch could get to exposing the pain the solicitor has been putting Chantelle through – will he force Gray to leave Walford?

The Citizens Advice Bureau advises victims of abusive behaviour to, if possible, find somewhere safe to stay; report the violence to the police; get a court order to stop your abusive partner from harming or threatening you.

And the Police advise that if you think you are in danger, to call 999 and they will be able to come and if necessary, arrest the person putting you in danger.

With the storyline on EastEnders continuing, Express.co.uk wants your opinion on what should happen to Gray and how the plot should unfold.

Should Chantelle report Gray to the police or should she take care of the situation herself? Vote now.

EastEnders airs Monday at 8pm and Tuesday at 7.30pm on BBC One.