EastEnders‘ aired perhaps Bonnie Langford’s most powerful scenes on Monday (June 4) as her character Carmel Kazemi rejected vengeance for her murdered son once and for all.

Last Friday, Carmel teamed up with her late son Shakil’s best friend Keegan Baker (Zack Morris) – who was also stabbed during the incident – to track down the local gangster, Bruno, who’d stabbed her boy. But instead of giving into Keegan’s offer of revenge, contacted to police and had Bruno arrested.

When Monday’s instalment picked up, Kush (Davood Ghadami) was once again frantically worried for his mum because she’d slipped out of her flat. It turns out Carmel had gone out for a little catharsis. 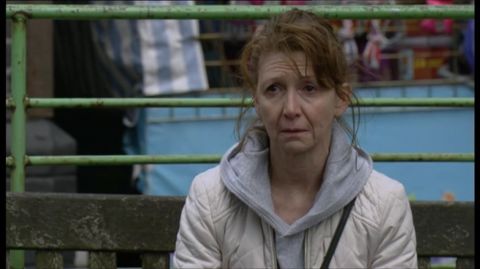 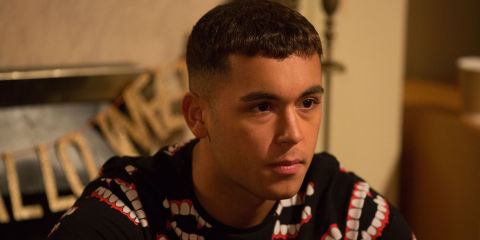 The grieving mum had joined Keegan at the nearby playground swing-set, where she tried explaining to him once again why he owed it Shakil to change his mindset.

“I can’t think of anything else [but revenge],” he admitted. “I really thought it’d make a difference [to have Bruno arrested]… but the rest of them. The rest of them are still out there, as if nothing had happened. They won’t get away with this. I promise.”

“Come here,” Carmel asked him. “Give your mate’s old mum a hug.”

Realising that Keegan was still consumed with a need for revenge and was carrying a knife, Carmel nicked the knife from him and warned his mum Karen (Lorraine Stanley) that she was turning him in to the police.

“Last week, he was that close to doing something stupid,” she cried. “I’m not going to sit back and watch another boy [die]!”

In the end, Karen was able to convince Carmel to give her one last chance to get through to her son. Carmel brought the knife to the police station and turned it in anonymously, thus keeping Keegan out of trouble.

It was another powerhouse performance from Bonnie Langford — maybe even her most moving yet:

Elsewhere in the episode, Robbie Jackson (Dean Gaffney) caught Stacey Slater (Lacey Turner) off guard by offering to set her up on a date with one of Shrimpy’s mates, sending her right into Martin’s (James Bye) arms. Yes, again.

The two got a few naughty moments alone, but ended up rowing when Stacey accused Martin of being ashamed of her after the couple were nearly caught in a clinch by Bex (Jasmine Armfield). 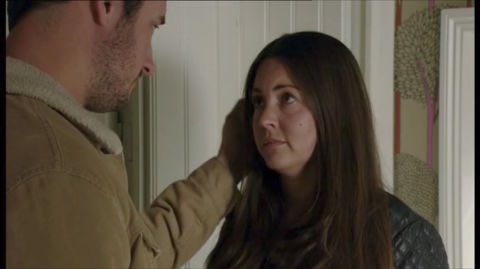 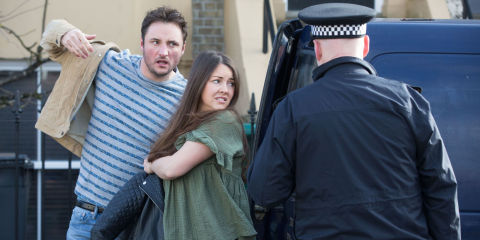 Though Stacey tried to make her ex jealous by going out with one of Shrimpy’s mates after all, she was ultimately able to have a heart-to-heart with Martin (in the women’s toilet, no less!)… and then some hanky panky.

Also in the episode, Phil and Sharon Mitchell (Steve McFadden and Letitia Dean) gave Mel Owen (Tamzin Outhwaite) until the end of the week to pay back at least some of the money stolen from E20, while Denise and Kim Fox (Diane Parish and Tameka Empson) had some sisterly bonding time burning Vincent’s belongings.

EastEnders continues on Tuesday (June 5) at 7.30pm on BBC One.

Digital Spy Soap Scoop video – hit play below for all the latest EastEnders spoilers, as Kim realises she might be pregnant, and Stacey and Martin get caught out.