Sharon Mitchell (played by Letitia Dean) is slowly getting her life back on track after being thrown out by Phil Mitchell (Steve McFadden). Now the blonde bombshell knows the truth about Keanu Taylor (Danny Walters), she’s wasted no time in plotting her revenge but EastEnders viewers can expect to see heartbroken Callum Highway (Tony Clay) becoming unexpectedly caught up in the Mitchell drama once again.

However, now Sharon knows what really happened to the mechanic she’s planning on getting revenge on her scheming husband.

Hoping to get a reaction out of Phil and fearing for Keanu’s safety, Sharon called the police and warned them about the mechanic’s disappearance.

EastEnders fans aren’t quite sure what Sharon has in mind for the next stage of her revenge plan but it could lead to Callum Highway (Tony Clay) falling victim to Phil’s anger. 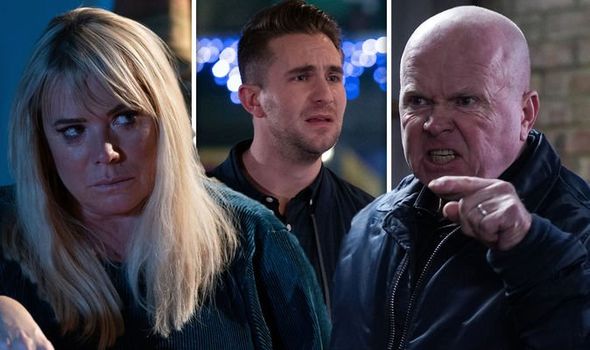 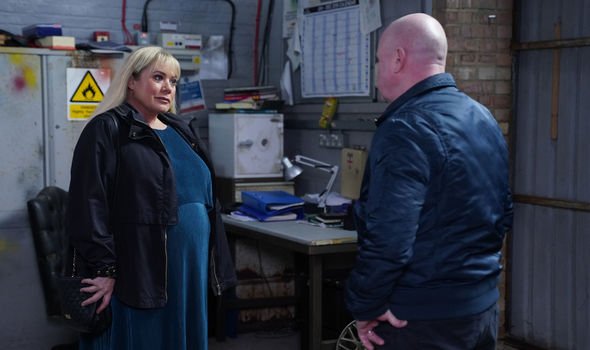 In upcoming scenes, Sharon continues her mission to get revenge by goading Phil to lose his temper.

Things soon get out of hand and Callum steps in while Ben Mitchell (Max Bowden) looks on.

Phil is furious with Sharon for betraying him right under his nose and isn’t happy Sharon is still on the Square.

Despite Ben denying his feelings for Callum it’s clear to everyone around him that he’s still in love with the prospective policeman. 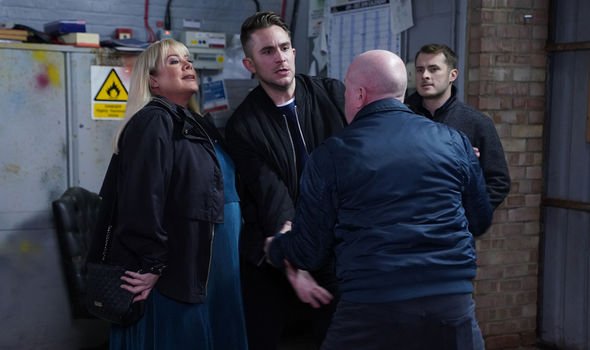 In recent scenes, Sharon stumbled upon Callum looking longingly at Ben and Lexi and warned him to stay away from his ex.

However, could Callum end up getting caught in the crossfire as the EastEnders stalwart exacts revenge on the Mitchells?

Even though Martin was covering for Sonia Fowler (Natalie Cassidy), Dot has no idea what really happened and left an emotional goodbye message.

She announced she was heading to Ireland to help her grandson Charlie Cotton with his newborn baby.

Dot revealed she trusted Sonia to help sort out the problem of the stolen money.

However fans are afraid this could be the last they see of the EastEnders legend.

Fans were quick to pick up on the heartbreaking message and shared their thoughts this is the end of Dot on the Square.

Another added: “I get nervous whenever Dot goes on one of her sabbaticals. #EastEnders.”

“Dot will probably die when she’s in Ireland visiting Charlie. Her goodbye sounded so final. #Eastenders,” a third wrote.

Someone else shared: “I think dots departure tonight was very final hope this isn’t the end of her.

EastEnders continues Thursday on BBC One at 7.30pm.