EastEnders viewers have seen Gray Atkins (played by Toby-Alexander Smith) subject wife Chantelle (Jessica Plummer) to horrific abuse in recent months, all unbeknownst to their family and friends. However, could a heartbreaking twist see the pair’s children witness their abuse, and therefore expose it to their family?

The pair had a turbulent festive season as Gray upped his control over Chantelle after tricking her into renewing their wedding vows.

Gray held a surprise ceremony at the Taylor household as it became clear she was unsure about making the commitment to her husband a second time round.

They subsequently went away on a honeymoon and it soon emerged Gray was trying to get his wife pregnant again in order to increase his control.

Gray’s abuse has continued as he has become jealous of new arrivals with old links to Chantelle.

The Panesar brothers showed up late last year, with it apparent there was history between Chantelle and Jags Panesar (Amar Adatia).

He later warned his wife to stay away from the brothers due to his mistrust of them, but she has continued to bump into them around the Square as they are keen to stay friends.

Toby Alexander-Smith has revealed the storyline is set to continue, and get worse, as their young children are set to witness the abuse. 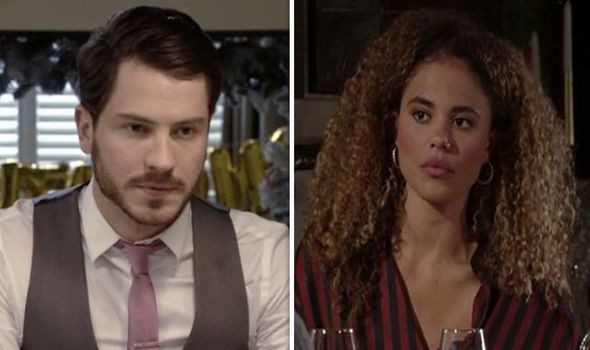 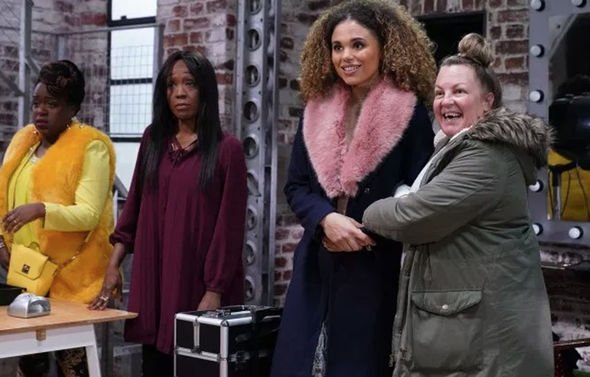 Speaking to Mirror.co.uk, Toby said: “It’s certainly something that we are exploring because it’s a very important thing to consider that children are very savvy with the arguments that their parents have.”

Could the pair’s two children expose their abuse to another family member?

Perhaps, it could be Karen Taylor (Lorraine Stanley) who finds out as she is often tasked with looking after the couple’s children.

Chantelle’s father Mitch has also been wary of Gray, could they decide to tell their him what they’ve seen? 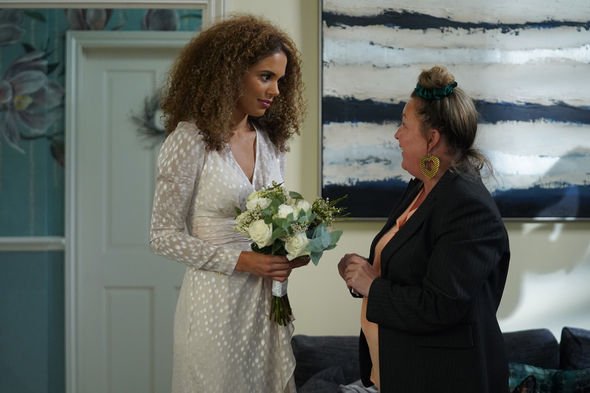 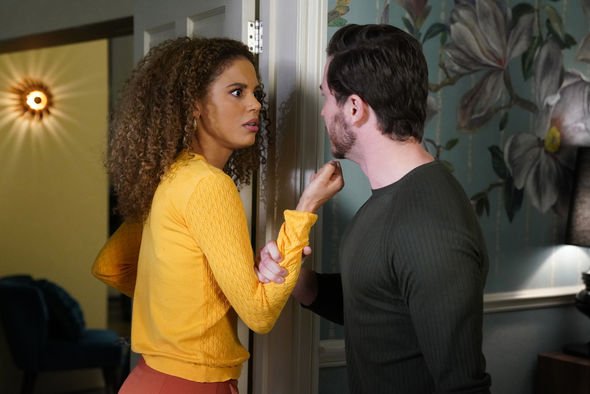 The actor also confessed it “would take a lot” for the legal-eagle to change his ways.

“The problem is that he’s so disillusioned by what he’s doing at the moment and something really big is going to have to happen for him to change.”

Toby also hinted how his character’s past is set to be explored in greater detail.

He opened up about where Gray’s abusive behaviour has come from.

“He lost his mum and his dad’s not on the scene anymore. A lot of his issues stem from how his father treated his mother, which is very often the case with abusive partners.

“It’s not an excuse but it gives us more of an understanding of where it’s actually come from. But again, it’s moving forward, it’s trying to work out on a deeper level on how it’s going to happen.”

Will their children discover the abuse their father has been subjecting Chantelle to, and will they decide to tell anyone what they’ve seen before it’s too late?

If you have been affected by Chantelle’s storyline, visit the Women’s Aid help page here.

EastEnders continues tomorrow at 8pm on BBC One.