Chantelle Atkins (played by Jessica Plummer) is pregnant and under Gray Atkins’ (Toby Alexander Smith) orders to stay rested on EastEnders. However, when the opportunity comes through for her to go back to work, she is delighted.

The expectant mother is clearly loving being back at work but it is without a doubt short-lived.

Gray chases a girl who stole from Whitney Dean’s (Shona McGarty) stall and ends up spotting his wife in the salon.

Later on in the day, Chantelle heads to The Vic and is surprised to see her friends and family gathered round.

Her controlling husband announces she is pregnant, and it’s obvious he isn’t happy she went back to work. 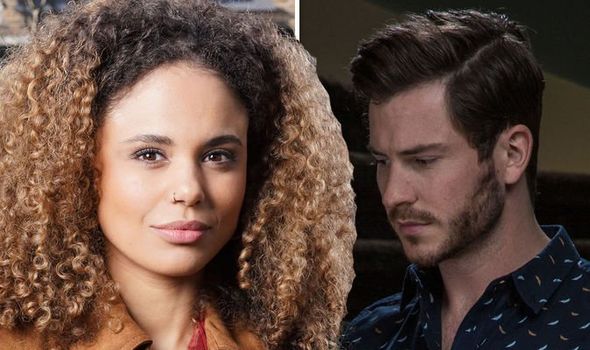 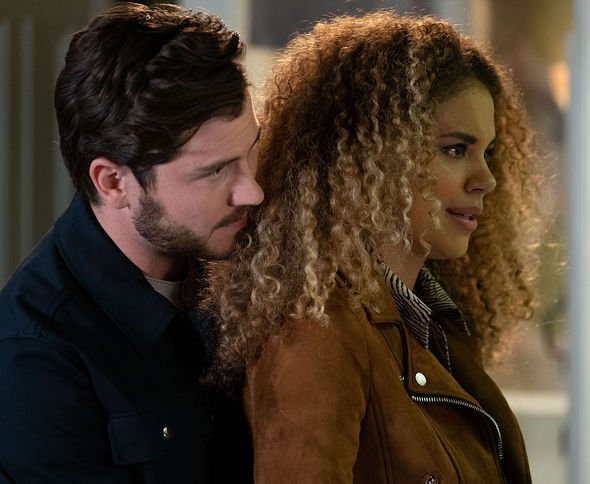 Gray gets angry very easily and it’s clear he will punish his wife when they get home.

Will Chantelle be ok after this fresh ordeal?

The abuse storyline has been playing out for months, yet soap boss Kate Oates thinks there’s chance for Gray to turn a corner.

She told The Sun: “I know there’s been a little bit of conversation about the fact that EastEnders always make their be-suited educated characters villains and it’s so crucial to his character because he works in the law fighting for the little guy. 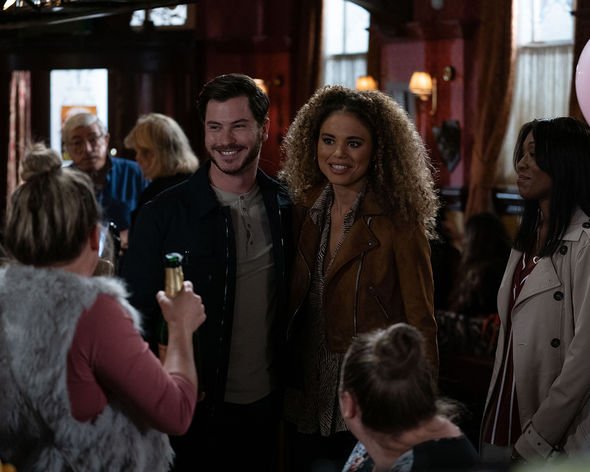 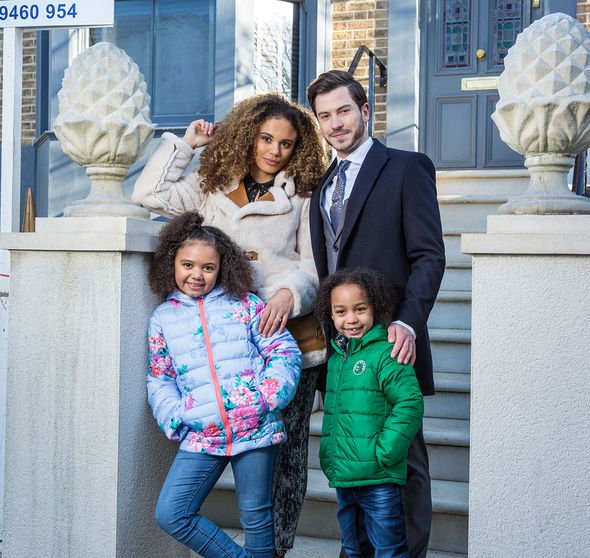 “That confuses Chantelle because he’s got a social conscience so he’s the opposite of her father who was completely flaky and couldn’t hold down a job as a guy who really does hold down a job.

“Plus the fact that he’s part of this aspirational lifestyle. Gray has got a lot of redeeming qualities.”

He has been toying with Martin Fowler (James Bye) for the past couple of weeks but it seems his need for revenge spirals out of control.

Martin has been desperately trying to get his wife, Stacey Fowler (Lacey Turner) back on EastEnders after she attacked Phil Mitchell (Steve McFadden).

However, Ben has been using the assault of his father to his gain and has been making Martin do his dirty work for him.

In the coming weeks, Ben makes a harrowing threat towards Bex Fowler (Jasmine Armfield) and Martin can’t help but react.

After giving the Mitchell boy a beating, Martin will be made to pay.

Ben puts him in a life-threatening position and it makes fans wonder what could possibly happen next.

Will Ben kill his nemesis once and for all?

And will Stacey make a surprising comeback to the Square to be beside her lover?

EastEnders continues tonight on BBC One at 7.30pm.

If you or anyone you know has been affected by Chantelle’s storyline, please see BBC’s website here. What is All Lives Matter and how did the movement start?
Celebrities Posts