Martin (played by James Bye) married Ruby (Louisa Lytton) earlier this year on EastEnders after he believed his relationship with ex-spouse Stacey Slater (Lacey Turner) had come to an end. However, since the latter returned to the BBC soap back in September, the chemistry between the former lovers has been re-explored and on Christmas Day, the pair shared an intimate kiss. The father-of-three told the troublesome character he wanted to be with his wife but it seemed he was trying to convince himself. Although it’s not yet been revealed what will happen with regards to the easy love triangle, the bar worker might soon find himself with no option but to remain husband to the businesswoman following the events of Saturday night’s episode.

The Boxing Day episode started with Ruby none-the-wiser to Martin sharing a kiss with the mother of his children after they spent Christmas Day together.

Needing some space as spending her first festive season with the Slaters wasn’t part of her big plans, the businesswoman found herself in the park.

It was here she bumped into Denise Fox’s (Diane Parish) son Raymond and complimented him on his seasonal jumper.

On tenterhooks, as her killed ex-husband Lucas Johnson (Don Gilbert) was back in Walford, the mother-of-three quickly whisked her youngster away from her neighbour. 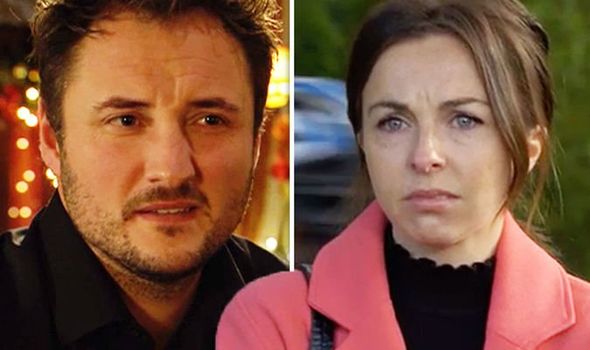 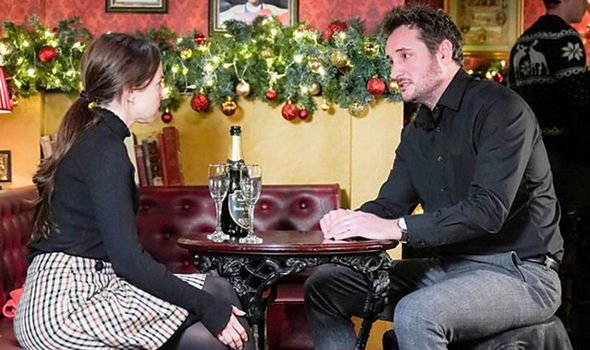 “Only joking, there’s nothing like a mother’s love,” the comical character commented as she walked away, but Ruby had a sad expression on her face.

Later in the episode and after reuniting with Martin at the Queen Vic, the businesswoman was given another apology by her cheating husband.

The former fruit and veg market stall trader said: “I know spending Christmas with Stacey wasn’t high on your list to Santa.”

“No, but they’re your kids. They’re the most important thing. Family is important to me, too,” the club owner remarked. 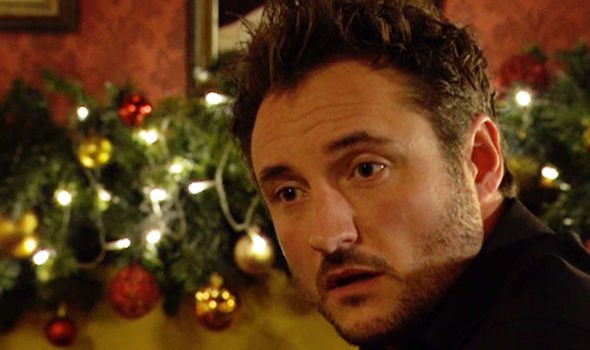 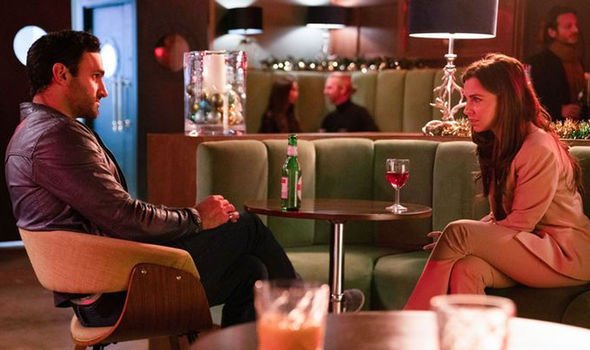 I want a baby

“Do you ever look at your life and see what’s missing?” she asked her husband, to which he replied: “All I want is you.”

As Ruby went to get another drink, she suddenly turned around and told Martin: “I want us to have one of our own. I want a baby.”

It seemed the father-of-three was less than impressed by the idea of having another child with a woman he might have fallen out-of-love with.

In upcoming scenes, the fallout of his wife’s bombshell will lead the club worker to turn to Stacey for advice.

After talking things through, he returns home and tells Ruby he wishes they could be friends with his ex-wife and the businesswoman is left furious.

However, she hides her outrage from her spouse and decides to pay Stacey a visit of her own to tell her former best friend to stay out of her marriage.

Kush Kazemi (Davood Ghadami) inadvertently tells the club owner the mother-of-three is still pining after her ex-husband and wants him back.

Horrified her relationship could be slipping through her fingers, the businesswoman could take drastic action to ensure Martin is by her side forever.

Having already planted the seed she wanted children with him, the club owner could tell Martin she is already pregnant.

This would lead the father-of-three to cut things off with Stacey for good, knowing he needs to focus on beginning a new family.

Ruby would then have her other half exactly where she wants him but would need to seduce him quickly in order for the timeline to work out correctly.

If she fails to convince a baby, will she be forced to tell her spouse she lied to him so he wouldn’t reunite with his ex-wife?

EastEnders continues Monday at 8:35pm on BBC One.