Suki (played by Balvinder Sopal) has proven herself to be a calculating and at times manipulative character since joining the BBC soap in 2020. The EastEnders mother stops at nothing to get what she wants and as a result, she has become a force to be reckoned with. Viewers know her husband is currently in prison, but have no idea why like most aspects of the family’s past remains a mystery. During a conversation with Express.co.uk, the actress who plays matriarch spoke out about her character’s partner arriving in Walford.

EastEnders fans do not know why Suki’s husband is in jail, and the family become awkward each time Mr Panesar is mentioned.

Suki’s daughter Ash Kaur (Gurlaine Kaur Garcha) has a rocky relationship with her mother, with the two constantly in disagreement and Ash resenting Suki’s controlling ways.

Speaking exclusively to Express.co.uk, Gurlaine spoke about her character being reunited with her husband and said he is an important part of the Panesar family: “Her dad is everything that she [Ash] doesn’t have in her mum.”

“It was so hard for her to kind of be controlled by her mum and she was kind of suffering with the loss of her dad.” 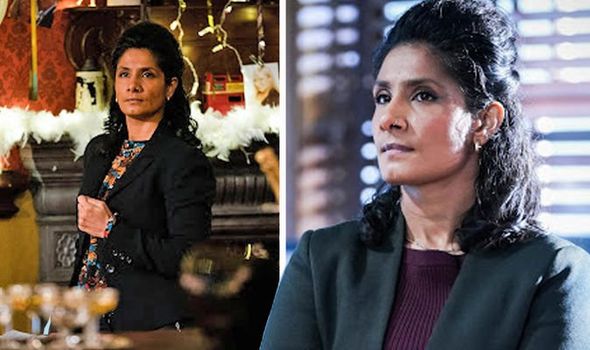 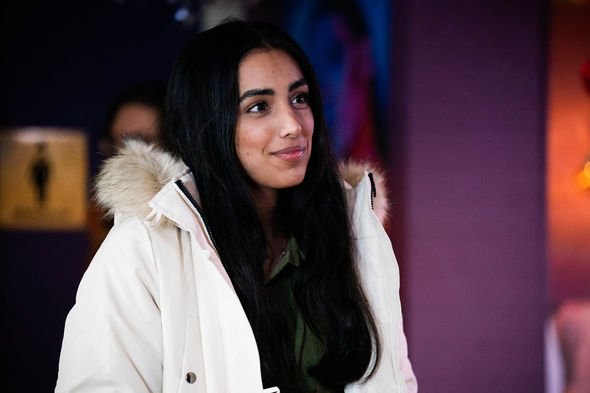 She added that a potential return of her dad would be “really interesting to see”.

“I think she [Ash] does need him, I think she needs him for some direction and morally, you know she doesn’t always do the right thing, and that kind of she is kind of moved to that [poor decisions] sometimes.

“But I think she really needs her dad in these times, and, you know, especially if she was to find out about Peter and her mum.”

Peter had a fling with Suki a while ago, but with him and Ash developing a relationship, it seems likely the secret may come out soon. 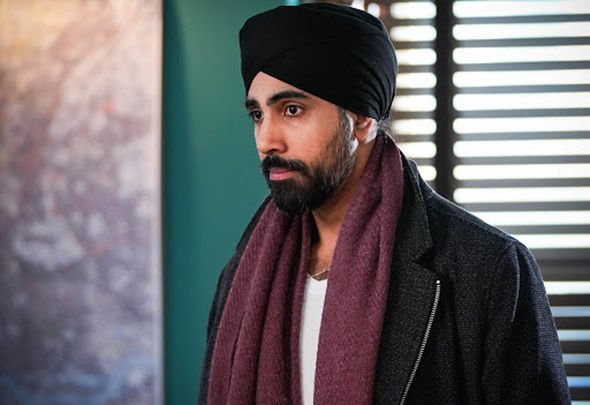 “I think one person that should probably want advice from in that time is her dad,” added Gurlaine.

With Suki’s children Kheerat Panesar (Jaz Deol), Jags Panesar (Amar Adatia), Vinny Panesar (Shiv Jalota) and Ash Kaur all keeping the family’s secrets under wraps, how will they respond to their father coming back into their lives?

Fans have already been speculating potential reasons for Mr Panesar’s imprisonment, with one Reddit theory suggesting that perhaps Suki could be behind it all.

Someone suggested: “He took the rap for something Suki did – I’m calling it now.” Others have agreed with this, believing it would account for Suki’s controlling behaviour.

The mother is often cold and calculating in her attempts to cover things up and make sure everything goes according to plan for her.

Another viewer replied: “I wondered about that. I hope they develop Kheerat’s character into something more. There is such potential.”

But if this theory is true, and Mr Panesar has faced jail because of something Suki has done, what could this be, and just how dangerous is Suki?

He may show up at Albert Square out for revenge on his wife, which would certainly shake things up for the already troubled family.

In upcoming scenes of the BBC One soap, Vinny Panesar (Shiv Jalota) cleans racist graffiti off the Minute Mart windows.

It’s obvious the graffiti has got to Suki and she opens up to Kheerat about the pain it has brought from her past.

As a result, Kheerat says he’d like to visit his father in prison but she tells her son all his dad would want is for him to build the business – Kheerat is their only hope.