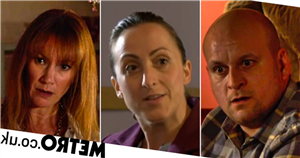 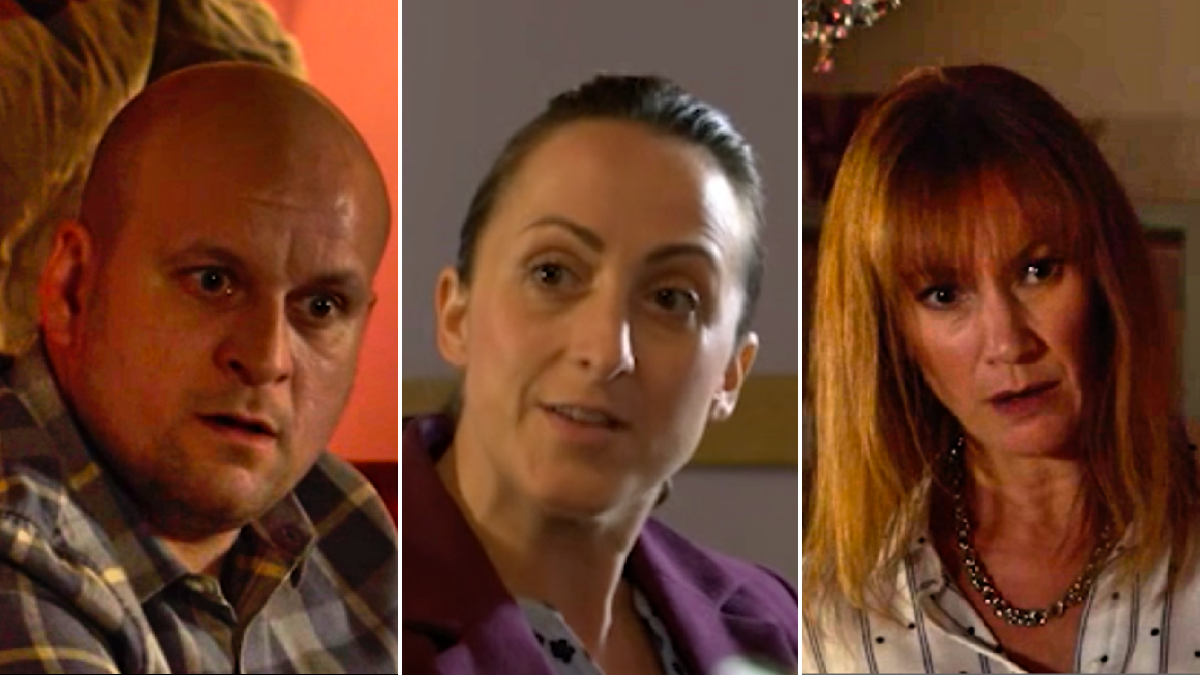 Stuart Highway (Ricky Champ) let Rainie (Tanya Franks) believe that Sonia Fowler (Natalie Cassidy) has got breast cancer in EastEnders, after she found a bunch of medical leaflets in his jacket.

The soap mainstay was left in shock earlier this week when he was diagnosed with breast cancer.

Subsequent scenes saw him threaten the doctor who delivered the bad news, before he headed to the Queen Vic to drown his sorrows.

Sonia, knowing something wasn’t quite right, quizzed Stuart on what was bothering him, and – after she worked out the truth – Stuart lashed out at her.

Thursday’s (December 9) offering of the BBC One soap saw Sonia pay Stuart a visit. Stuart apologised for his actions during their previous meeting, before admitting that he hasn’t told Rainie about his diagnosis.

Sonia encouraged him to go the doctors, but realising how nervous he was, she offered to accompany him.

Stuart was touched and accepted her offer, and thus that headed off to the doctors. While there, he leaned that he would need surgery.

Afterwards, he took Sonia by the hands, and thanked her for her kindness in helping him get through a tough day. Little did he know, however, that Rainie had seen the exchange!

Believing her husband to be having an affair, Rainie demanded to see his phone. Stuart directed her to his coat, and soon enough, a leaflet on breast cancer fell out of his pocket.

Rainie jumped to the wrong conclusion, thinking that Sonia has got breast cancer, and Stuart ‘confirmed’ her theory with a nod.

But will she find out the truth?

EastEnders continues Friday December 10 at 8:05pm on BBC One.