EastEnders‘ Tiffany Butcher will make a shocking discovery about her boyfriend Jagger tonight (October 5) that leaves her reeling.

Tiffany (Maisie Smith) is currently pursuing a romance with the gang leader, despite warnings from her loved ones to keep her distance from him.

As the teenager continues to sneak around with Jagger, Whitney is furious when she realises that Tiffany lied to her about her whereabouts in tonight’s episode, but Tiffany soon manages to talk her way out of it. 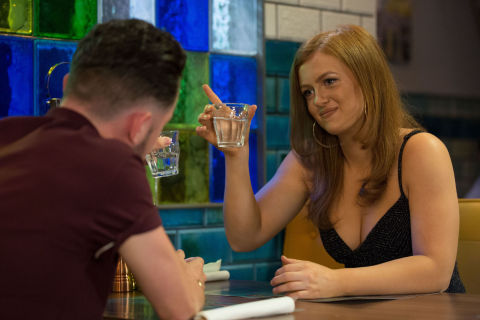 However, Tiffany is left feeling insecure all over again later on when she realises that Jagger is paying a girl to store phones for him.

Wanting to be involved, Tiffany tells Jagger that she wants to help too – insisting that if he doesn’t let her, it’s over between them.

Fans will have to wait and see what this means for Tiffany, but she later makes a shocking discovery which could change everything. What has she found out? And what will it mean for her worrying romance?

EastEnders airs these scenes tonight at 8pm on BBC One.