EastEnders fans have once again been left reeling over a series of bombshells that rocked Albert Square in Thursday’s shocking episode (August 2).

The BBC One soap left off earlier this week with Halfway (Tony Clay) discovering that he’d been duped by evil brother Stuart (Ricky Champ) into turning his back on the Carters and girlfriend Whitney Dean (Shona McGarty).

Thursday’s instalment picked up with Mick (Danny Dyer) and Linda (Kellie Bright) getting an unexpected lifeline when Stuart’s old friend Dylan turned up at the Vic and confided in them that he’d reported Stuart to police for historic abuse. 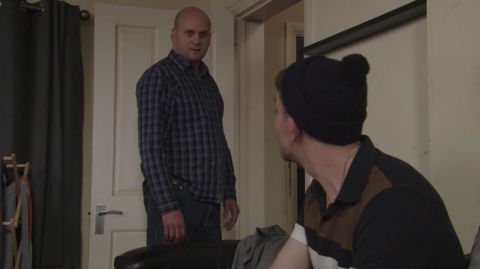 Over at the Highway flat, a shell-shocked Halfway could only look on as police arrived to finally arrest his brother Stuart. When a desperate Halfway later met with Tina (Luisa Bradshaw-White) to ask if Stuart truly had abducted her years ago, Tina begged him to get away from his sibling.

“He’s a sicko and he’s a liar,” Tina warned him. “He lied to you, and he deserves to be sent down. He needs to be put away.”

Once Stuart was released from custody, Halfway finally plucked up the courage to confront his brother, demanding the truth about whether he’d victimised Dylan and abducted Tina years earlier.

A panicked Stuart finally confessed his misdeeds, and begged for his brother not to abandon him in his time of need, but Halfway ultimately made the decision to leave once and for all.

“You know people talk about regrets? I regret nearly everything I’ve ever done in my life,” Stuart pleaded. “But you know what I don’t regret? Hanging around while you were young. We didn’t need that useless excuse for a dad, did we?”

But his pleas finally fell on deaf ears from Halfway, who told Stuart as he stormed out: “I ain’t got a brother!”

More baby drama unfolded for the Slaters as well, with Jean (Gillian Wright) determined to figure out the father of Hayley’s (Katie Jarvis) unborn child and put them back in touch for the sake of the baby.

Jean wrongly assumed that the baby daddy was Hayley’s mysterious ex-boyfriend Dave — not the actual father Alfie (Shane Richie) — and arranged for him to come to Walford to meet with her. 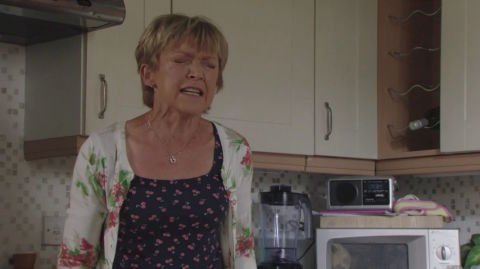 A desperate Hayley was able to get rid of Dave, before admitting to Jean that he wasn’t the actual father of the child — but rather than confess the truth, she claimed that the baby’s dad was a married friend’s husband.

There’s clearly a lot of trouble ahead when the truth about Hayley and Alfie gets out:

Meanwhile, Jay Brown (Jamie Borthwick) struggled with whether to tell new roommate Jessica (Tara Lee) that he’s on the sex’s offenders register, but she was surprisingly compassionate when he explained the circumstances.

Billy (Perry Fenwick) had suspicions of his own about Jessica when he saw her meeting up with Rainie Cross (Tanya Franks) in the Square, and questioned Rainie about their friendship. 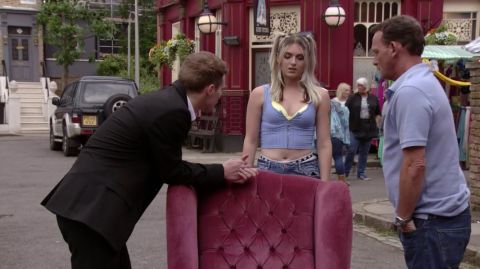 When he learned that Jessica is a sex worker, Billy cruelly ordered his new flatmate to leave despite her openness about her profession. He then lied to Jay that Jessica had an emergency to cover for her sudden departure.

Fans certainly empathised with Jessica in the face of Billy’s judgement:

EastEnders continues on Friday (August 3) at 8pm on BBC One.