Elizabeth Olsen Doesn't Like How 1 'Avengers: Infinity War' Scene Turned Out: 'This Is Such a Stupid Reaction'

It’s pretty obvious that Marvel actors have to act opposite a lot of imaginary stuff a lot. Whether it has to do with aliens, space, explosions, or other out-of-this-world things, the Marvel Cinematic Universe is basically a great, big imaginary game for its actors with a ton of greenscreen work. And for Elizabeth Olsen, that wasn’t great for one scene in Avengers: Infinity War.

Elizabeth Olsen didn’t know what she was supposed to see looking out the window in ‘Wakanda’ in ‘Avengers: Infinity War’ 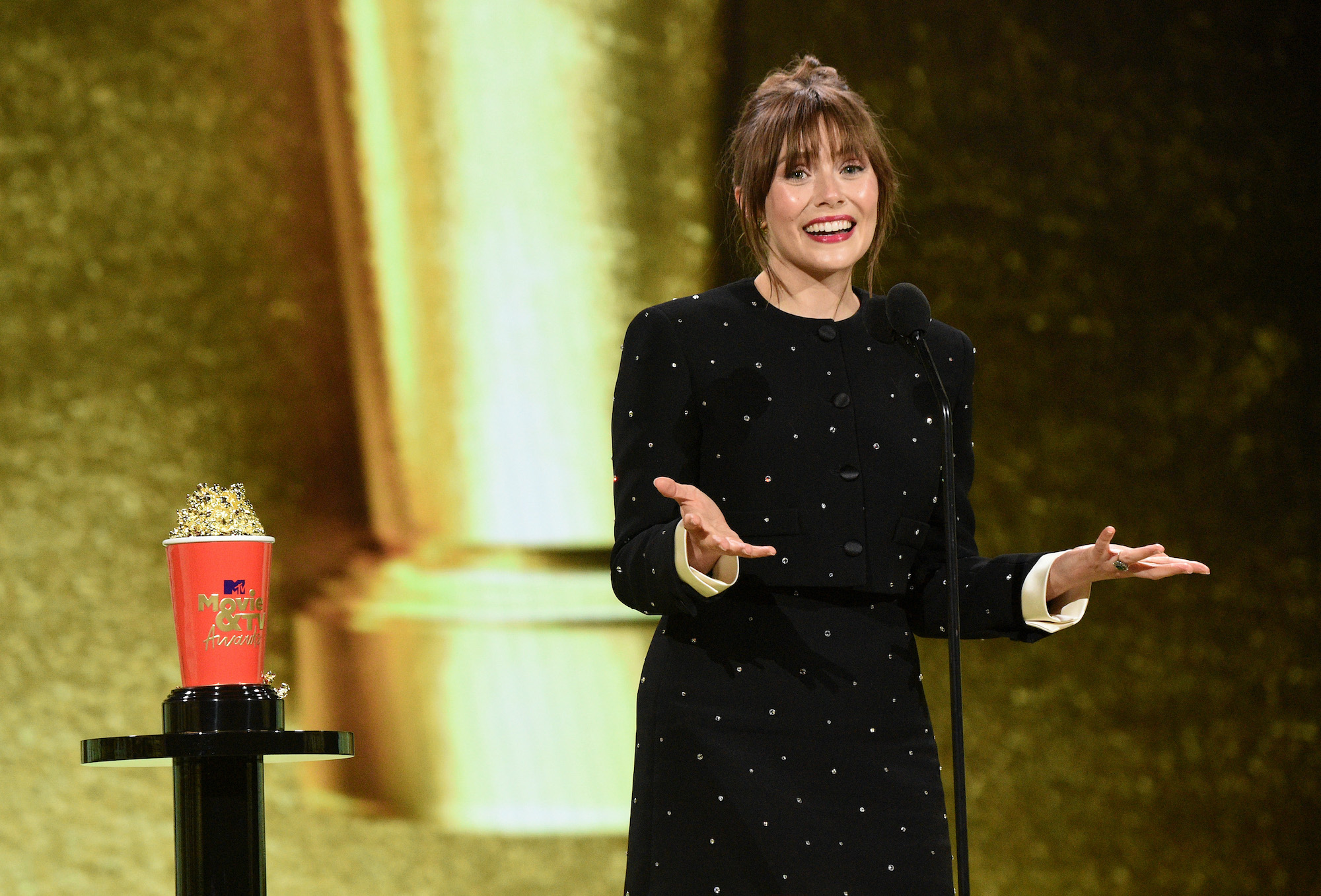 RELATED: ‘Avengers: Infinity War’: Elizabeth Olsen Forgot She Wrote One of Her Most Significant Lines

While taking part in SAG-AFTRA’s “Conversations at Home with WandaVision” on May 19, the cast started talking about acting when you can’t really see what you’re acting opposite of. Again, they use greenscreens or other imaginative aspects while filming because CGI comes afterward.

Olsen recalled the scene where Wanda and the rest of the Avengers are in Wakanda, while the other half are on Titan with Tony Stark. Wanda is up in a building while Vision is being worked on by Shuri, who’s trying to recreate his Mind Stone so that they can take the original one out, so he can survive without it and so she can destroy it before Thanos can get to it.

As Wanda looks out the window, a ton of enemy alien weaponry tumble down the hill as the battle wages on, and Olsen was not really happy with how that final product turned out.

“I remember watching Infinity War and at the premiere and I look out a window and they told me there is going to be something tumbling,” she said. “And what I see is so huge and has so much energy. And I just… I’m so solemn and I have no energy in this scene.”

When she saw it for the first time, she was a bit annoyed that she didn’t have a better reaction

The issue, it seems, is that because she didn’t know exactly what she was seeing while filming, the shot that was taken was not a good enough reaction to the immense thing happening on-screen.

“I was like, ‘Oh my God, why didn’t they tell me that that was going to be crazy, loud, chaos,’” Olsen said. “And I’m… just turning. And I remember that moment and thinking, well, sh*t, if something is happening, someone needs to yell a name, yell just anything at me to wake me up and react normally because I was so mad that that made the final cut. I was like, really?  No this is such a stupid reaction.”

Co-star and on-screen husband, Paul Bettany, also relates of course, and always remembered having the mindset of the fact that at least they had such little screentime before.

But both Bettany and Olsen remember that Olsen would remind him how visible these movies were. In a friendly manner, of course.

“She said, ‘Remember more people are going to see this than see anything else you ever do,’” he said.

“I say that a lot when it comes to Marvel,” Olsen responded. “No pressure.”

Olsen also went into the difference between filming this series and filming a Marvel movie, making it a bit easier to remember that so many people are going to see WandaVision as opposed to an MCU movie.

“On our show, we were doing like seven pages, at least on average a day,” she said. “And it was chaos. And we had to move quickly and work quickly. Everyone had to work quickly on. These movies are so lethargic, though, they’re just so lethargic that you just like you just forget that like that there are crazy stakes involved.”

RELATED: ‘WandaVision’: Kathryn Hahn Was All About Playing a Witch Men Wanted to Kill, According to Elizabeth Olsen