If you loved DeGeneres’ previous standup work, particularly her two HBO specials, Relatable will feel comfortable—and funny—to you. Sure, she’s one of the most famous people in the world now, but her observational humor and message of relatability remain tops. Topics touched upon include junk drawers, food service employees who refuse to write down orders, trying on shoes, driving and bathroom attendants. But DeGeneres did get personal a number of times, touching on her coming out story and lost love.

In the special, which starts with DeGeneres acknowledging her mega fame, the talk show host and comedian doesn’t shy away from her coming out story, and the fallout from it.

“I am still gay by the way…Yes, I’m enjoying it. It’s really working out for me now. In the beginning, not so much, but now…It was tough in the beginning. For five minutes it was really celebrated and then everyone changed their minds. But I really, for a few minutes there, it really seemed like it was going well, and I thought everyone in Hollywood that’s closeted is going to come out after me,” she said. “I pictured, like, a stampede of wild elephants, like every closeted actor and actress in Hollywood. But instead, they were like little meerkats coming out of their little meerkat closets.” 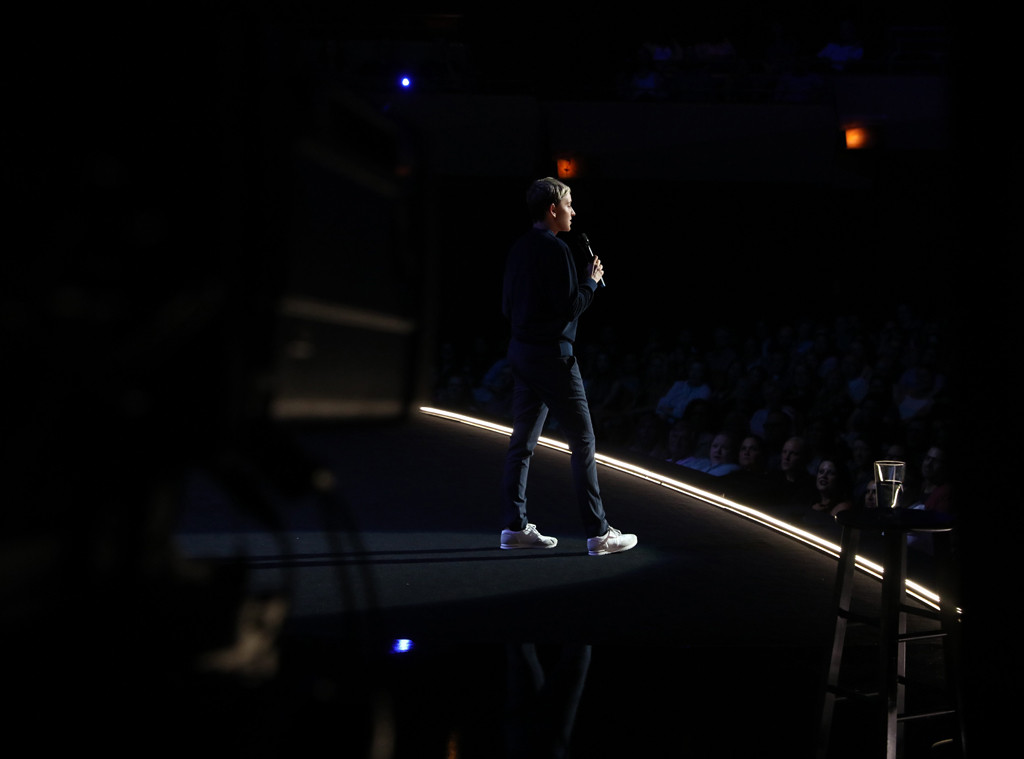 This was said with corresponding video of meerkats. “Just, ‘How’s this going to go? Is she going to be OK? Before I make a decision, I want to see how this is. Nope, not going well, I’m going down, back in, stay there for a little while,'” DeGeneres said. “I just think it would help if more people come out. There are a lot of children that it would impact, a lot of kids would be helped by that.”

Regarding coming out and losing her sitcom, DeGeneres said, “Anybody making money off me said, don’t do it.”

“My worst fears came true because—and that’s why people stay closeted—the same people who loved me, overnight just hated me, just because they knew I was gay. Everything changed. I went through a depression, and people made fun of me, and people wrote articles about me, dissecting the whole process and why I did it and that I shouldn’t have done it. It was just a really tough thing,” she said.

It took DeGeneres three years to get back on television after she came out. But she still faced challenges from some regarding her sexual orientation when trying to launch her talk show.

“So, when I was offered this talk show, I was really excited about it, but they were trying to sell the talk show and a lot of people didn’t want to buy it because no one thought they’d watch,” she revealed. “There was this one station manager, and this is a quote, ‘No one’s going to watch it, no one’s going to watch a lesbian during the day.’ I said, ‘They weren’t watching me at night, what time of day is good for a lesbian?'”

The show is now in its 16th season on air. But when it started, DeGeneres said she had to dress differently, she had to wear her hair differently and, “I had to wear necklaces, crazy things, really, just,” she joked. 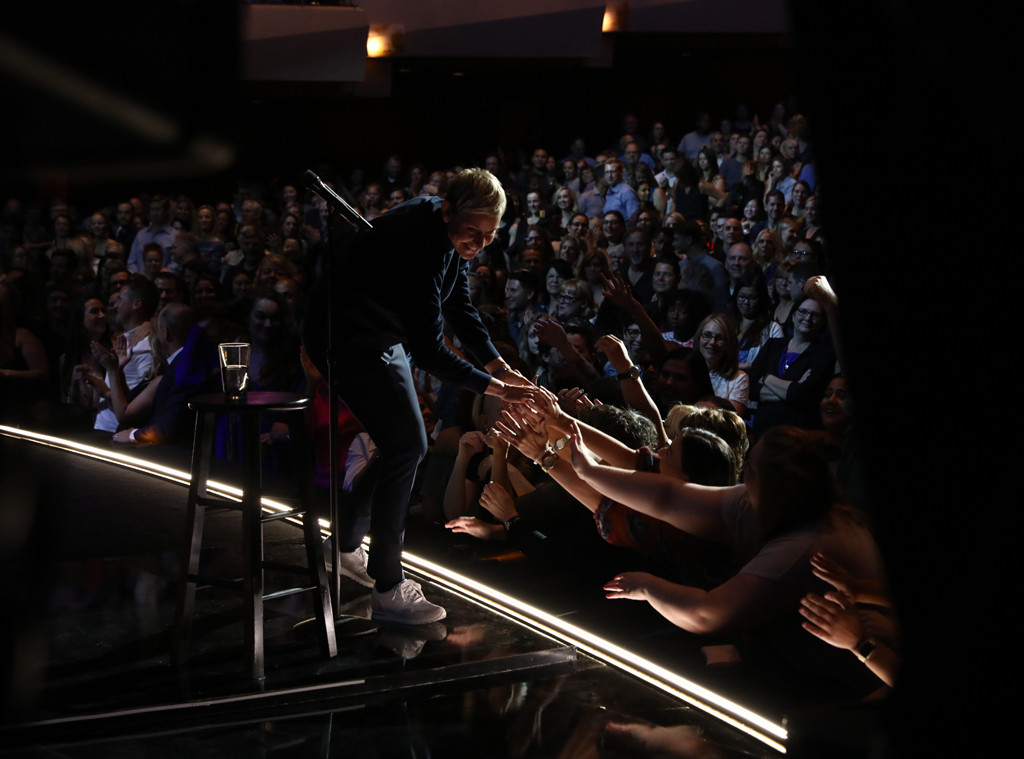 And now DeGeneres is thinking about walking away from the talk show empire. But before she does, she told the story about what started it all—the loss of a girlfriend. In the special, DeGeneres is visibly emotional talking about the death of a girlfriend when she was in her early 20s. She said it changed her life. Her then-girlfriend was in a car accident, which DeGeneres drove past, but didn’t realize it was her girlfriend, and after the accident she had to move out of their shared apartment due to cost.

“I had no job, I had no car, no money, I moved into this tiny basement apartment. You could hardly stand up in it. It was two rooms, I had a mattress on the floor and the entire basement was infested with fleas. There were fleas everywhere,” she said. And that’s when she wrote her first comedy bit, it was about how she wanted to speak to God and ask why creatures like fleas exist, but her girlfriend lost her life.

“It wasn’t meant to be funny…I finished writing it and I read it and I said to myself, ‘I’m going to do this on Johnny Carson and I’m going to be the first woman ever in the history of the show to be called over to sit down to talk to Johnny Carson,'” she said on stage. She had never done comedy before and six years later, she was on Carson and getting invited to come talk to the legendary host.

DeGeneres closed out the set talking about signs and how she believes they do help people on their paths. She told a story about how a dream about a baby bird helped her decide to come out. She put the bird in a cage and the bird became her, and she realized the cage was up against an open window this whole time, with bars big enough to escape through.

“I looked at the bird and said don’t leave, you’re safe in here, and the bird looked at me and said, ‘I don’t belong in here,’ and flew out. The next morning, I woke up and said I’m coming out. Before I had that dream, I didn’t realize I was in a cage,” she revealed.

She said coming out was the best part of her journey, “because it’s when I realized how strong I was,” and at the end of the day, “we’re all the same…and we are all relatable.”