The 27-year-old luxuriated by her Palm Springs pool in the strapless one-piece by her swimwear company, inamorata, which displayed her taut stomach and a glimpse of her underboob. 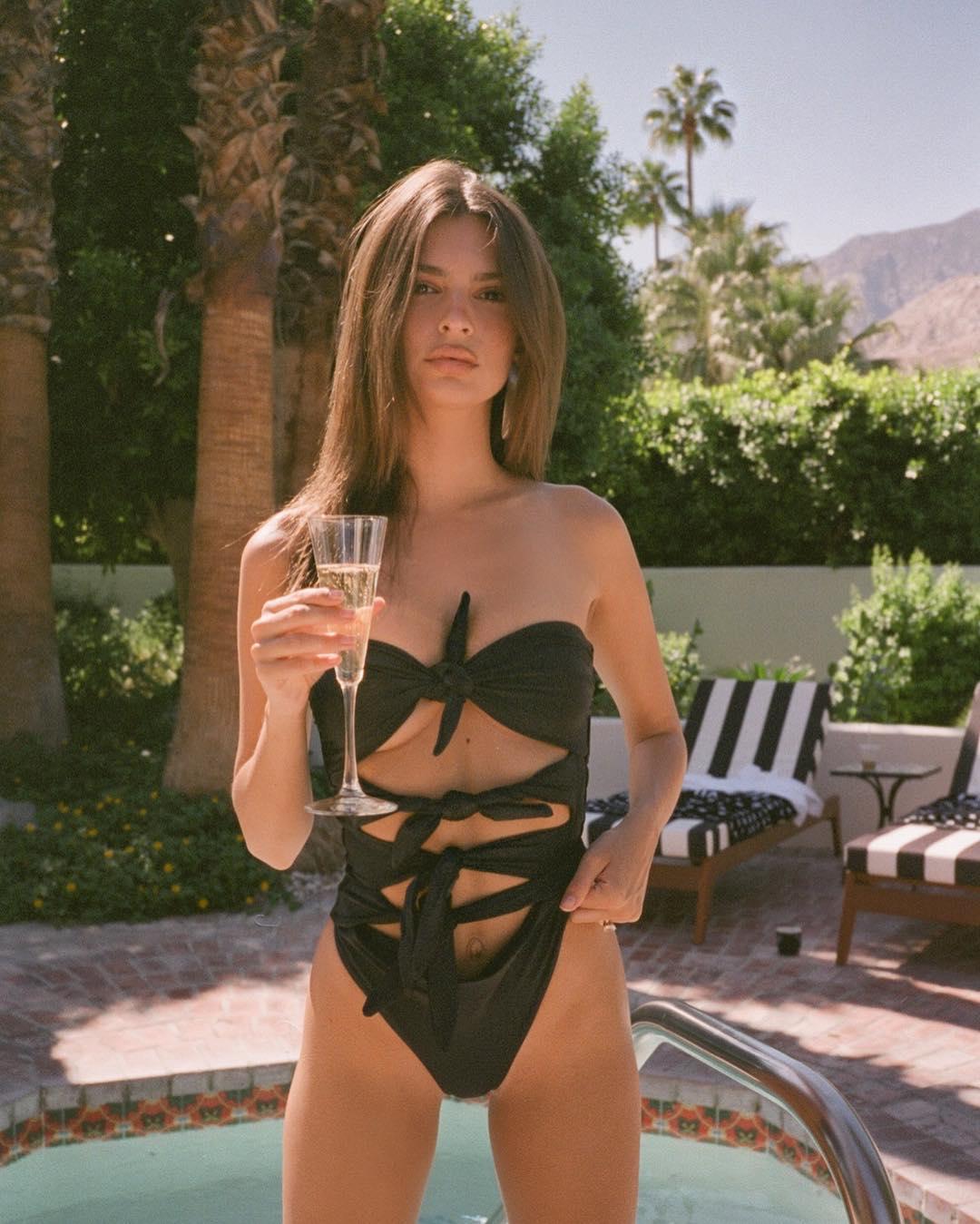 Holding a glass of champagne in one photo, she pulled her high-thigh cut swimsuit higher over her hips while her brunette locks fell down her shoulders in a straight style.

Emily, who has made the transition from modelling to film, worked the camera and highlighted her toned behind in a sizzling belfie.

The pulse-racing shots come as Emily wowed fans after stripping off for a steamy sex scene in new film Welcome Home.

The actress shows off her body in black underwear in the clip – which also features Breaking Bad's Aaron Paul. 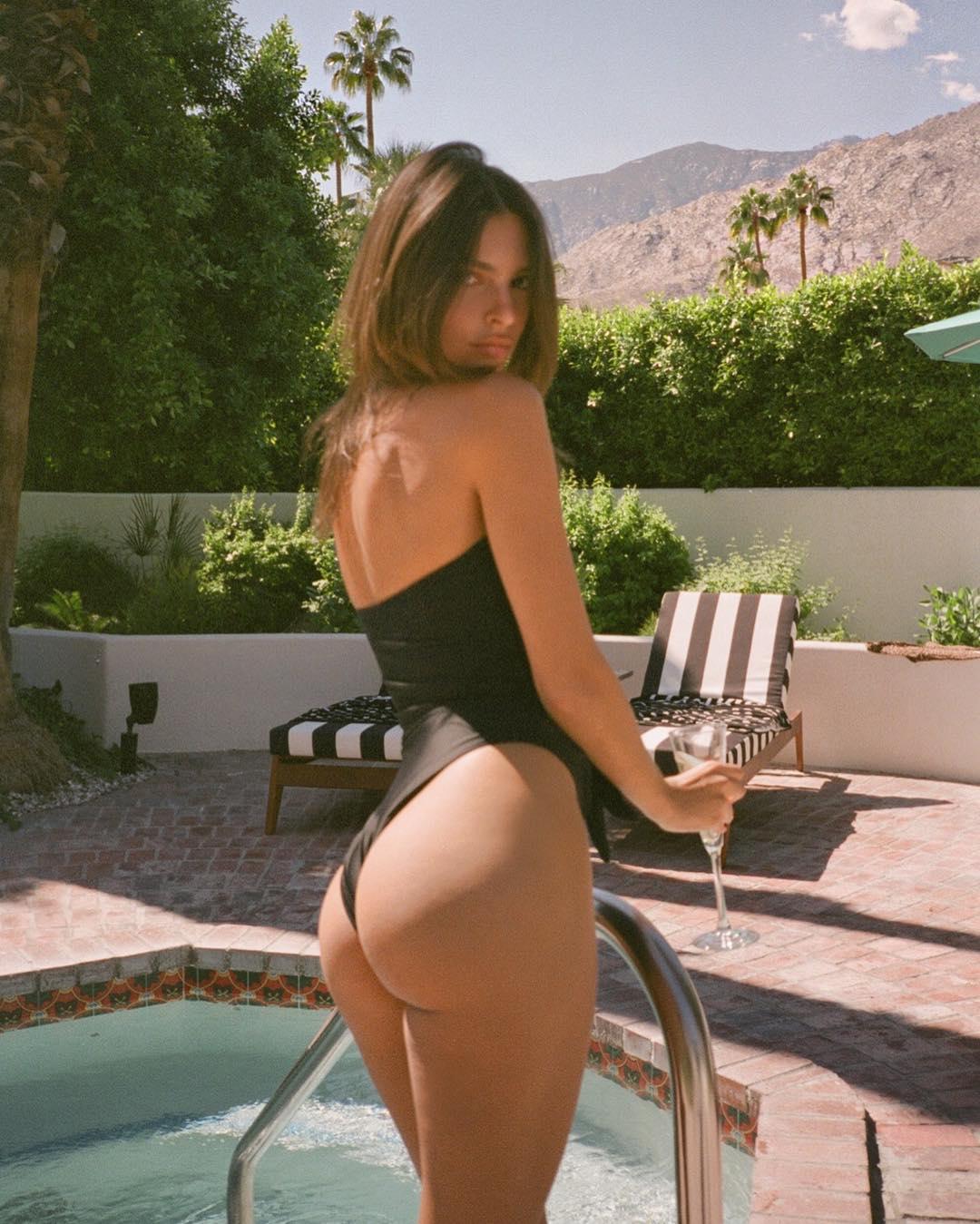 Other scenes show Emily and Aaron, 39, share a passionate smooch in a swimming pool after dark.

The brunette beauty – who plays Cassie in the film – also appears to get caught half-naked by a hidden camera as she gets changed in a bedroom.

Thriller Welcome Home tells the story of a couple who spend the weekend in a rental home in the Italian countryside in a bid to repair their relationship.

However, all is not as it seems and the pair soon become victims of the homeowner's sinister plans. 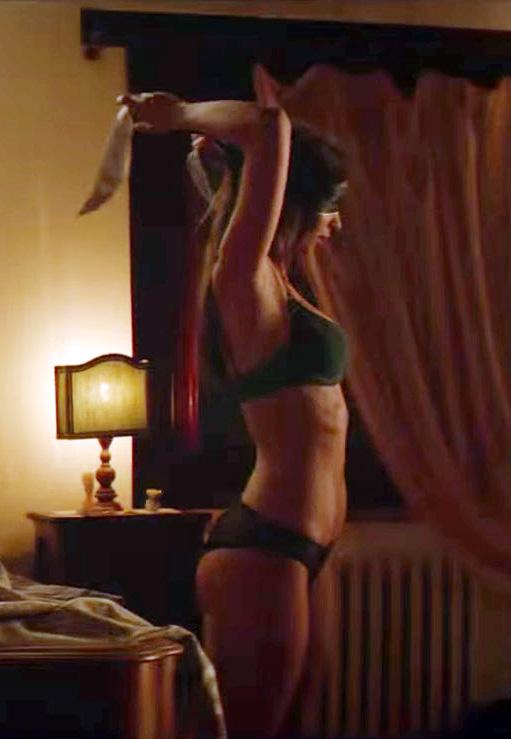 Emily made a name for herself after she appeared in Robin Thicke's music video for Blurred Lines and acted alongside Ben Affleck in Gone Girl.

But the star, who is better known for posing in her bikini these days, recently revealed she’s desperate to bag some more leading parts in big blockbusters.

Speaking to Pop Sugar, she said: "I would love for more acting, and the biggest struggle at this moment is finding projects that really speak to me and that I really feel excited about…

"I think finding the right projects that really get me excited. And I don't mean the big studio movies with this director or that director, but things that are fun.

"It's a group project, basically. I want to find good groups to make stuff with."