Emmerdale: Cain Dingle and Moira reunion – will they get back together in 2020? – The Sun

2020 is here but it is the same story different year for Cain and Moira, who have separated after the Emmerdale legend found out Moira cheated on him with his estranged son Nate Robinson.

Emmerdale's most popular couple have overcome challenges and obstacles before, but will this one prove to be a bridge too far? 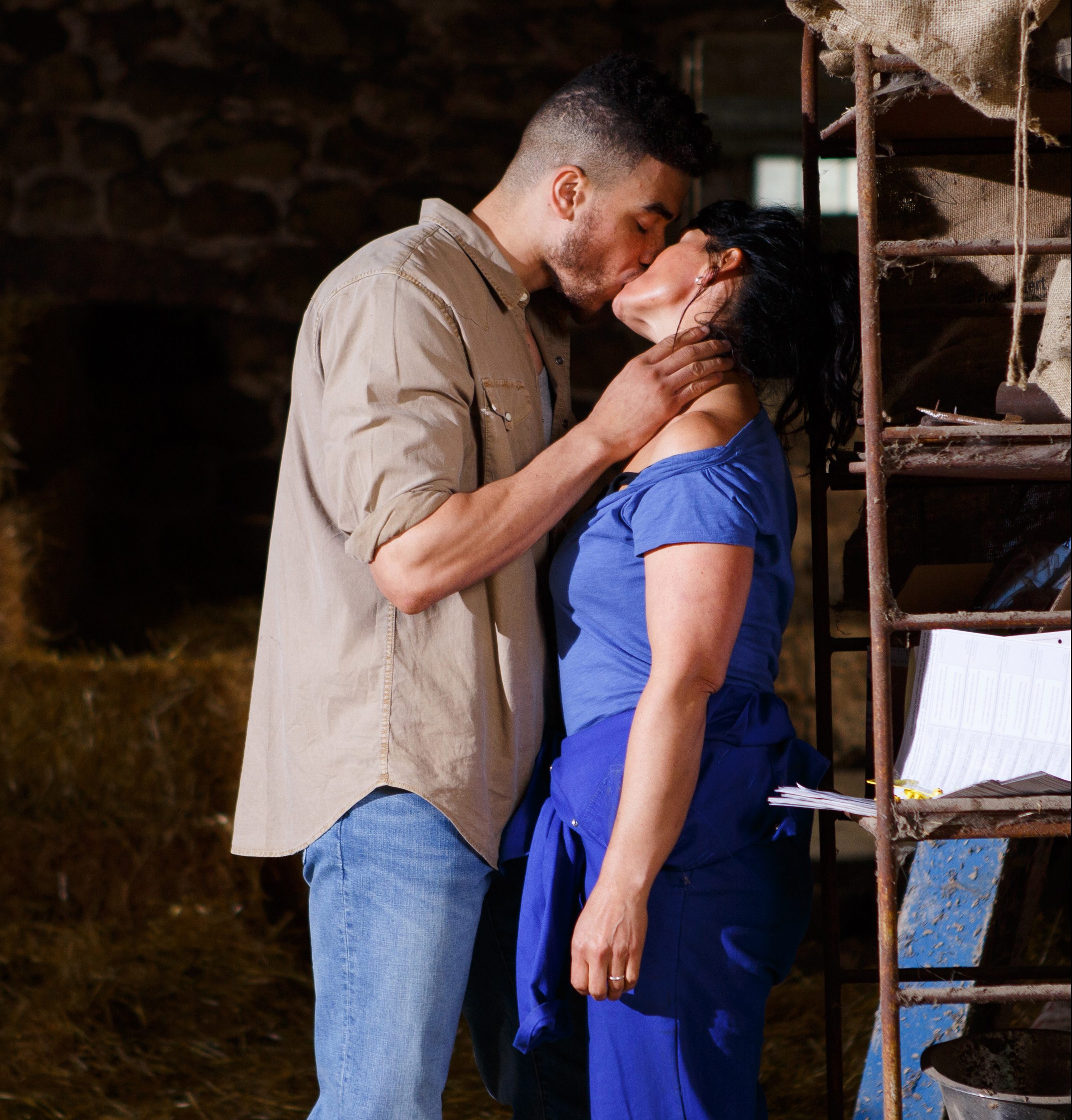 What happened between Moira and Cain?

Moira and Cain got married in 2014 and have endured a rocky five years together, most recently with the Scotswoman having an affair with Nate.

In August 2019, after trying to seduce his boss several times, Moira gave in to the temptation and began an affair with the young farmer.

Moira tried to end things with the 26-year-old but time and again he found a way to reel her back in and the two would even sneak off to his caravan to get some time alone.

In late September Cain returns from visiting daughter Debbie in Scotland and asks Moira about her recent behaviour, as he begins to notice that something is not right.

He continues to be suspicious and his mother Faith later becomes involved, convinced that Moira is having an affair with Pete.

The mechanic was understandably furious and in typical Cain Dingle fashion, he lured Pete to the farm and tied him up.

Pete pleaded his innocence and told Cain it was Nate who Moira was sleeping with.

The next day Cain planned a surprise boat trip with Moira and Nate, and took them right out into the middle of the lake to reveal he knows his wife has been sleeping with someone else.

Cain and Nate get into a tussle and unexpectedly calls Cain "dad", revealing he is Cain's son from a  previous relationship and that he had seduced Moira to make his father's life misery. 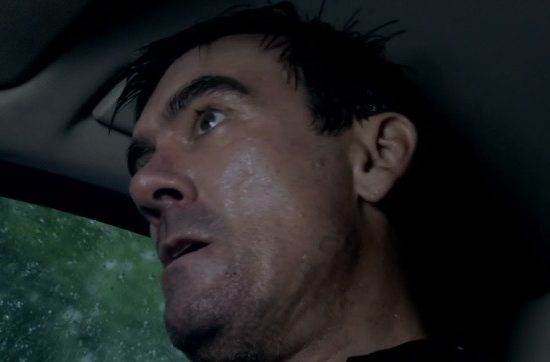 Do things look like they are changing for Cain and Moira?

So far things couldn't be more bleak for the troubled pair.

Moira tried her best to get her husband to forgive her and even kissed him to see if it would re-ignite their spark.

Instead, Cain wanted to make his wife suffer and feel the pain that he felt, and had a one-night stand with Kerry Wyatt in their bed.

Cain has since continued to find ways to put Moira down, most recently in yesterday's New Year's day episode when he launched a scathing attack on her in the pub.

When Moira was supposed to meet a potential new client, Cain criticised her for saying she "sleeps with every bloke she works with."

Cain has also significantly limited Moira's time with children Isaac and Kyle, especially as Moira has now started to drink and was seen passed out on the sofa with Isaac crying upstairs. 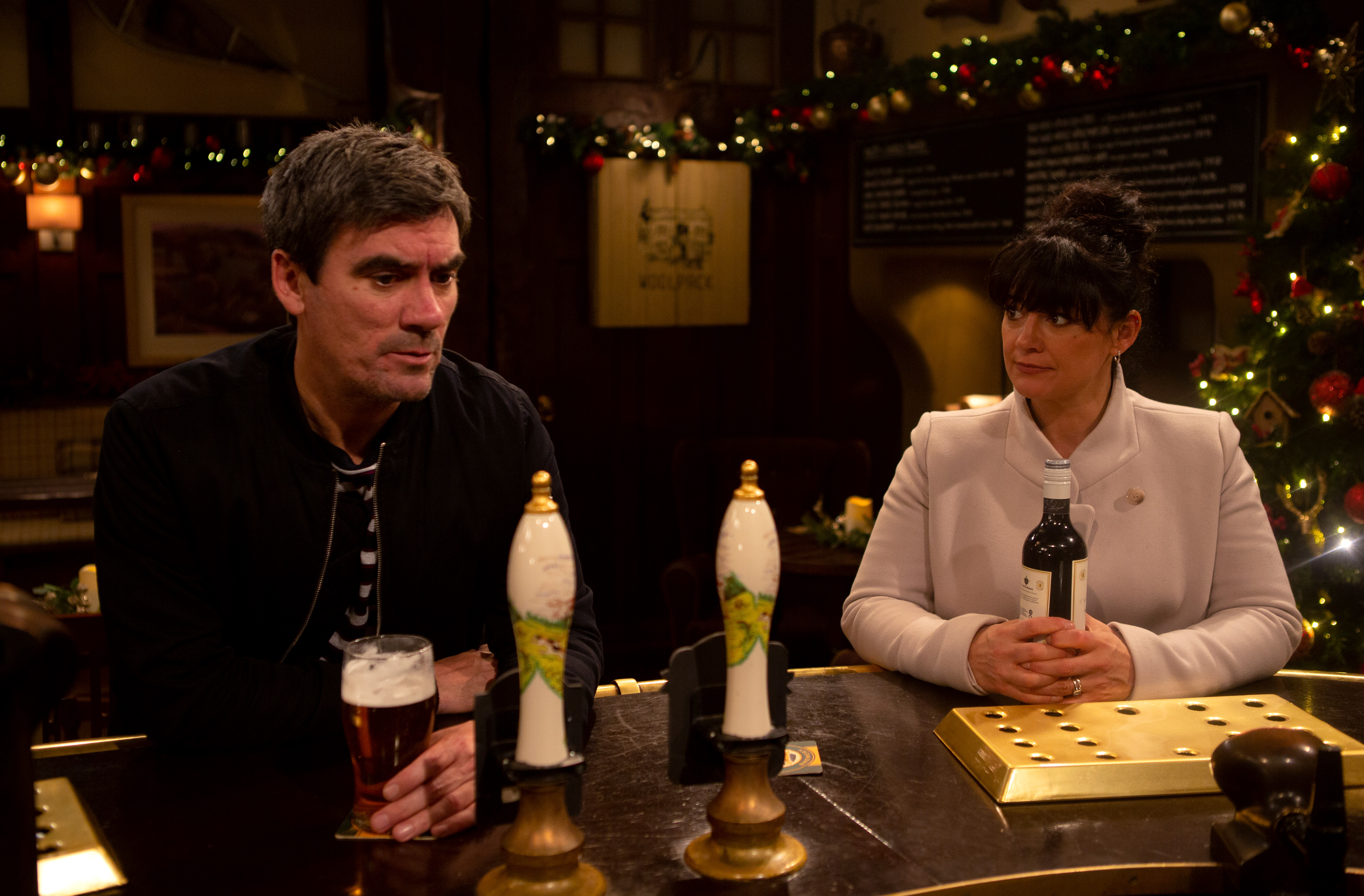 Will Cain and Moira get back together in 2020?

In soapland there is always a chance that a couple can get back together despite what may have happened in the past.

But it appears that the split between Cain and Moira will in fact be long term, after it was reported that Jeff Hordley who plays Cain, said he believes their relationship is over for good.

The actor said: ‘The consequence of this storyline sadly means that Cain and Moira are no more. And who knows if they will ever get back together?"

Hordley then went on to say that we will see a more volatile version of Cain, and he certainly was not wrong about that.

Time will tell just how much worse things will get for the once incredibly strong couple of the Yorkshire Dales.