The newcomer needed no introduction as he raged at an apologetic Doug Potts (Duncan Preston) and told him he was going to sue, prompting fans to suspect his intentions are strictly money motivated. 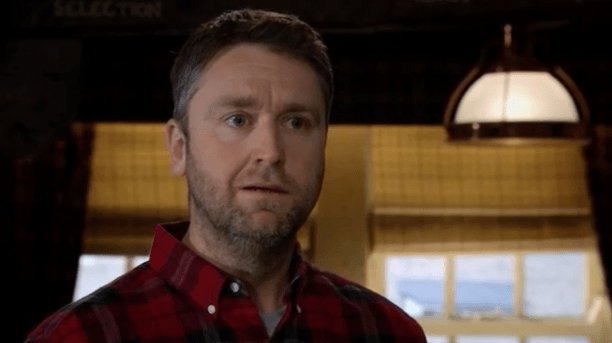 When Doug – who has unknowingly been frame for Gerry's death – told Terry he was sorry for what had happened, adding that he'll "never forgive himself", the supposedly grief-stricken character hit back: "Well, that makes two of us.

"Do you know I taught him how to ride a bike, I can still see his little face when I let go for the first time. "That's all I've got left. Memories, because you took him from me."

Told that suing wouldn't change the fact he's nephew is dead, Terry (Daniel Casey) slammed: "It'll bring justice. Gerry deserves that. The man who killed him can't just get away with it."

Lachlin White – who was actually behind the teen's murder – then jumped to Doug's defence, insisting that it "wasn't his fault". 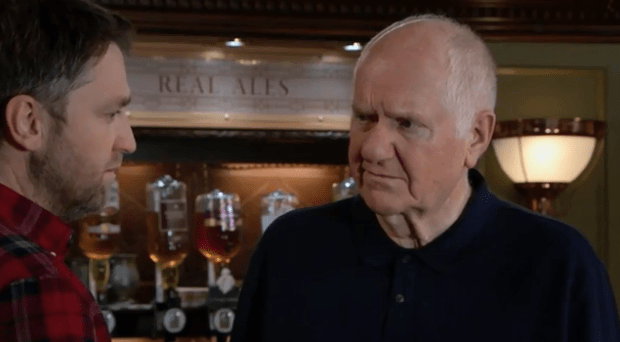 "I thought you were always Gerry's best mate," Terry seethed. "Then show a bit of loyalty."

Turning to Doug, he warned: "And don't even think about coming to the funeral, you'll be kicked out.

"The next time I see you it'll be in court."

But viewers are convinced Terry isn't as loyal as he's making out, with some suspecting he will be unmasked as con man. 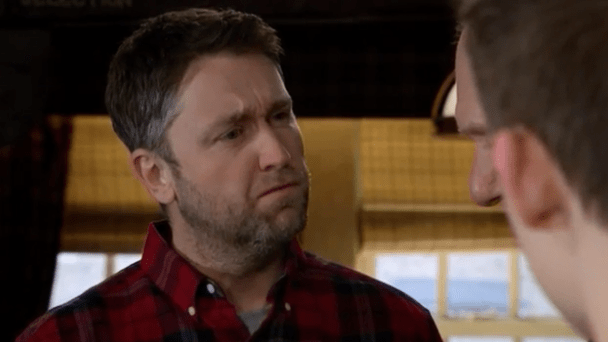 One watcher wrote: "I'm having a niggle…. something isn't right about Terry. He's not on the up and up. #robron #emmerdale."

"Is it just me or was Lachlan looking at Terry with suspicion? not like just curious about what was happening in front of him, but actual suspicion. #emmerdale #robron," another chimed.

"The scene in the pub with all the characters in there was really really good. & yeah something is off with "Terry. Con man probably. #emmerdale," wrote a fourth. 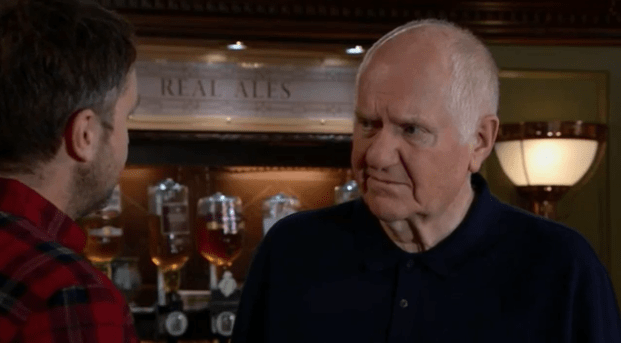 Viewers watched as Gerry fell down the dodgy scaffolding at the B&B last week.

But it was in fact his pal Lachlan who was behind his death as the twisted youngster caved his head in with a brick for fear he would let slip his murderous secrets.