During Thursday night’s second episode, Daz, played by Mark Jordon, was taken in for police questioning after they thought he was chatting to her under a different name in an online chat room. 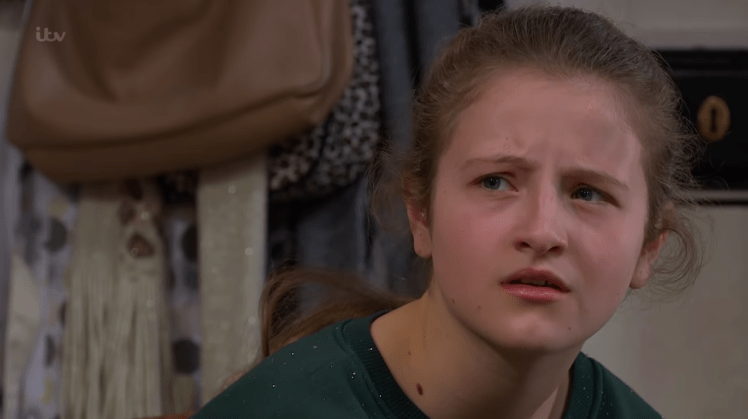 Amelia (Daisy Campbell) asked when she was able to come home and she was told by the person that she had to remain away.

Daz denied to the police that he was involved and was released before cops later went to his brother Dan’s (Liam Fox) house to tell him they had seen her on camera in town.

Showing him an image on a laptop, Amelia could be seen walking along the street accompanied by what appeared to be a female.

However, none of her features were visible as her face could not be seen and her head was covered with a hood. 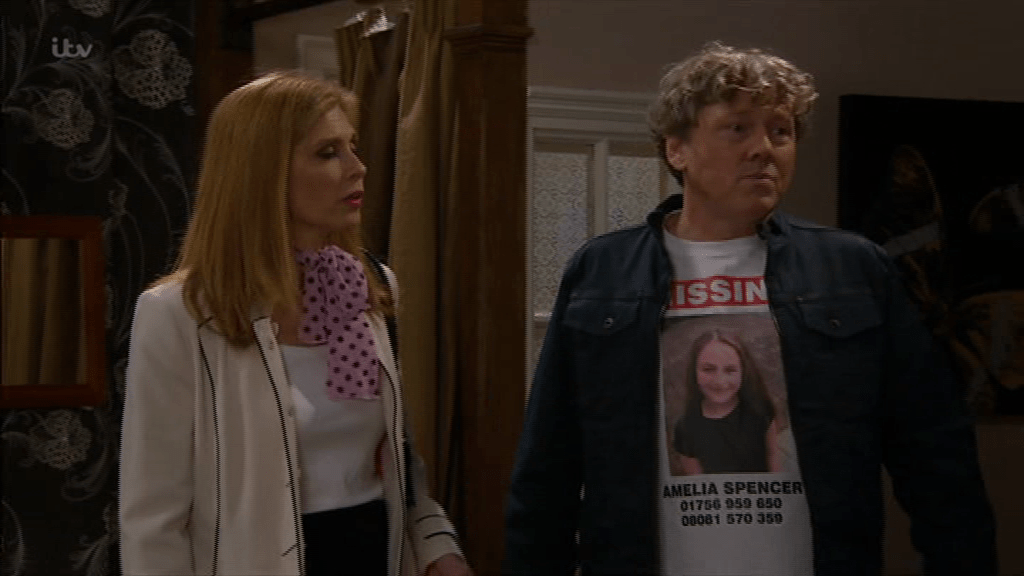 But viewers are convinced they know who Amelia is with – the daughter of local GP Dr Liam Cavanagh, Leanna Cavanagh (Mimi Slinger).

Fans first became suspicious of Leanna after she made a phone call in a previous episode.

The teen acted shiftily when she received a flyer about Amelia and made a call to the missing helpline.

With a glint in her eye, she said: “Hello? Yes, it’s about Amelia. 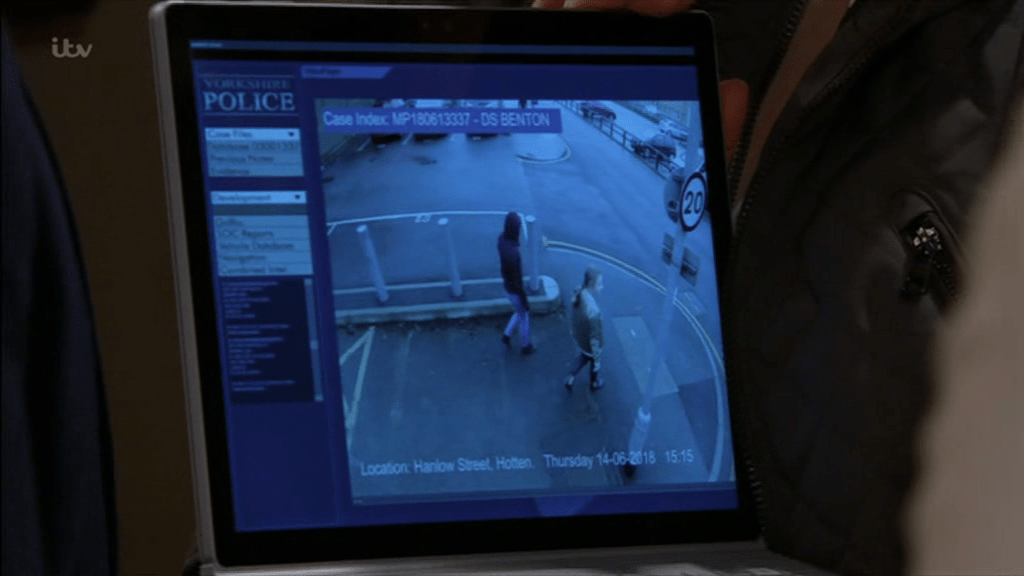 “Do I have any information? Well that depends whether or not there is a reward.”

And viewers believe Leanna is telling Amelia not to come home until can get her hands on the reward money.

One enraged watcher tweeted: “I BET THAT BLOND B**CH LEANNA HAS AMELIA I F**KING KNEW SHE WAS A SHADY H** #emmerdale.” 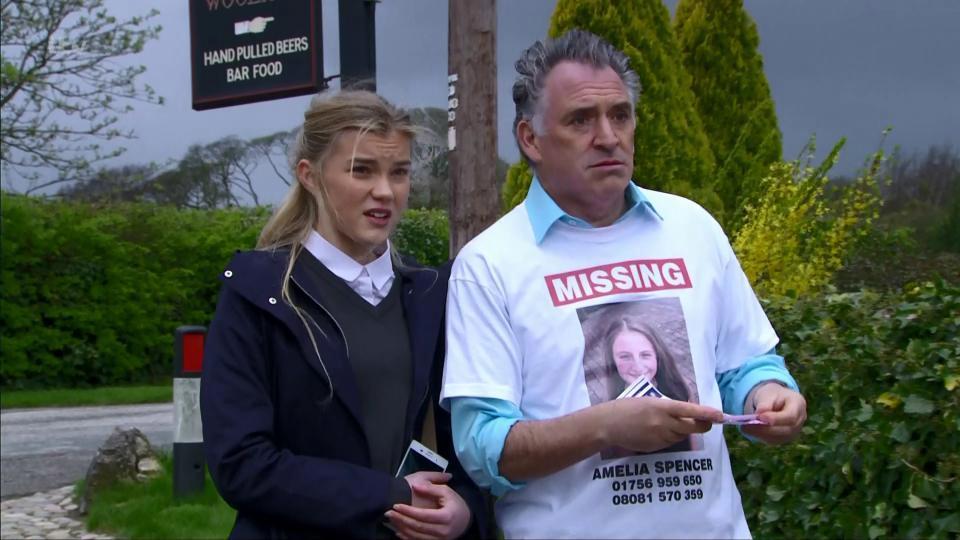 Another person wrote: “Is it that blonde brat that has her #Emmerdale.”

One other person commented: “I feel like Leanne has Amelia but what does she want with her? Is it for the reward and then claim she found her?? #Emmerdale.”

And someone else remarked: “I have a feeling this Leanna (the doctor’s daughter) is the person with Amelia #Emmerdale.” 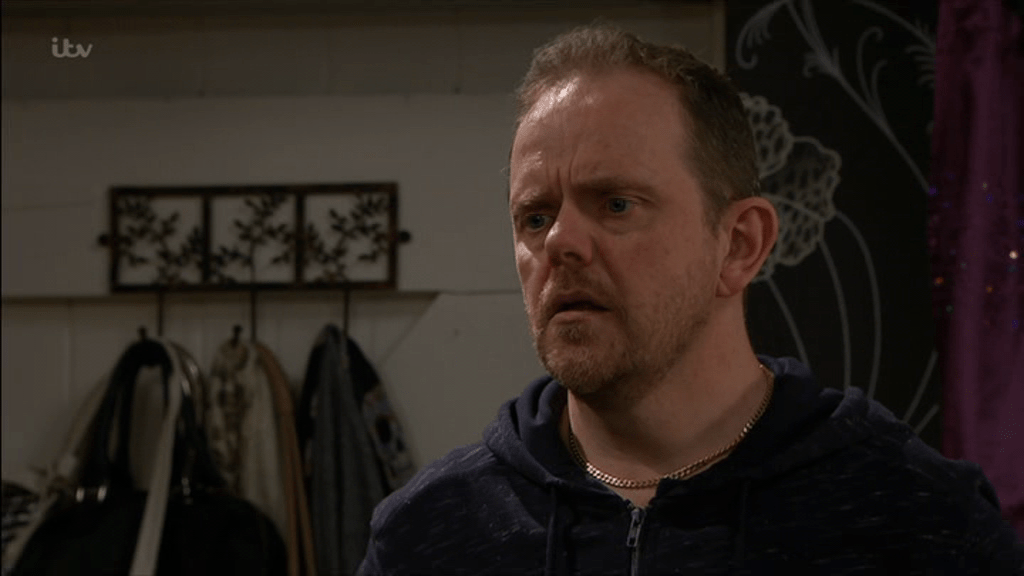 Amelia disappeared after it was revealed Daz is actually her biological father and not Dan.

Mark Jordon, who plays Dan, recently spoke to The Sun Online about the soap storyline, saying: “It definitely turns dark and there are some really upsetting scenes to come…

"There's a lot [of talk] about Daz kidnapping her, since he has been pushed out of the village from his brother. 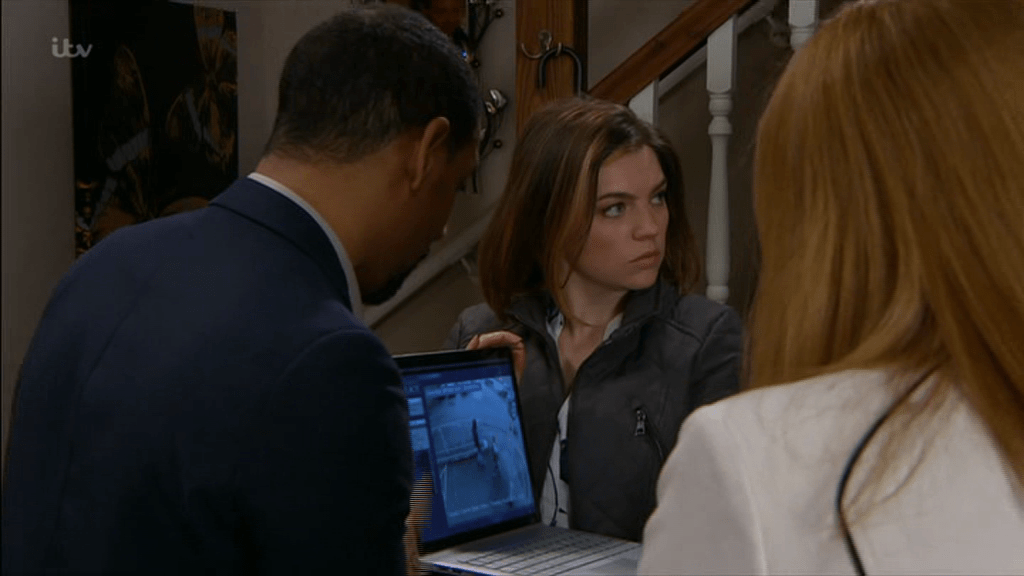 “It may be one of numerous things but I think that whatever has set it off – it might be the surprise later that everybody else will invest in.