In scenes at the end of tonight's episode, Lachlan leaves his cabin in the woods while a large suitcase is seen inside alongside a carved message which reads: "Lachlan is a killer." 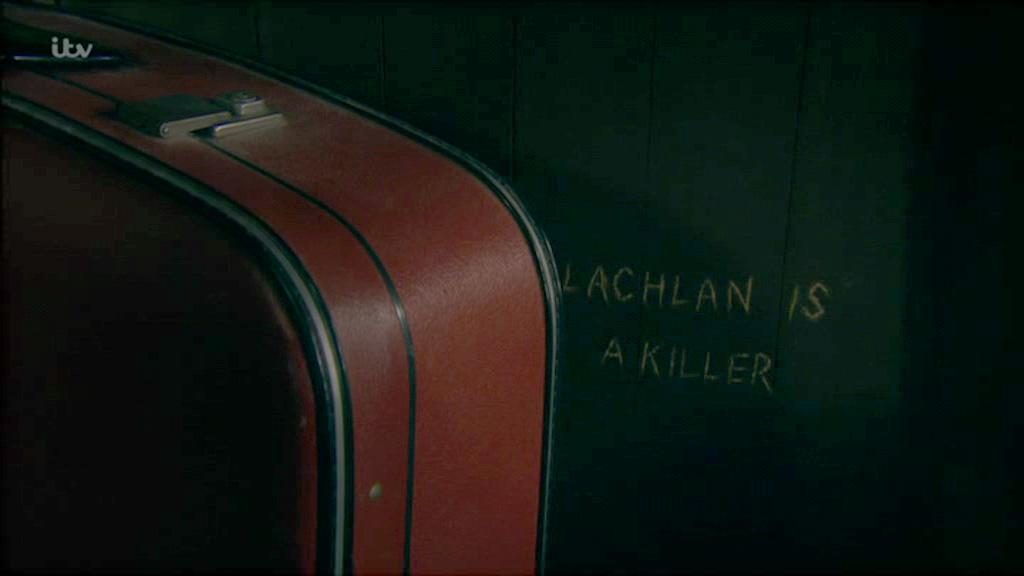 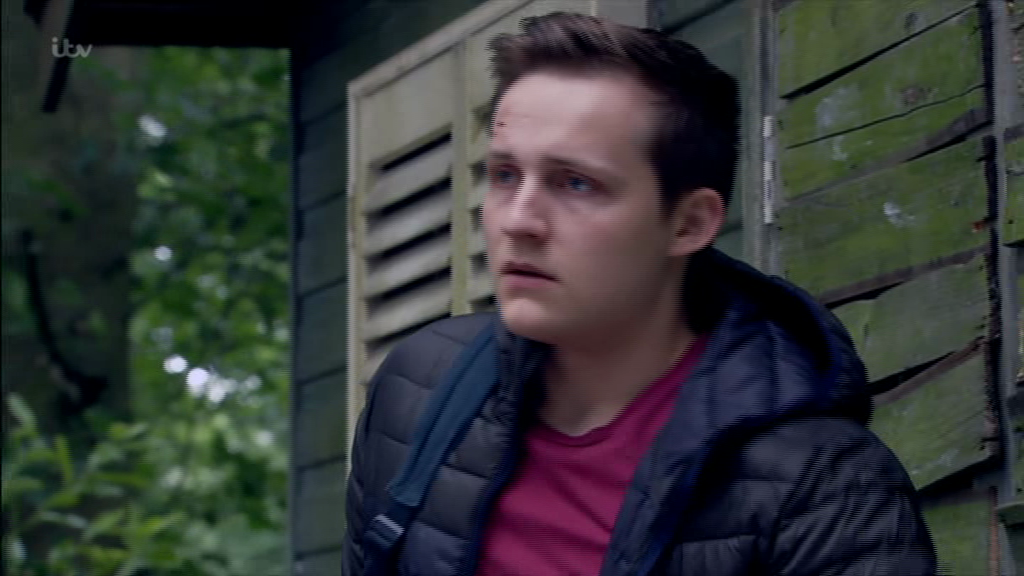 There was no sign of Rebecca after Lachlan strangled her after foiling her escape attempt last night.

But fans were quick to conclude that she had become Lachlan's latest victim with her body hidden inside the case.

One tweeted: "Who would have thought that Rebecca would fit in that suitcase and still shut it. That is she's in it?!"

Another added: "I really doubt Rebecca is still alive in that suitcase. Unless of course Lachlan is thinking of using her as a ventriloquist’s dummy." 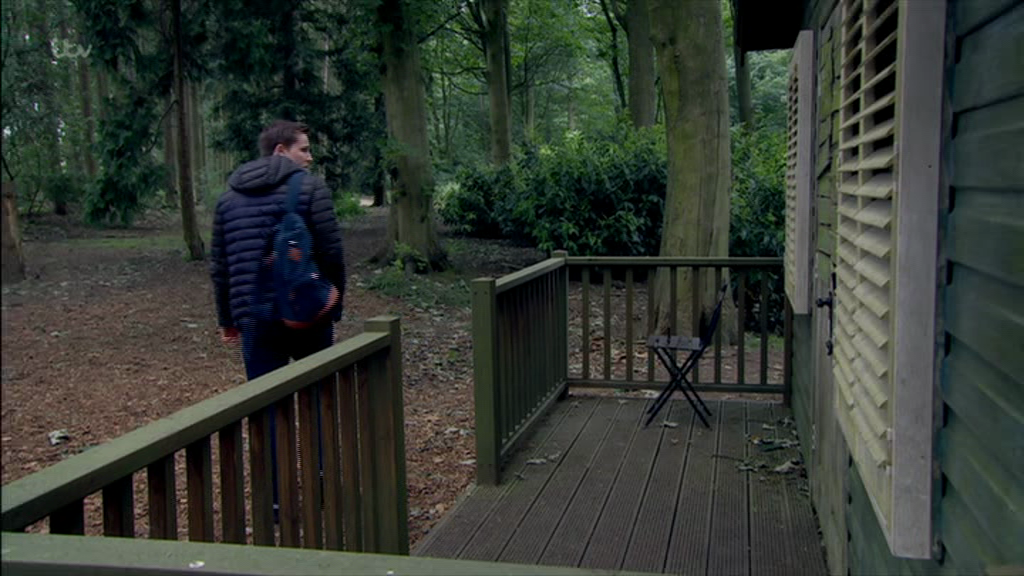 A third added: "Please say Rebecca’s body ain’t cut up and in that suitcase??"

While a fourth chimed in: "Ummm, is Rebecca in that suitcase?"

Fans were desperate to find out what happened to Rebecca but tonight the soap gave few clues.

One fan tweeted: "Rebecca can not be in that suitcase  what on earth is going on?" 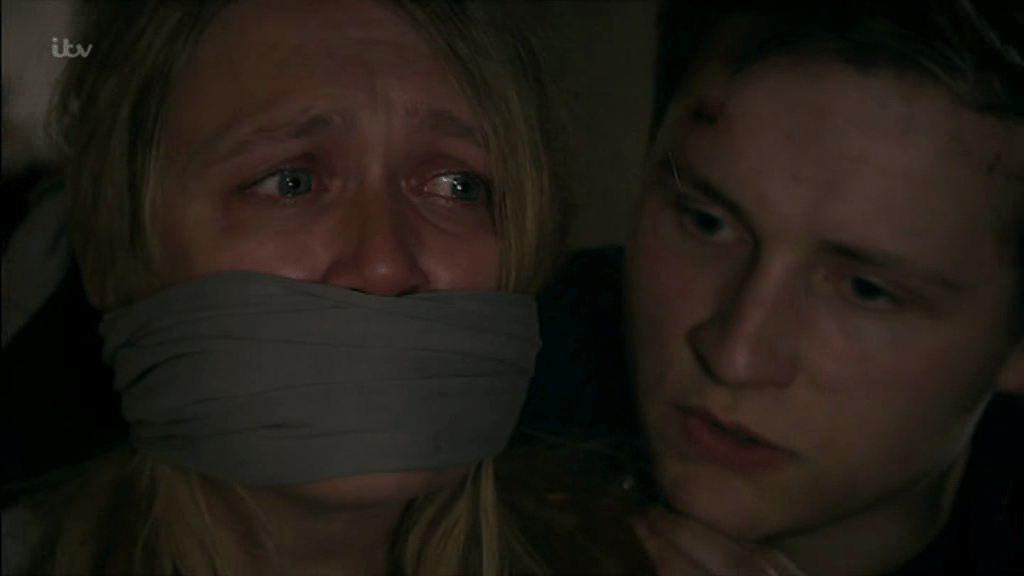 Last night, the multi-millionaire barmaid – who is played by actress Emily Head in the ITV soap – finally escaped from her deranged nephew in only to be recaptured and try to escape again.

Having wrapped the gag around her mouth, Lachlan began to suffocate her as she desperately fought to survive.