The backlash occurred after Thursday night’s double bill, which saw Bob tie the knot with partner Brenda after the pair decided to put his affair with Laurel Thomas behind them.

Nonetheless, it seems the marriage wasn’t to be. 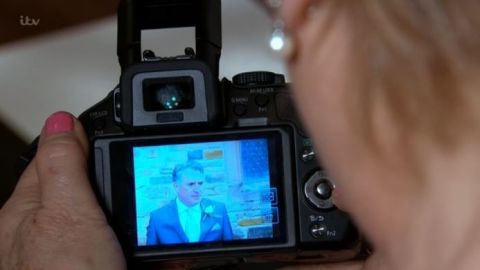 Indeed, once Brenda cast an eye over the wedding pictures and saw Bob looking miserable when the camera wasn’t on him, she rushed out of the ceremony telling Bob that she couldn’t do it anymore.

The credits then rolled, with the ITV announcer expressing his sympathy for Bob being ditched at his own wedding.

“Poor Bob,” said the announcer, and viewers – with the full context of this situation – were having none of it.

Here are just a few of their reactions:

“‘Poor bob’ is this voice over guy having a laugh,” said one viewer. “If Bob kept it in his pants he wouldn’t be in this situation.”

“The voice guy at the end saying ‘poor Bob’ is really angering,” added another. “Not poor Bob at all he chose to have the affair, his own fault.”

Digital Spy Soap Scoop video – hit play below for all the latest Emmerdale spoilers, as Bob and Brenda’s dramatic wedding day arrives and Debbie gives into temptation with Joe.