Emmerdale has revealed a first look at the aftermath of this week’s shock shooting.

Show bosses have warned fans to brace themselves for a horrifying situation in this Thursday’s double bill (May 24), as a gun showdown leaves one villager fighting for their life.

As we’ve previously revealed, Ross Barton (Michael Parr) is at the centre of the drama when he gets his hands on an old-fashioned gun and takes it along to Home Farm in a dark mood.

Once he arrives, Ross holds Joe Tate at gunpoint – wanting answers over why he paid Simon McManus to keep quiet over the truth about the acid attack. 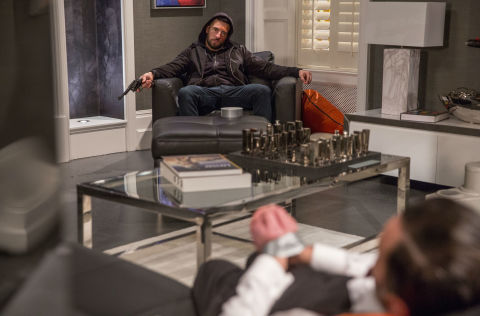 Deciding that honesty is the best policy on this occasion, Graham tells Cain everything that happened in the lead-up to the shooting.

Cain leaves again once he’s satisfied with the answers that he’s been given, but Graham and Joe are both convinced that he’ll now take revenge. 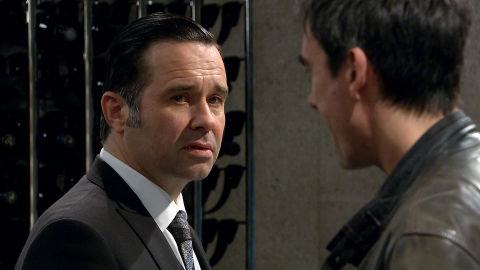 Later on, Cain arrives at Ross’s house, suggesting that they need to talk. Should Ross be worried? And exactly why is Cain so angry?

We’ll get all the answers we need this Thursday when the shooting scenes air and the victim is officially revealed, but it now seems likely that it’s a situation very close to home for Cain. 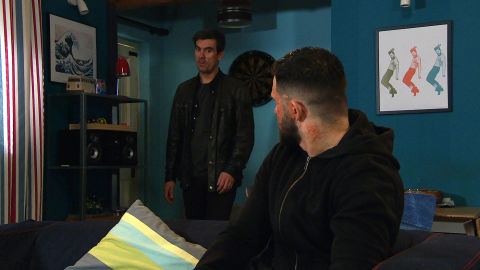 Emmerdale airs these scenes on Monday, May 28 at 7pm on ITV.

Digital Spy Soap Scoop video – hit play below for all the latest Emmerdale spoilers, as a shock shooting rocks the village and Brenda is accused of taking revenge.