Incandescent with rage Cain, played by Jeff Hordley in the ITV soap, heads to Home Farm, wanting answers from Joe Tate about what happened that night. 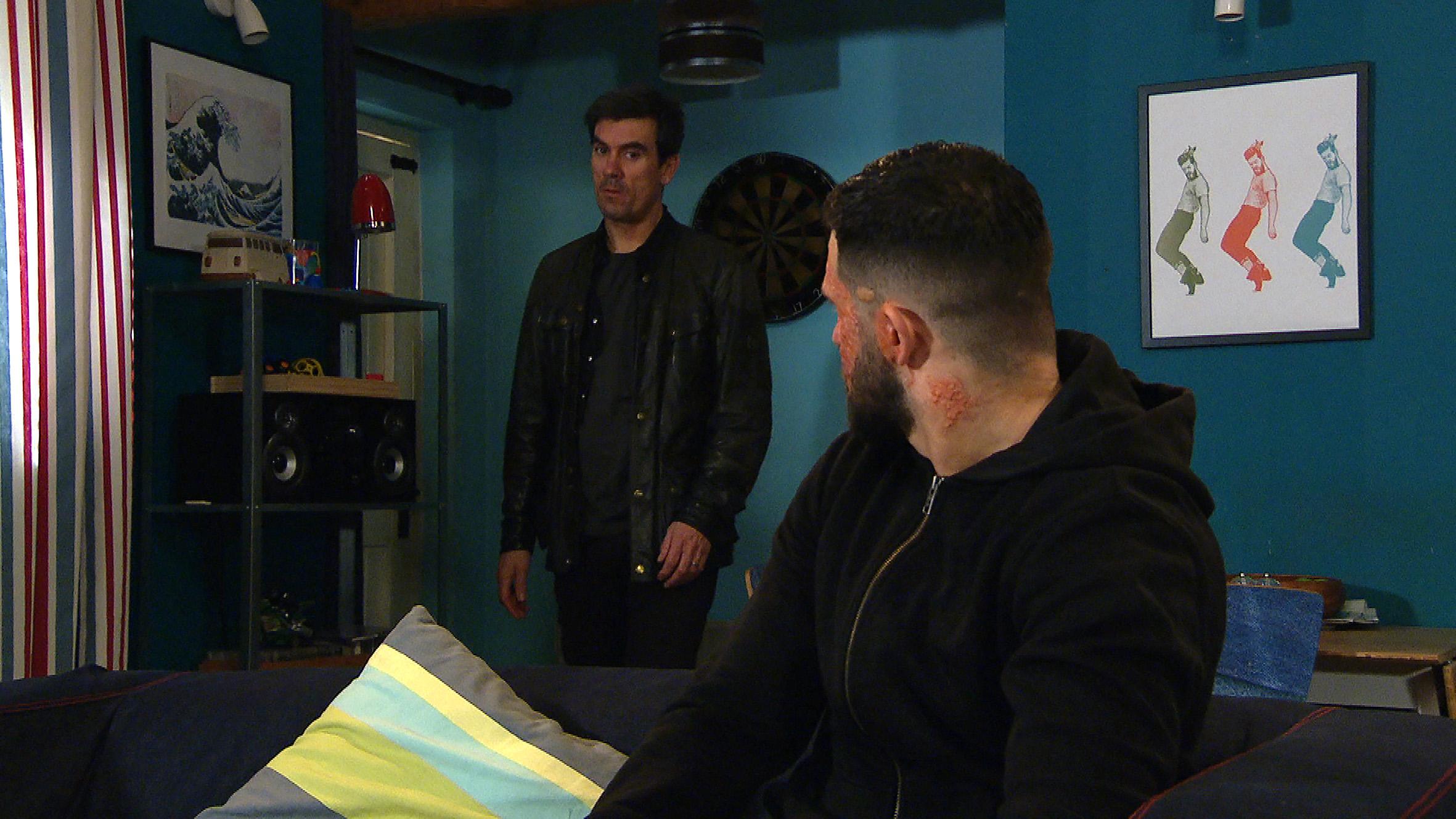 It’s Joe’s mysterious right-hand man Graham Foster, former Downton Abby star Andrew Scarborough, who Cain gets though, but Graham is happy to talk him through what happened at the farm that night.

He also explains to a raging Cain everything that happened in the events leading up to the shooting.

Cain leaves and Graham and Joe are convinced that Cain will take revenge.

Meanwhile Cain arrives at Ross’ and suggests they need to talk. 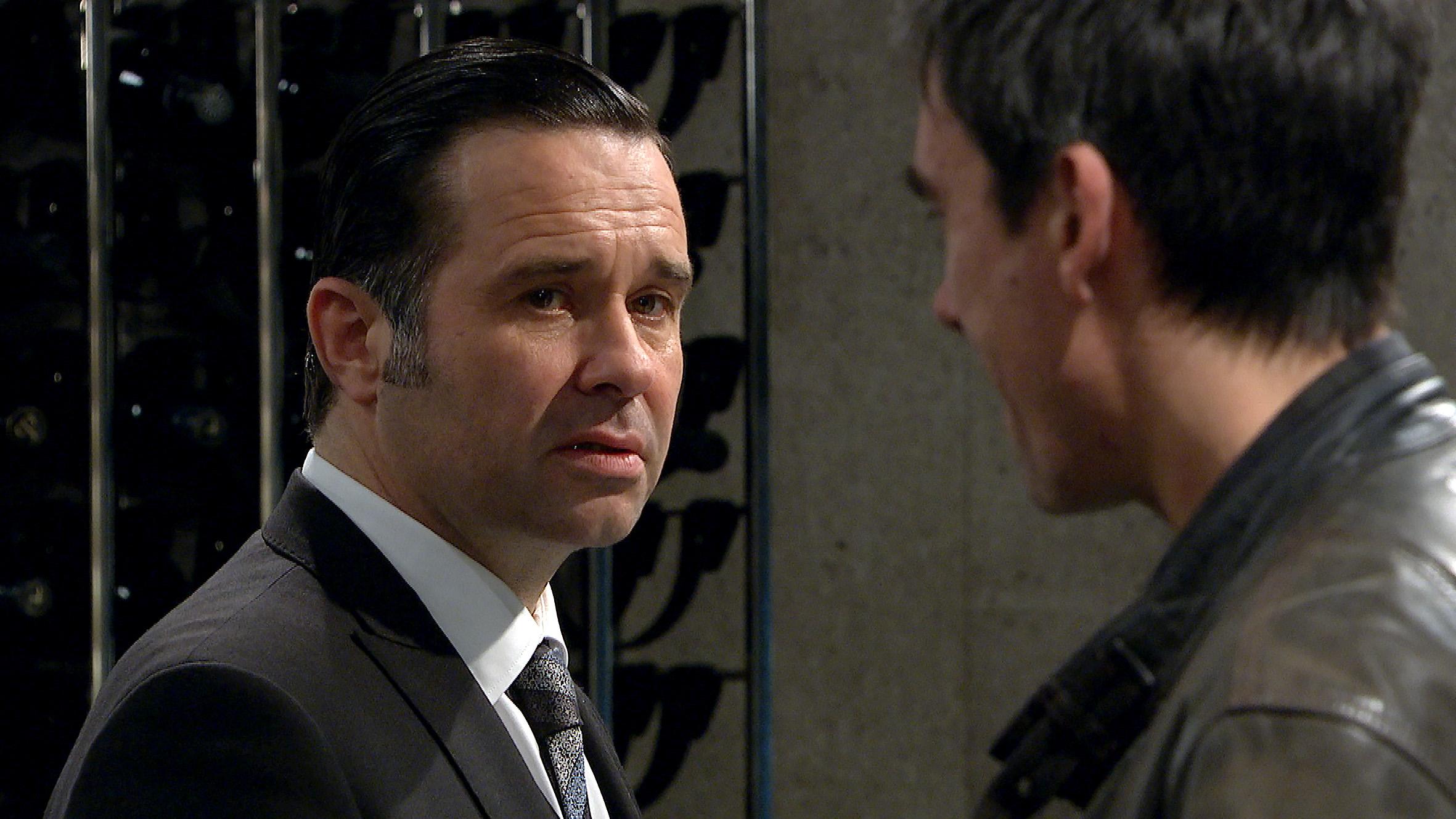 A mystery villager will get shot in dramatic scenes this week as Ross discovers that Joe paid acid throwing Simon McManus to keep quiet about something.

Ross puts two and two together and decides it must’ve been Joe who ordered the attack and is now paying Simon for his silence to keep himself in the clear.

As viewers know it was actually Ross’ ex girlfriend Debbie Dingle who ordered the attack, but she originally meant it for now-boyfriend Joe. Yep, it’s confusing.

Ross, who has been left permanently disfigured by the acid attack earlier this year, is seeking his own justice after Simon walked free from court. 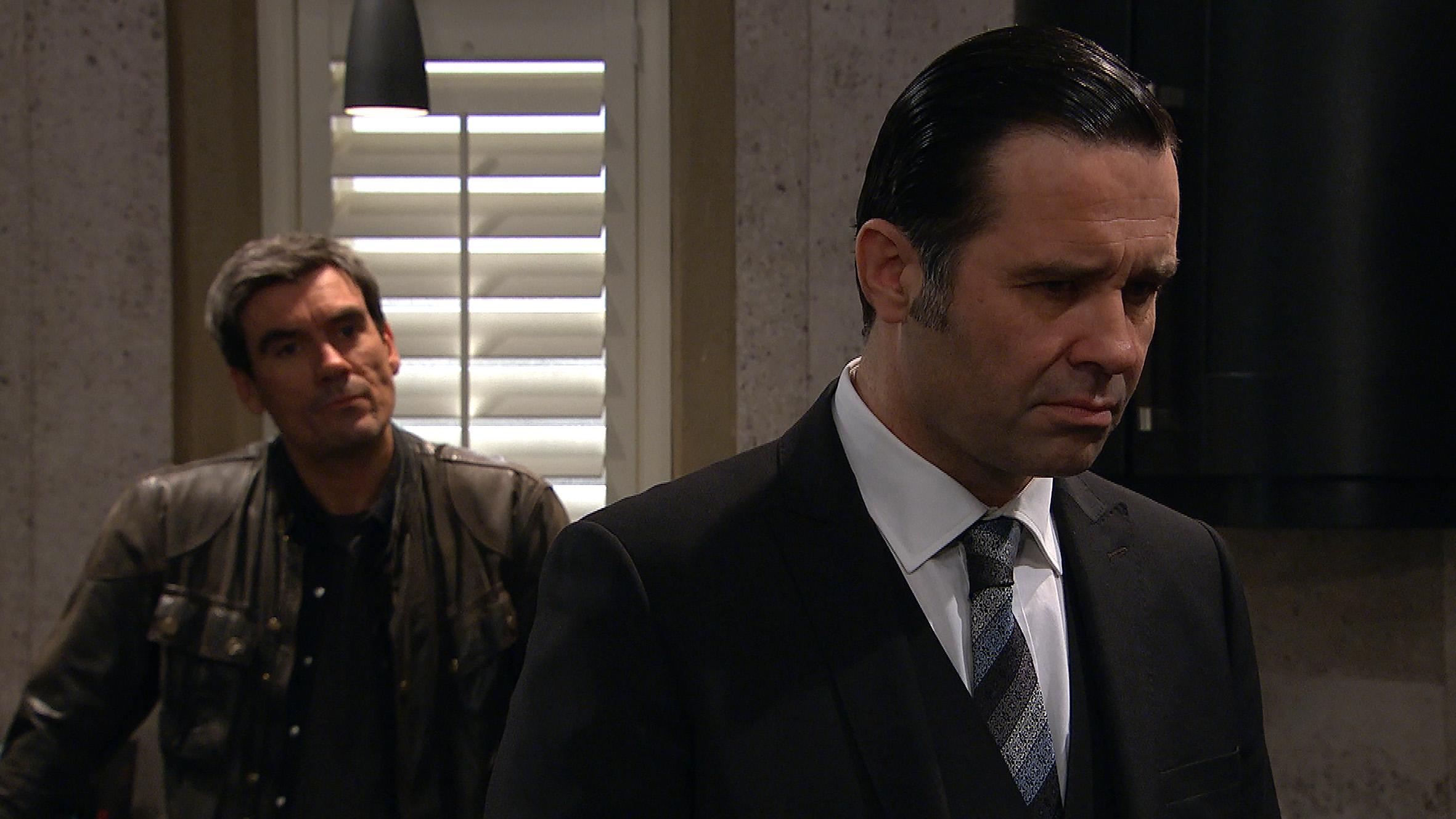 But now Joe’s name is in the frame, Ross thinks he will get his revenge this way and heads over to Home Farm brandishing a gun.

He ties up Graham and waits for Joe, who is shocked to find Ross and his weapon waiting for him.

The men scuffle and the gun goes off – but who is shot?