During tonight’s episode of Emmerdale, Kim Tate (played by Claire King) realised her symptoms were getting worse after she suffered another blackout. Later, Gabby Thomas (Rosie Betham) discovered Kim was poorly after noticing she had been looking up her symptoms online. Kim’s suspicions of Gabby are raised when she offered to help her with the running of Home Farm. Could Gabby plan to kill off her future mother-in-law so her child has a greater chance of inheriting Kim’s fortune as a result?

The ITV soap opened with Kim lying lifeless on the floor with smashed glass all around her.

She was found by a panicked Lydia Dingle (Karen Blick) who tried to convince Kim to see a doctor.

“You need to see a doctor,” Lydia protested.

“For the final time, no,” Kim replied after regaining consciousness. “I’m fine.” 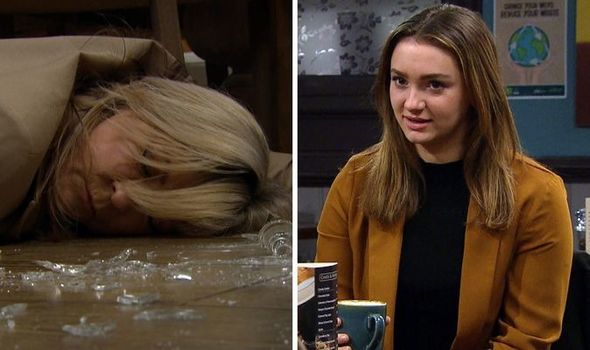 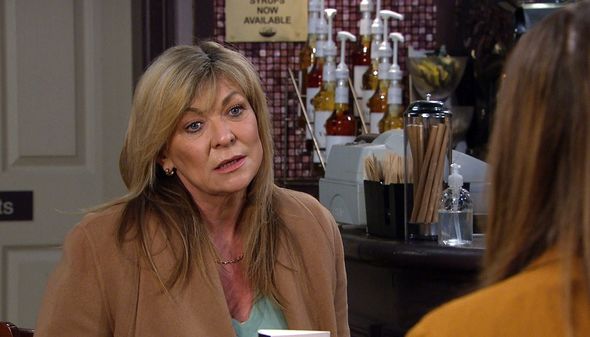 Kim tried to reassure Lydia by explaining she “must have just fainted”.

However, Lydia isn’t convinced and tried to persuade her once again to see a doctor.

“Something is seriously wrong Kim,” Lydia told her.

“Look, I don’t want to worry you even more but it could happen again. Please will you just let me run you to the hospital?” 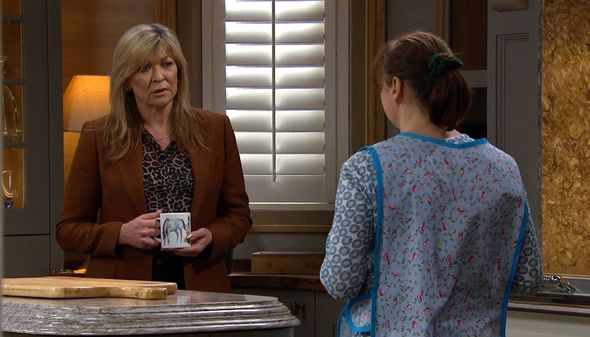 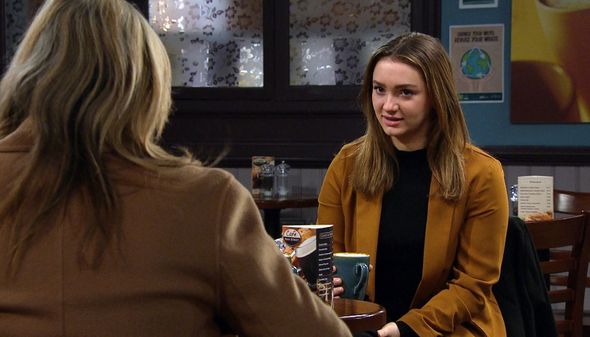 Later on, Gabby showed up at Kim’s house and noticed the search history on her laptop was for Huntington’s disease – a condition that stops part of the brain from working properly over time. It is usually inherited from a person’s parents.

Lydia tried to cover up for Kim, explaining it was her who was looking online, but Kim soon stepped in admitting it was her.

“She’s no fool,” Kim said. To which Gabby quizzed: “Kim, why are you looking at this?”

Kim explained her dad had a “slow, painful death” which started with forgetfulness, confusion and blackouts.

Within a year, he couldn’t even look after himself. I can’t face that, I won’t,” Kim told them.

As the instalment came to a close, Kim and Gabby had a heart-to-heart where Kim explained she keeps forgetting basic things.

“I know this isn’t your fault,” she said to Gabby. “I should never have sent you packing.

Gabby replied: “You know, I get it. The worst wasn’t when he didn’t know who I was…”

“It was after when he would remember that he had forgotten me. He’d get so scared and confused and then angry,” Gabby recalled. “And then I’d get angry and sometimes I hated him.”

Gabby went on to offer Kim help at Home Farm, which quickly raised Kim’s suspicions about her.

“You know you can change your mind at any time,” Gabby began. “And if you want to lighten the load around here or businesswise, I can do it.

“You’re only done a tiny bit of mentoring with me,” Kim questioned. “You don’t know the ins and outs.”

“Keep teaching me,” she replied. “I know I messed up with the Andrea thing but if I have you to guide me you won’t regret it.

“I want to help you, Kim, to cover for you, like you need. It’s the only thing that makes sense, doesn’t it?”

Does Gabby have an ulterior motive now she knows Kim is already ill? And what steps will she take to get her hands on Home Farm and her fortune?

Elsewhere in the episode, Matty (Ash Palmisciano) explained to his mum, Moira Dingle (Natalie J. Robb) he was on the waiting list for lower surgery.

Moira is super supportive of her son but is left concerned he is going to go through the surgery for the sake of his girlfriend Amy Wyatt (Natalie Ann Jamieson).

He later explained the operation will make a huge difference to his life and so Moira convinced him to come clean to Amy about the operation.