Liam (played by Jonny McPherson) became more of a prominent character in Emmerdale last year, striking up a relationship with Bernice (Samantha Giles) following a break-up with his ex-wife and child abuser, Maya Stepney (Louisa Clein).

Not much is known about Liam’s past and the history he had with daughter Leanna Cavanagh’s (Mimi Slinger) mother, Lara Cavanagh, with viewers only knowing the GP’s ex-wife died from a severe case of shock.

Recent scenes of the ITV soap have seen Bernice begin an investigation into her lover’s past following the revelation Maya had been grooming teenager Jacob Gallagher (Joe-Warren Plant), confiding in sister Nicola King (Nicola Wheeler) about her doubts.

A whole manner of theories have led Bernice to believe Liam is hiding something about Lara and the circumstances surrounding her death, but could it be the GP is working on behalf of his late ex-wife to get to Bernice’s father, Rodney Blackstock (Patrick Mower)?

Bernice is the double of Liam’s dead wife

Last night’s episode saw Bernice test her lover a little further by interrogating Liam over Lara, leaving the GP angered to have to relive a seemingly distressing time in his life.

Bernice was left cowering away as she turned to sister Nicola over the guilt she felt for launching the inquisition into Liam’s past, only for the Sharma sweet factory worker to rile her sister further by saying the GP was acting like a man with a secret to hide.

With Bernice sure to fear the worst from her lover, possibly believing Liam killed his ex-wife, viewers have thought of a few theories of their own, hinting Lara and Bernice could actually be half-sisters.

Another shared: “Bernice is the double of Liam’s dead wife… creepy #Emmerdale,” but could their similarity be the fact they share the same father in Rodney?

The casanova of the village has been known to have had a string of affairs during his lifetime, so could it be he once had a dalliance with Lara’s mother and didn’t know their fling had led to the birth of a child? 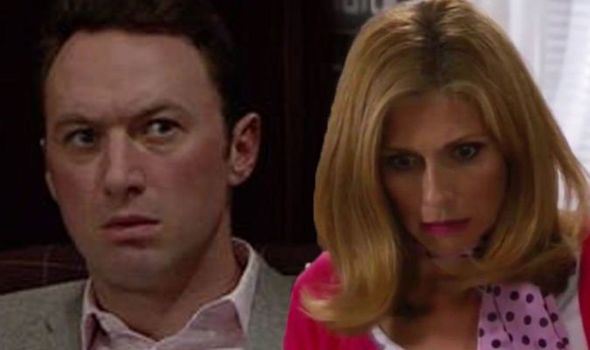 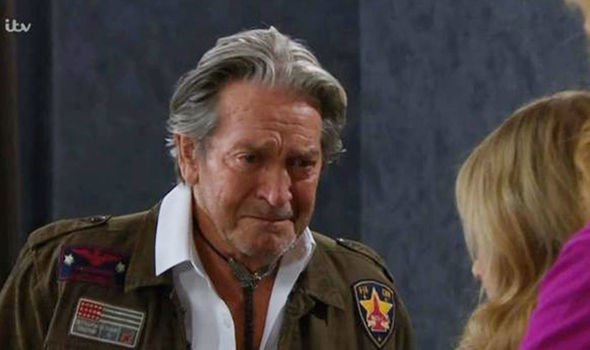 Lara could have confided about her father being absent during her life to Liam, revealing the name of the man who slept with her mother before her death.

Following Lara’s demise and wanting to pursue the mission of his late ex-wife to meet her father, Liam may have made his way to Emmerdale to try and track down Rodney to confront him over abandoning his daughter.

With Lara passing away before she had the chance to meet Rodney, Liam may have directed his grief to anger for his ex-wife’s father, wanting to make him pay for leaving Lara to feel she was never wanted if it emerges her mother resented her for being birthed through the means of an affair.

Viewers will know Liam has been a presence in the village since 2014, but being married to Maya before his arrival in the village, he hasn’t had a chance to get close to Rodney to confront him about possibly abandoning his love child.

Could revenge on Rodney be the real reason Liam struck up the relationship, not expecting to fall in love with the beautician, leading him to become more secretive about his means to getting to her father? 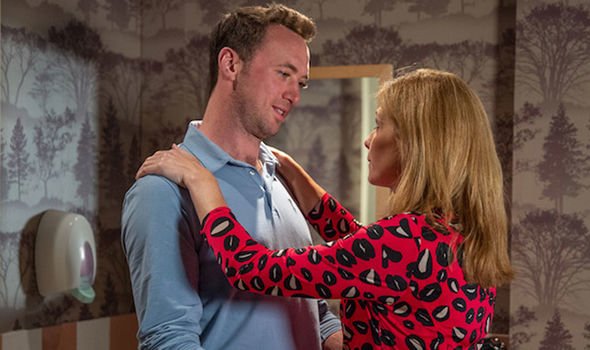 Viewers will have to wait and see how the mystery plays out in the coming weeks, but last night also saw the Dingle clan bid farewell to their matriarch, Lisa Dingle (Jane Cox) after the soap stalwart passed away a couple of weeks ago.

Lisa died after being diagnosed with a terminal heart disease, with her husband Zak Dingle (Steve Halliwell) finding her at home following the renewal of their wedding vows.

The deceased character made a surprise appearance during her funeral in the form of a voice-over as actress Jane Cox, 67, reprised her role one final time to read the letters her beloved character had left for her family.

Viewers took to Twitter to comment on the heartbreaking scenes, with one posting: “These scenes are so heartbreaking and can’t stop crying #emmerdale.”

Another opined: “Aww, how heartbreaking is listening to these letters tonight on @emmerdale! It will never be the same without Lisa! #Emmerdale.”

But could Zak be bidding farwell to the village in light of his heartbreak?