Jamie Tate (played by Alexander Lincoln) is set to face comeuppance for running Moira Barton (Natalie J Robb) off the road and the scarpering in upcoming weeks in Emmerdale. But before justice is really served, it seems Jamie will be given a taste of his own medicine. Official soap spoilers have revealed how the local vet will be left unconscious after hitting the bottle, but did Lydia Hart (Karen Blick) have anything to do with it? And, more importantly, will Jamie die?

Understandably, the young woman was defiant and implored Detective Sergeant Evans to talk to Andrea Tate (Anna Nightingale) who would back up her alibi.

Next week, Belle will be released and it is only when she reaches Wishing Well Cottage that she realises how shaken she is left by the whole experience.

In another scene, Jamie meets with his solicitor once more. 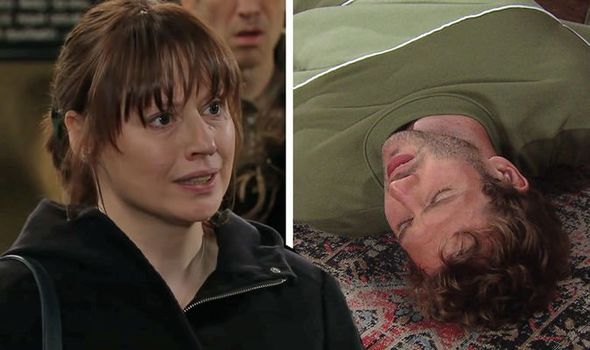 Viewers will see his legal representative warn him; if he decides to move forward with his plans to implicate Belle, there will be no going back.

But it is not only Belle who is finding herself framed – Nate Robinson (Jurell Carter) is also a target.

He too was put into the back of a police car and interrogated over his whereabouts that night of Moira’s hit and run.

Back at Home Farm, Jamie’s solicitor will leave to put their plans into motion. 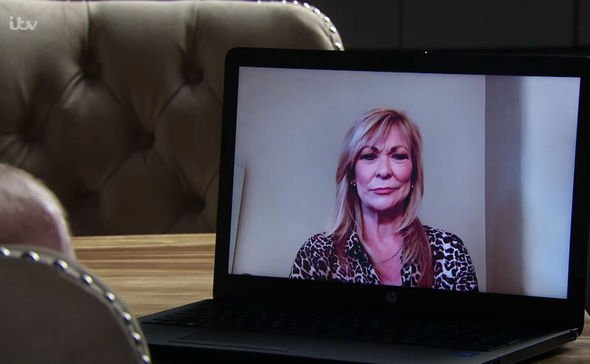 However, a lingering Lydia questions Jamie about what she overheard.

The cleaner couldn’t help herself but listen into Jamie’s conversation with his solicitor and he is forced to be honest.

He soon comes clean and tells Lydia what he has done.

Naturally, Lydia tells her family what is going on and it won’t be long until the Dingle clan are plotting their revenge. 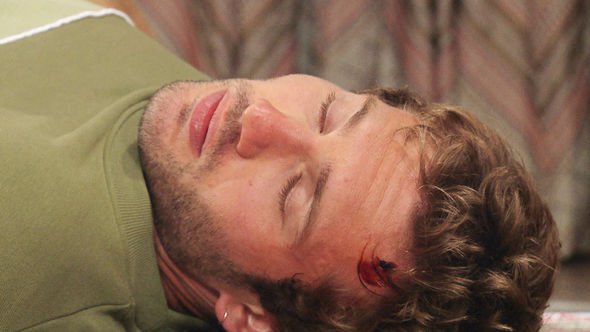 As for Jamie, he turns to the bottle and drowns his sorrows.

Viewers will see him getting so dunk he ends up slipping and hitting his head, falling unconscious.

But, did he fall unconscious from just the alcohol or did Lydia take the first step towards revenge?

Perhaps the cleaner added a little something into the liquid

Would she do such a sinister thing?

As for whether or not Jamie survives the head bash, viewers will have to tune in and see.

They will also have to wait and find out whether or not Belle and Nate take the wrath for the incident.