This evening’s episode of the ITV soap saw Robert (played by Ryan Hawley) seek out Lee (Kris Mochrie) to try and get him to confess.

The police previously told Victoria (Isabel Hodgins) there wasn’t enough evidence to build a case against Lee, but Robert wants to see him suffer.

However, Victoria had told her brother earlier in the Emmerdale episode that he should be focused on the future and the baby that he will be an uncle to so she had no idea what he was up to.

Ryan took husband Aaron Dingle (Danny Miller) along with him as he masqueraded as a customer at the car dealership Lee worked at.

The trio went for a test drive but Robert’s attempts to get Lee to come clean failed and he seen revealed his real identity as his rage got the better of him.

Lee taunted him about his sister as he said: “She’s obviously not right in the head, is she? I’m not somebody that goes around forcing myself on girls, I don’t need to.”

“Well why would she make it up?” Robert asked.

Clearly not seeing that he had done anything wrong, he retorted: “We were having a good time, it was a laugh. My mate tried it on with her, I helped her sack him off.”

“And that gave you the right to rape her did it?” Robert asked.

Lee adamantly replied: “She was well up for it, it was obvious what she wanted. Why else would she invite me back to hers?”

“You forced yourself on her,” Robert insisted before Lee hit back: “Hardly. She wanted it as much as I did, all over me like some cheap tart.” 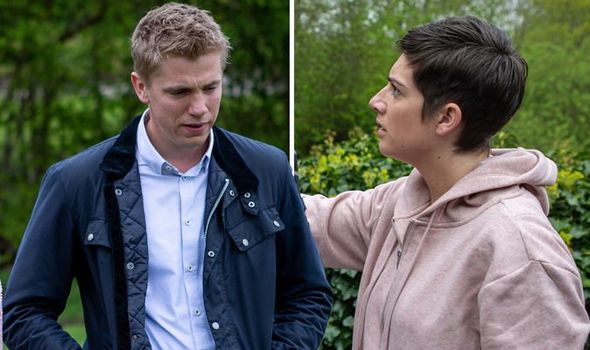 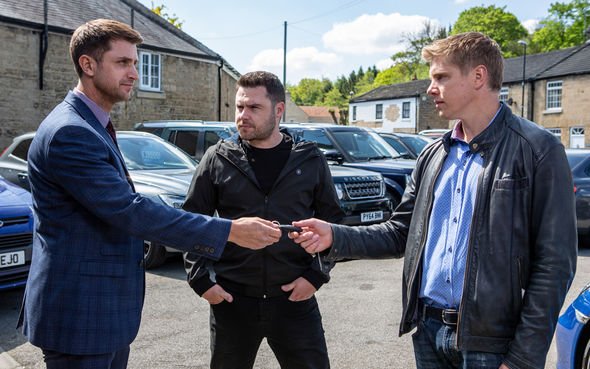 Robert was furious and launched himself at Lee but Aaron held him back.

“Seriously I’m going to kill you,” Robert said as Aaron told Lee to leave before he got hurt.

“Next time he comes near me, I’m going to the police,” Lee warned before driving off.

Later on, Robert realised he had lost control of himself and admitted to Aaron that he had handled it all wrong.

“Okay, you were right. I was out of order. I know it’s the last thing that he needs but I just thought if I fed him some banter he’d let his guard down,” he said.

Aaron told him: “You should’ve taken our own advice Robert, people like that never own up to what they’ve done do they. Gordon never did.” 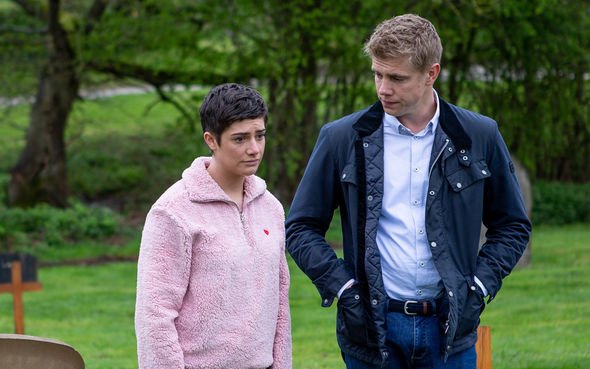 “I think I’ve found a way to make him suffer,” Robert went on to say as Aaron queried: “How?”

“What hurts the most? The truth. I’m going to use that to destroy his life, just like he destroyed Vic’s,” Robert declared.

However, as Victoria has warned him to stop interfering, could this threaten their relationship as he betrays her trust?

Robert may be risking it all as he goes after Lee too, as in light of the news actor Ryan Hawley is leaving the soap it could mean Robert’s set for a spell in prison.

If you have been affected by issues raised in Emmerdale, visit http://itv.com/advice or https://rapecrisis.org.uk/ for support and advice.