Tracy Metcalfe (played by Amy Walsh) is looking forward to the birth of her first child with Nate Robinson (Jurell Carter). While the Dingles get ready for the arrival of the newest member of the Emmerdale clan, Belle Dingle (Eden Taylor-Draper) continues to be haunted by the voice of her mother, Lisa Dingle (Jane Cox). However, will Belle be driven to attack Tracy in a horrific violent mistake?

She struggles to work out what’s real and what’s in her head as the voice of her mother directs her actions.

Nate reveals to Belle that Tracy’s having some trouble coming to terms with recent events.

However, he makes sure to explain to Belle that the expectant mother doesn’t blame her. 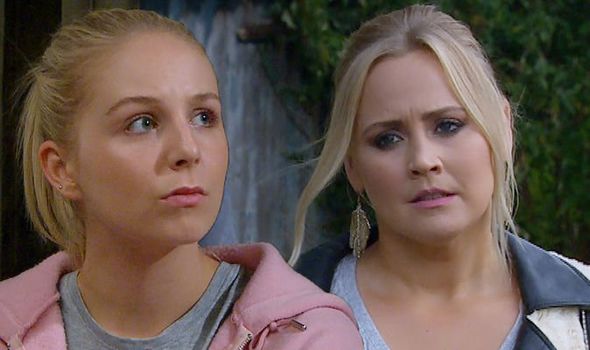 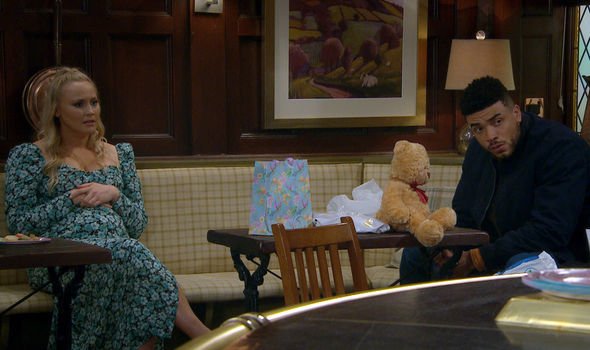 Lisa’s voice warns Belle she must protect her family but could this demand have horrific consequences for Tracy?

As the Dingles enjoy the party, Lydia Dingle (Karen Blick) realises Belle is missing and begins to worry.

When she spots the cake knife is also missing, Lydia fears the worse.

In the village, a terrified Belle wanders through Emmerdale with the knife in-hand. 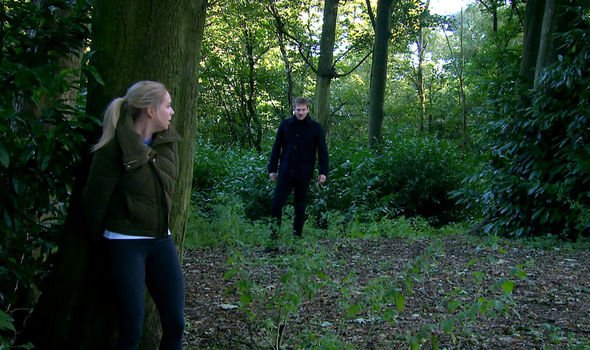 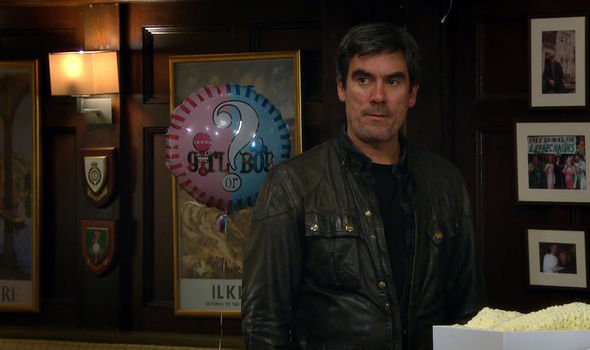 Will Belle lash out at a loved one in a tragic attack?

Emmerdale producer Jane Hudson teased trauma for Tracy and complications with the birth of her child which could arise from a Bell-inflicted injury.

She said: “Cain is about to become a granddad again and he’s still not quite on the best of terms with Nate so how is that gonna pan out?

Her mother’s voice convinces her someone is out to get her and she’s running for her life.

Back at the Woolpack, Cain Dingle (Jeff Hordley) realises Belle’s not been taking her medication.

As the Dingles start to panic, Tracy and Nate decide to come clean about finding Belle digging in a grave.

Cain is furious with Nate for not telling him sooner but angry turns to worry when they realise the knife is missing.

Cain and Sam Dingle (James Hooten) are terrified for Belle and put a plan in motion to protect her.

Sam calls the police while the others rally round to track her down.

Meanwhile, Belle finds herself wandering in the woods and hallucinates Jamie is chasing her.

Could Belle lash out and inadvertently attack Tracy as she wrestles with her mental health?