Emmerdale resident Bernice Blackstock (played by Samatha Giles) have to attend to her ex-husband Charlie last year, with her daughter Dee Dee (Mia Gibson-Reed) in tow. But after the salon owner promised to return, she never made it back to marry her fiancé Dr Liam Cavanagh (Jonny McPherson), leaving him devastated. But now, Bernice actress Samantha Giles has spoken about her exit which saw her drive off to Australia and has admitted she wouldn’t have minded if she had been killed off on the ITV soap.

Fans saw a fair amount of drama surround Bernice’s decision to move away after she seemed undecided on whether she would be returning.

Eventually, Liam realised Bernice was gone for good and he moved on with current on/off girlfriend Leyla Harding (Roxy Shahidi).

She later cut ties with the village and sold the salon, which is now run by Kerry Wyatt (Laura Norton). 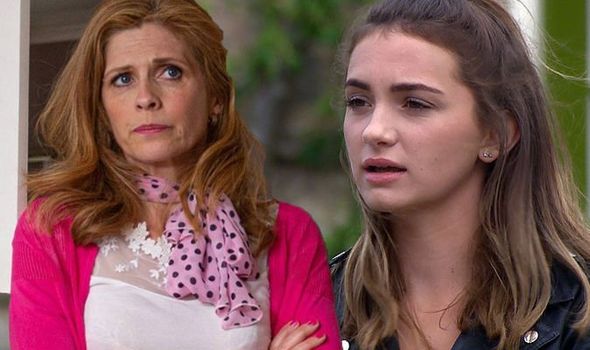 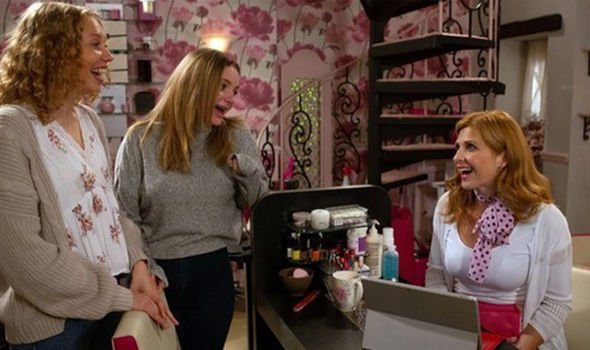 Samantha said to the host: “It’s funny isn’t it, you can’t please everybody.

“I mean I did get quite a few messages from people saying ‘Oh my goodness, was that it? You’ve just gone?’”

She went on to explain why the door had been left open for her character after she had decided to leave to focus on new projects. 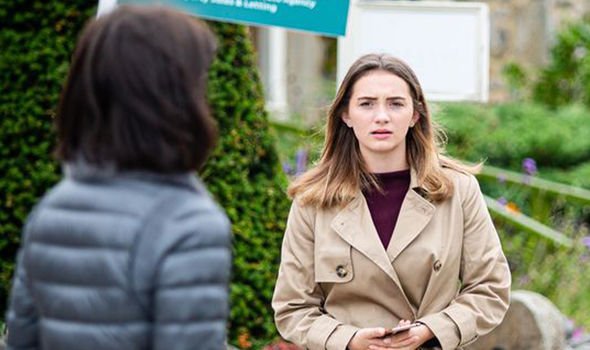 The actress added: ”I guess they [the writers] have done it basically so that she could come back at any time. But obviously, you know when you leave something you just want to leave.

“You don’t think about whether you’d go back or anything,” she reminded fans of the programme.

Samatha also hinted she wouldn’t have minded being killed off the soap to mark her exit from the programme.

The star said: “It’s a tough one. I mean, I think when you decide to leave something you have to kind of say ‘I don’t care if you kill me’.

“I guess luckily they didn’t kill the character which is great but I don’t know what she’s doing. She’s in Australia I think.”

However, could this be a hint the much-loved resident could end up being killed off-screen in a new heartbreaking twist?

Bernice’s daughter Gabby is having a difficult time as she continues to try and grow closer with Leyla Harding.

Since Leyla offered the teenager a job, she has continued to meddle in her affairs behind her new boss’ back.

It’s also been hinted there could be more tension to come between Gabby and someone else as she ups her efforts to keep Leyla on her side.

Last week, viewers saw Andrea Tate (Anna Nightingale) reveal she wanted to come back into the fold of Take A Bow.

This left Gabby feeling threatened by Andrea as she could end up taking some of Leyla’s attention elsewhere – but what will her next move be?