Emmerdale star Charlotte Bellamy has revealed she is ‘being hassled’ over Laurel’s affair with Bob Hope.

The actress appeared on This Morning on Thursday (May 24) alongside her co-stars, where she discussed the impact the onscreen affair had on her offscreen life.

“I’m getting quite a lot of hassle, I have to say, from people,” she said.

“Everyone is very disappointed in Laurel having an affair, but it’s kind of boring being good isn’t it?

“People are coming up and tutting at me. But it’s fine, I just take it on the chin.”

Laurel and Bob’s affair began last year and recently culminated in the breakdown of Bob’s very short marriage to his previous partner Brenda.

In scenes that aired earlier this month, Brenda was seen fleeing the pair’s reception after looking at the wedding pictures and seeing Bob looking miserable when the camera wasn’t on him, telling Bob she couldn’t continue with it. 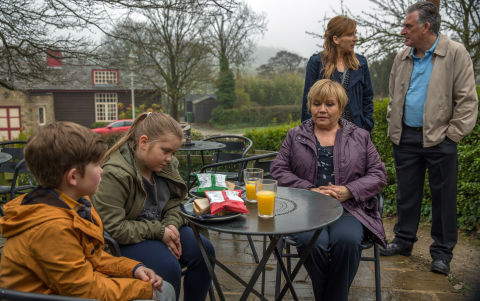 Since then, Bob and Brenda have parted ways for good, while Bob and Laurel have reconciled and started a real relationship for the first time.

So, it’s technically not an affair anymore, peeps.