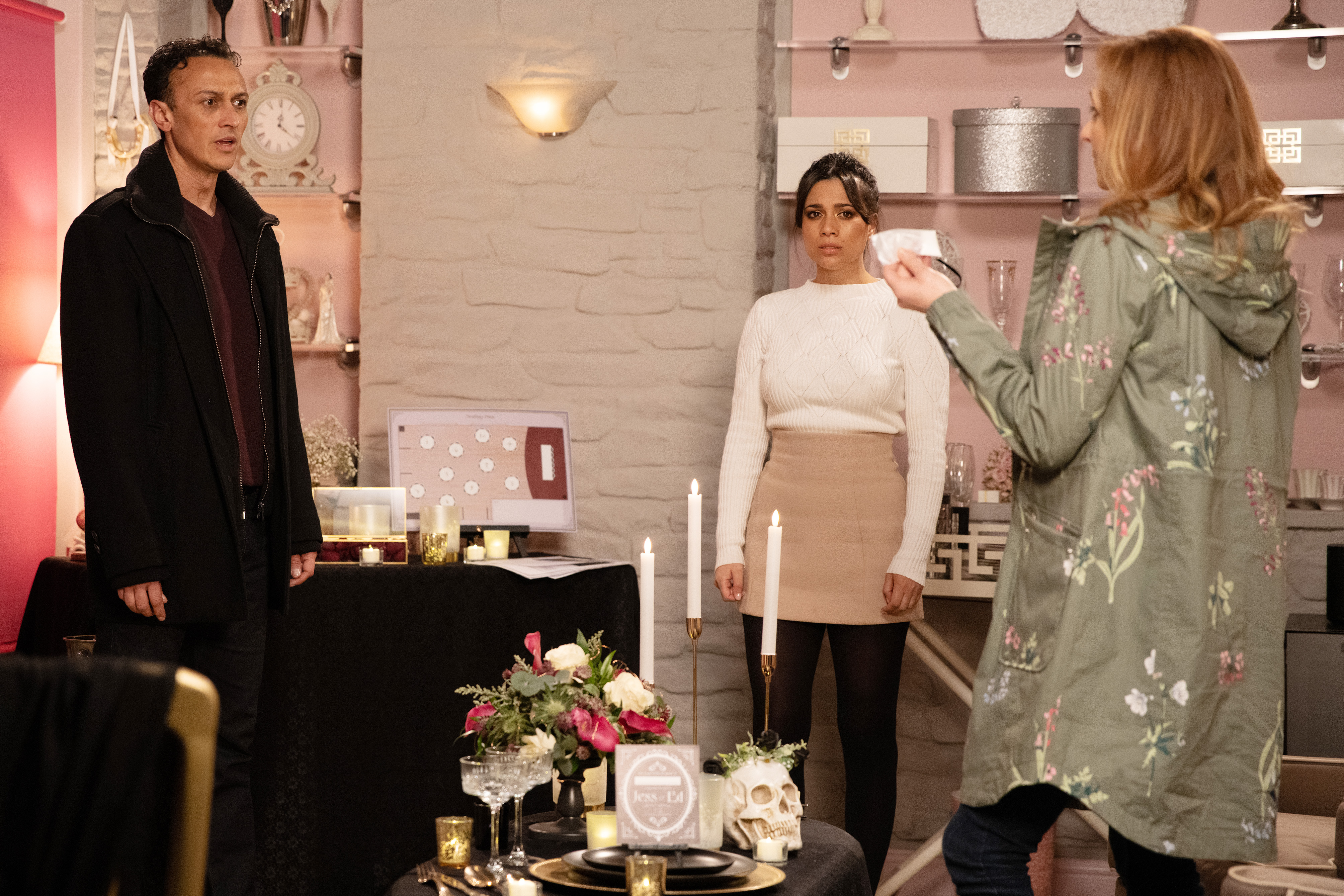 When drugs are found at wedding planning business Take A Vow in upcoming Emmerdale episodes, the fingers of blame are generally pointing at one person – Jai Sharma (Chris Bisson).

The shocking find comes after Jai has gone head-to-head with Kim (Claire King) in a dispute about contracts for the HOP staff. Chris Bisson explains what happens: ’When Kim first moots trying to put them on zero hours contracts his first response is this is Matty (Ash Palmisciano) and Amy (Natalie Ann Jamieson), people I’ve worked with for a very long time. He genuinely doesn’t think it’s right or fair to put them in that position and to put them on those types of contracts.

He presents some case studies to Kim to try and talk her round. I think he needs to give Kim a way of backing down and saving face. He’s trying to be a bit of a peacemaker really. He’s trying to protect the jobs of the workers at the same time as giving Kim a way out that she can plausibly think in her mind that she’s done the right thing.’

Later, Jai realises he’s lost his wallet and goes back to Take A Vow, where he was previously helping Priya (Fiona Wade). He finds the wallet – and also finds a small bag of drugs hidden in the same place. While Laurel and Rishi (Bhasker Patel) immediately decide that recovering addict Jai must be responsible for the drugs, Jai has another theory: ‘He’s convinced that this must be Kim’s revenge,’ Chris says. ‘She clearly has an axe to grind, she’s not happy, she feels that Jai made her back down over the staff contracts and that makes her look weak.

‘For the audience there’s only two ways they could view it. One is that he’s relapsed and he’s just trying to cover it up and the other is that it’s Kim. But Jai’s so adamant it wasn’t him that I think the audience will think it must have been Kim.’

Does this ‘the audience will think’ comment mean that there could be another culprit behind planting the drugs?

Who would do such a thing? Chris presumably knows but isn’t saying. ‘I think all things point to Kim,’ he insists.