Emmerdale‘s Spencer family will speak out publicly over missing Amelia in an hour-long special tonight (June 15).

Amelia hasn’t been seen in the village since June 1 and her disappearance is now being treated as an abduction after some shocking revelations last night.

After weeks without any clues on where Amelia could be, everything came to a head on Thursday as CCTV footage showed her alive and well with a mystery woman.

It was also revealed that Amelia had been exchanging messages with an unknown person on social media, questioning when she could come home. 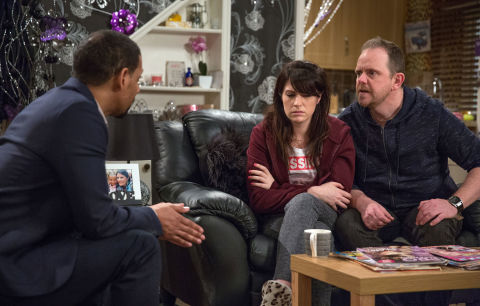 In tonight’s extended visit to the village, DS Benton has an idea to drum up more publicity for the case.

Benton asks Dan and Kerry to make a televised appeal for Amelia’s safe return, hoping to raise awareness and create more leads from the public.

Liam Fox, who plays Dan, recently revealed: “As she’s been seen walking about with somebody on this CCTV, that’s when the hope does kick in. But they want her back as soon as possible.

“They’re asked to take part in a police press conference and Dan is as strong as possible. It’s strange for him that Daz is at the conference with him, but he feels like he’s got to be there because of the circumstances.

“They’ll worry about the DNA issue later, but there’s also that element of suspicion creeping in towards Daz too.” 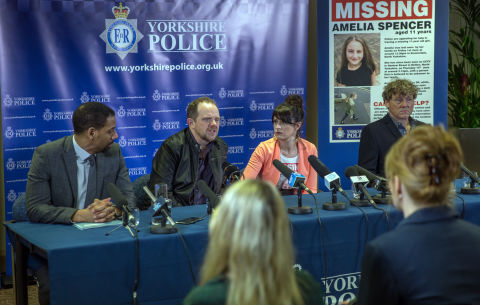 Digital Spy Soap Scoop video – hit play below for all the latest Emmerdale spoilers, as Lachlan prepares to strike again and suspicion turns to Daz over Amelia’s disappearance.