Emmerdale‘s Chas Dingle keeps Paddy Kirk in the dark next week after some upsetting news about their unborn baby.

Chas (Lucy Pargeter) refuses to confide in Paddy after a devastating trip to the hospital, leaving him totally oblivious that anything is wrong.

This Thursday’s episode (May 31) of Emmerdale sees Chas forced to attend an important scan alone after realising that she’s messed up the dates for her planned appointment.

With Paddy nowhere to be found at such short notice, Chas heads off to the hospital by herself and is told that her baby is a little girl. 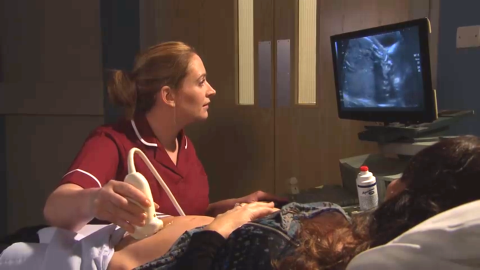 Soon afterwards, the sonographer spots something concerning on the scan and it’s not long before Chas receives some distressing news about her baby’s future.

By the time next week’s episodes air, Chas is still suffering in silence – clinging onto the hope that she’s received a misdiagnosis.

As Paddy has no idea what’s going on, he happily talks about the baby and fails to spot Chas’s inner turmoil as she covers how she’s really feeling. 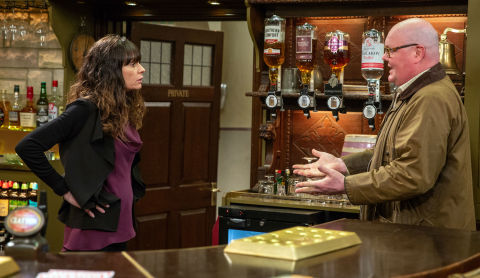 Chas later spends hours painting the nursery for their child, but is clearly overcome with emotion and later breaks down once she’s alone.

Later in the week, Chas panics when Paddy suggests they should book a 4D scan of the baby. Will she be able to explain away her obvious reluctance?