Viewers have watched as Charity's heartbreaking backstory has been slowly revealed this year, culminating in the revelation that she had a son after being abused by a policeman when she was a teenager. 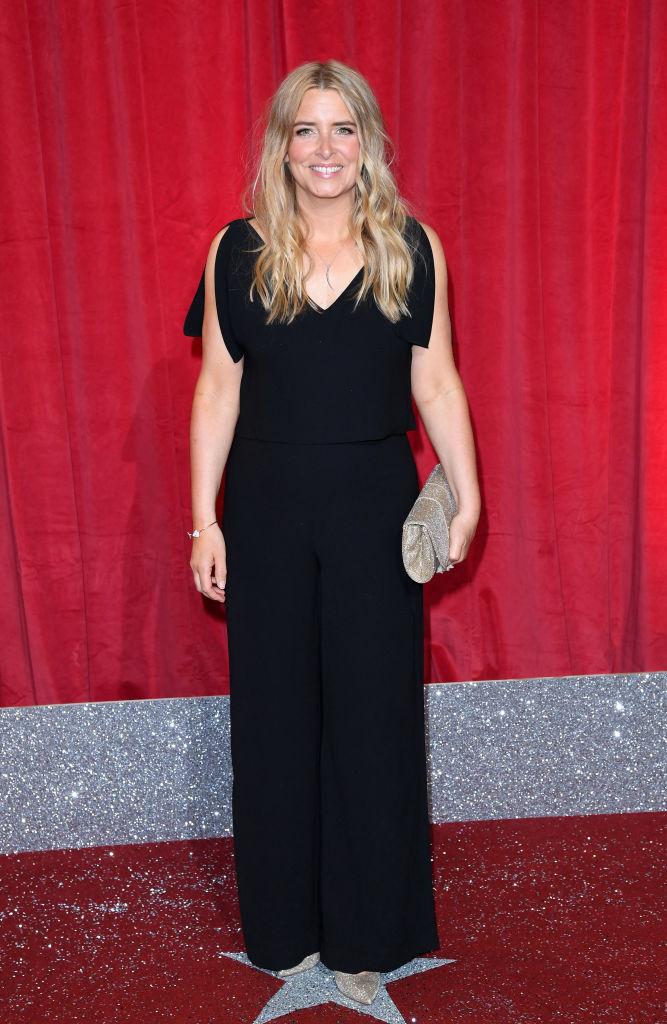 Charity recently met Ryan but after deciding she couldn't put him through any pain, left him devastated when she cut off the relationship.

A flashback episode last month revealed how DI Bails had groomed and abused Charity when she was homeless at just 14 before repeatedly raping her and pimping her out.

And now he knows about the son Charity and he shared, Charity is going to have to fight to protect both Ryan and herself.

Teasing the ultimate showdown between the two, Emma told The Sun Online's Soap Bubble that the only way Charity will win is to lose her fear of him. 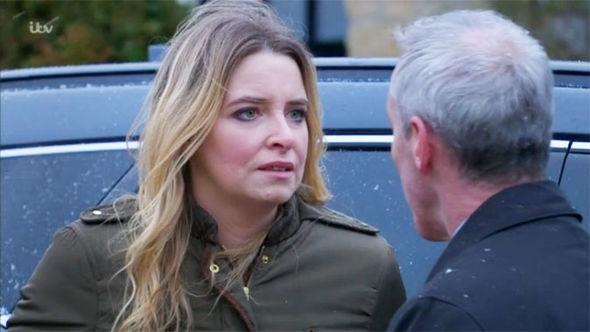 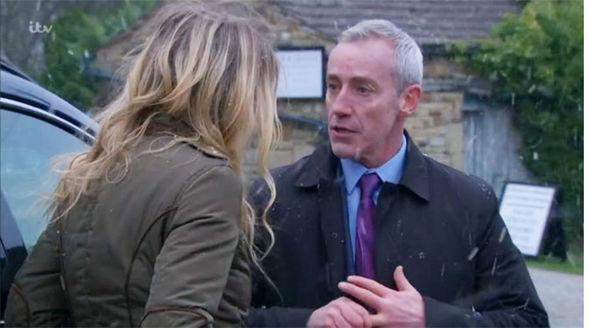 She said: "She has to fight for justice and not be afraid.

"The moment you become afraid, things start to happen and not in your favour so [she has to] just stay strong and persevere."

But she added that Charity would be more than a match for Bails, and teased: "Hopefully justice will prevail."

And Emma is full of praise of her co-star Rocky Marshall who plays the dastardly policeman.

She added: "He's brilliant by the way, Rocky Marshall is a legend and we love working with him."

And Emma revealed how the plans for Charity's tragic backstory had been in the works for years – since at least 2014. 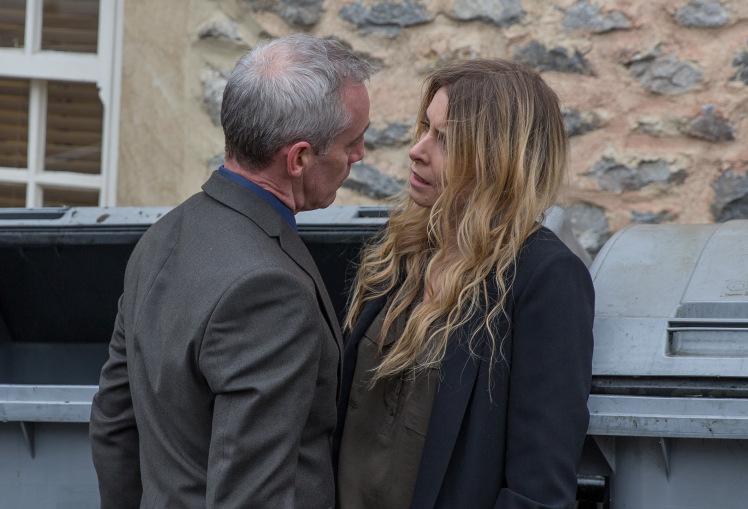 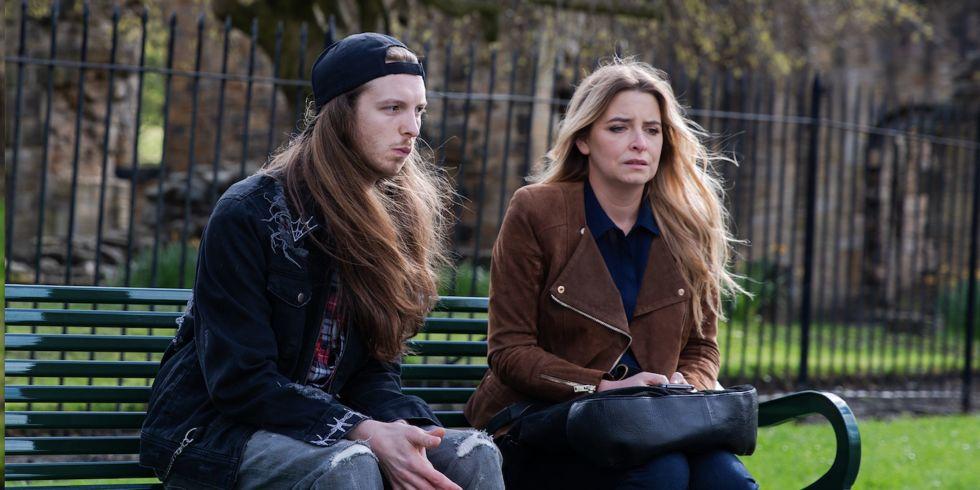 Emma added: "I was only given little nuggets of information and it was only when DI Bails came into the village a few years ago did they say there's some dark past that we'll be visiting.

"I left to have a baby so they shelved it for a bit but they did revisit it which is brilliant for all of us."

Emma also spoke about having to film such emotional scenes recently and revealed that her three-year-old son Albert is the key to summoning up her emotions for a tough scene.

She said: "I only have to think about Albert when I'm doing a scene and it immediately brings emotion. He is my go-to in many ways."

"I can't even bear to go there with the thought process of what if…" she says unable to finish the sentence.

She added: "You have to go to difficult places when it comes to the moment of filming such dramatic scenes. 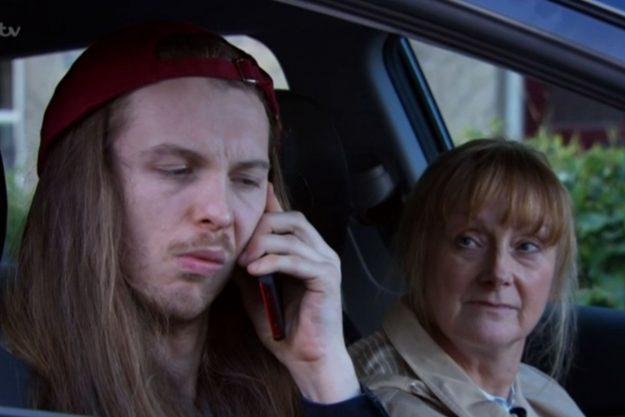 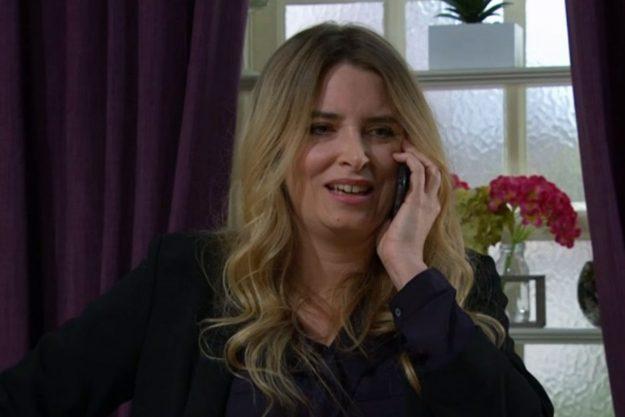 "You have to pull on personal emotions that you've experienced in the past which isn't particularly pleasant."

And she warned that Emmerdale will see darker scenes to come as the drama continues.

"There's only so much you can show when it's going out at that time of the day," she said.

She teased: "There are moments when you think 'Oh my God is that going to go out?'"

SCENE OF THE WEEK

Matty Barton returned to Emmerdale this week as the ITV soap debuted their first ever transgender character.

The son of Moira Barton, previously known as Hannah, walked back into the farm after years away to get his birth certificate but was caught by Cain Dingle and forced to reveal who he was.

But when mum Moira rejected him, viewers were disgusted, but they have already taken Matty into their hearts.

And now they are predicted a romance between him and his former frenemy Victoria Sugden. 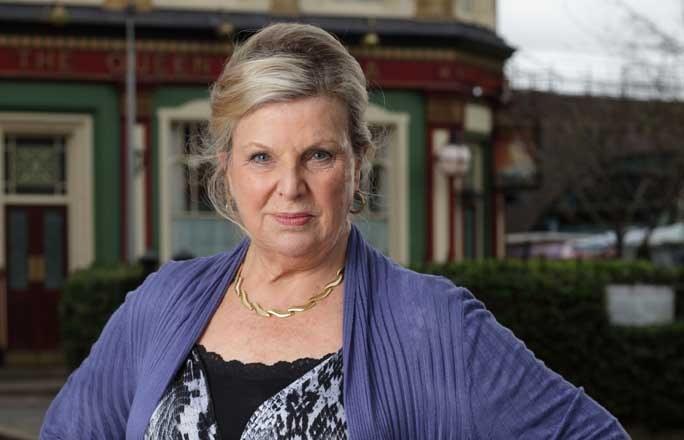 Cora Cross is going to make a spectacular comeback to EastEnders to destroy Max Branning.

The legendary grandmother of Lauren and Abi will return in the coming weeks with a plan to ensure Max and her own daughter Rainie don't get the chance to adopt baby Abi.

A source said: "Max and Rainie are stunned when Cora shows up out of the blue with little Abi and are even more shocked when she allows them to spend time with her.

"It soon becomes clear she has an ulterior motive… is she about to ruin their chances of getting baby Abi?” Our guess is very much yes – and with good reason.

Corrie's Lucy Fallon worried the new producer will kill her off 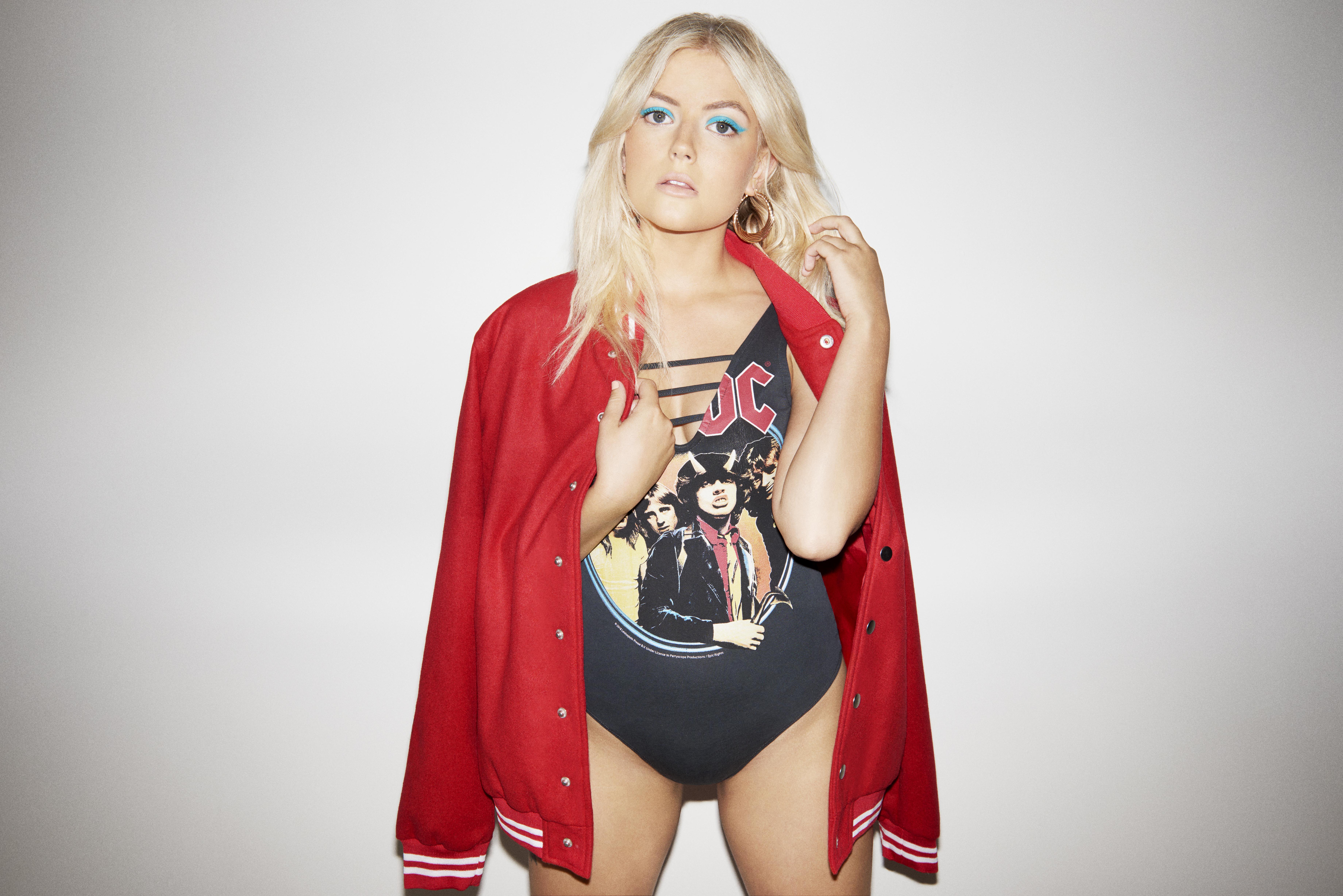 CORONATION Street star Lucy Fallon fears the soap's new boss could kill her off and reveals the whole cast are 'on edge'.

The helm of the ITV show is about to be taken by Iain MacLeod and despite just having won two gongs at the Soap Awards earlier this month, she's still concerned about her future.

Lucy said: “Everyone’s on edge thinking: ‘Am I going to get killed off?’

"It’s exciting to see what kind of things he’s going to do, but it’s normal to feel nervous, I think – people were like that when Kate [Oates, the outgoing producer] came in."

Which soap did you watch last week? Ratings revealed…

What's coming up next week? 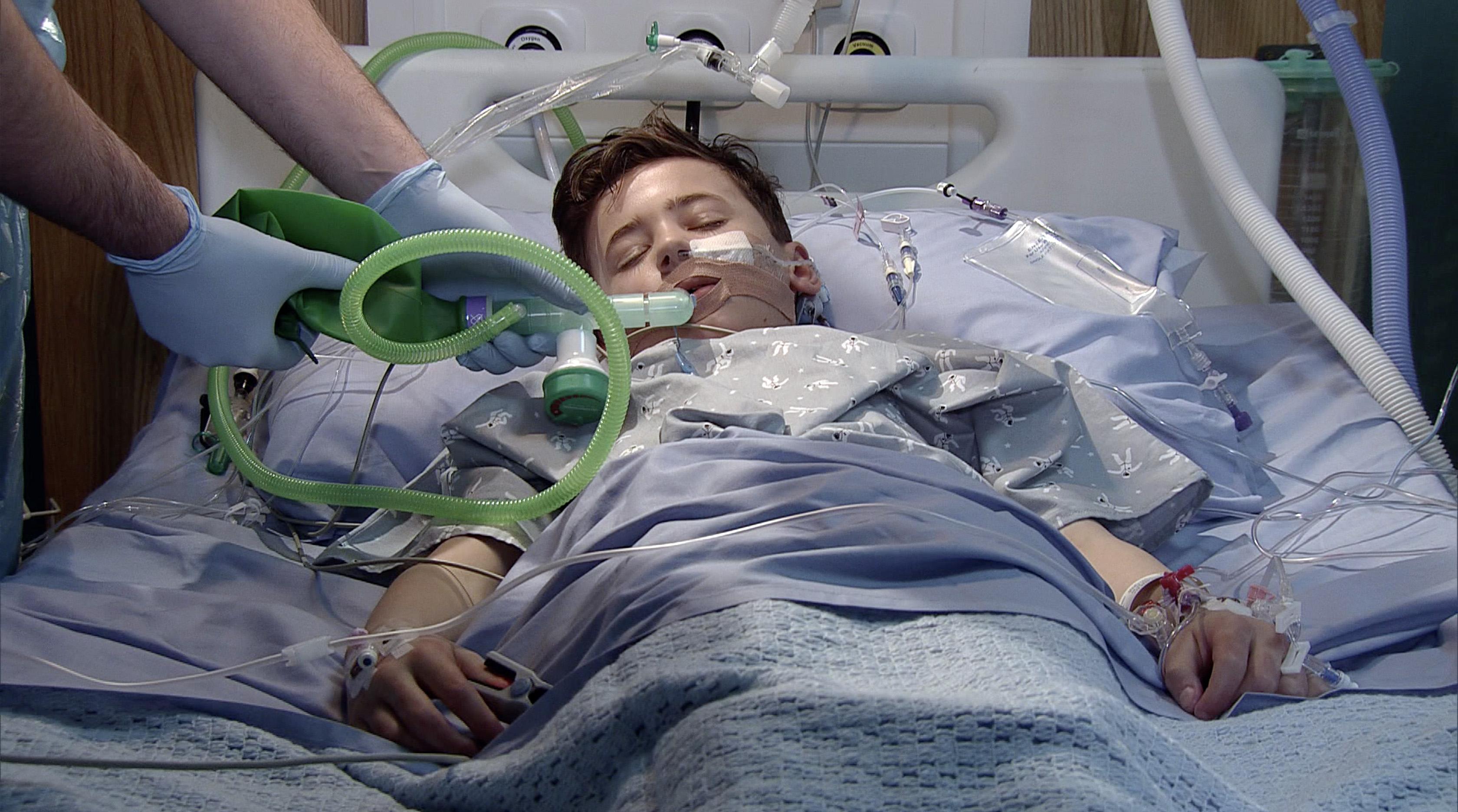 Coronation Street begins a harrowing storyline for Jack Webster next week as the youngster fights for his life after contracting sepsis which will see Sophie Webster slap Rana and sue her and the medical centre for missing the illness.

The Simon Barlow drama continues as his grandfather Ken Barlow's dog Eccles is poisoned by the gang, and Simon pleads guilty for attacking Flora McArdle and breaking into the flat to steal her money. 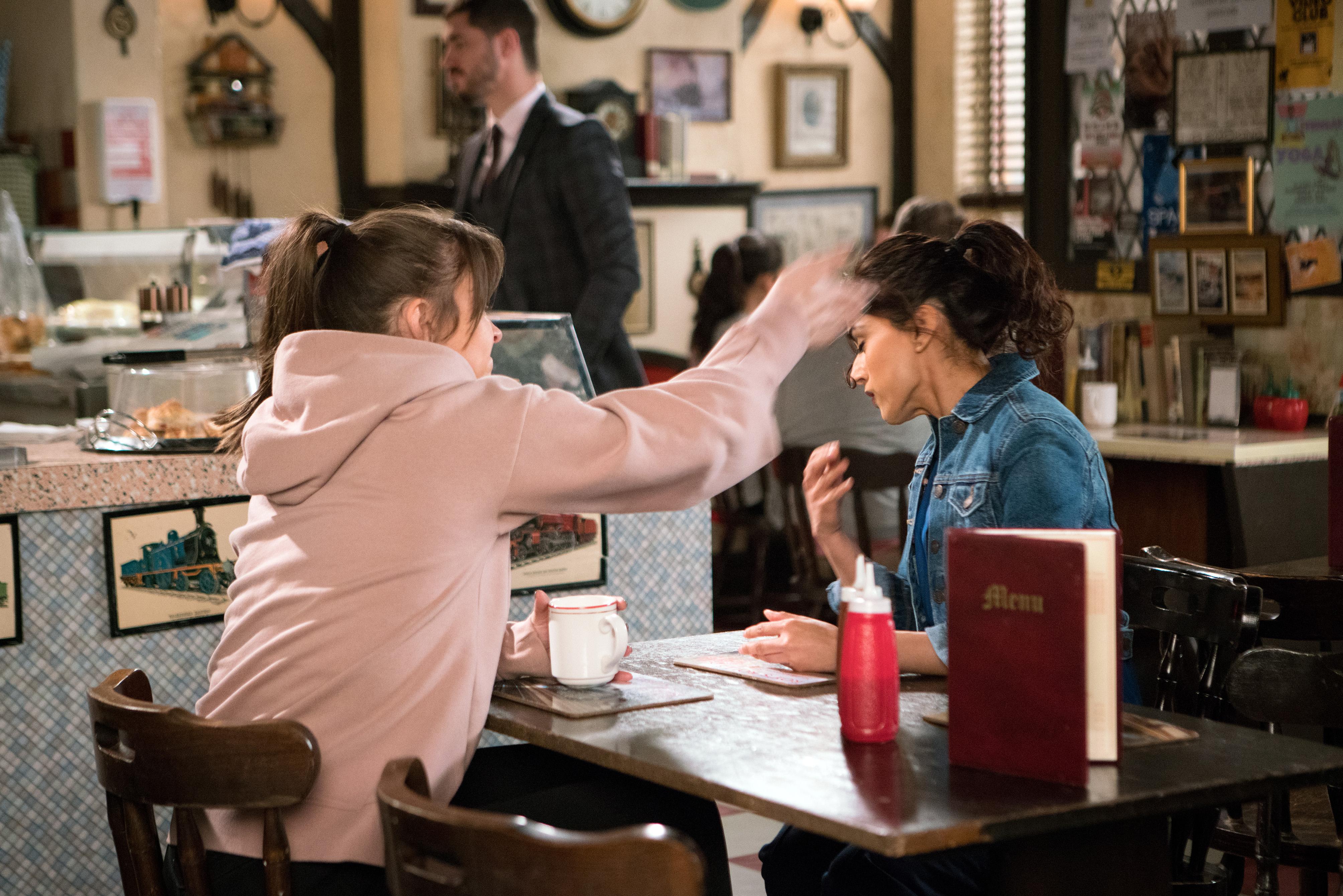 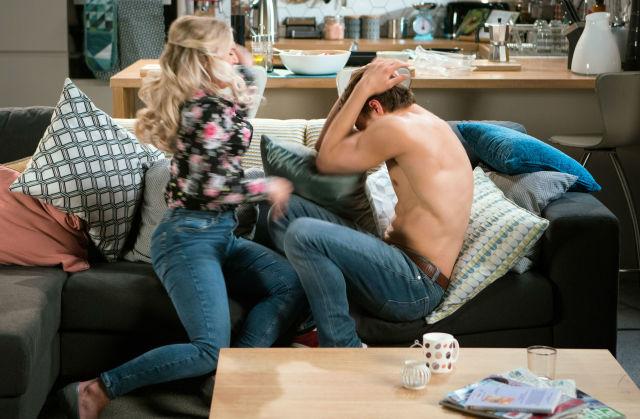 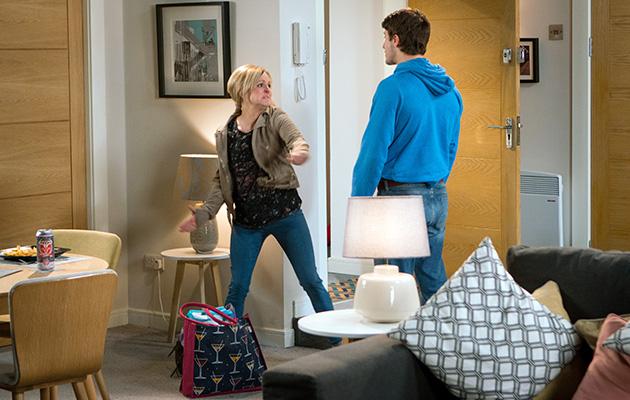 David Platt proposes to Shona Ramsey but is left devastated when she rejects him and Michelle Connor and Robert Preston will find themselves frozen out when they get locked in the freezer at the Bistro while having a cheeky romp.

There's a terrifying flashback for Bethany Platt as she panics on her date with Ryan Connor and flees, forcing her worried mum Sarah to step in and attack Ryan, knocking him out and leaving him for dead.

Over in Emmerdale Daz Spencer will discover Amelia with her kidnapper Beth, and promptly be arrested himself, after Beth reveals he killed her father. 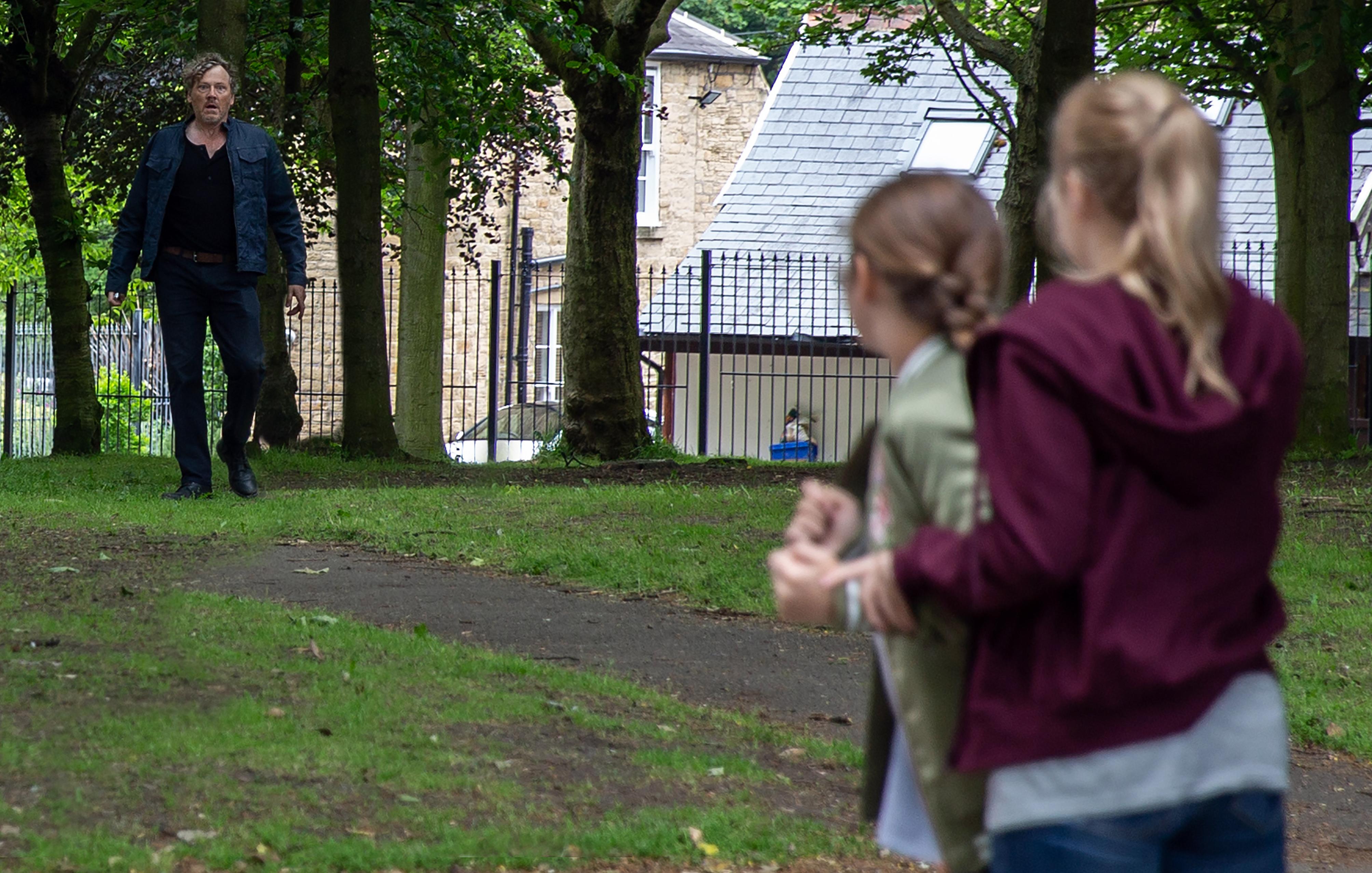 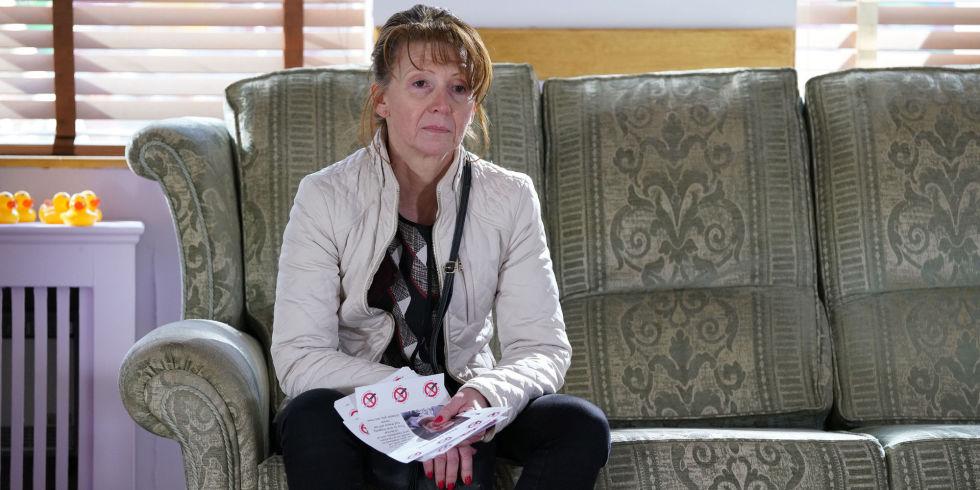 David Metcalfe will grow closer with Maya Cavanagh and cause Tracy to demand a divorce, and Ross Barton blackmails Cain Dingle to get ownership of the garage.

Meanwhile in EastEnders, Donna Yates' exit could have been revealed as she clashes with Rainie Cross over baby Abi, but Rainie will be a little pre-occupied with kissing Max.

And Carmel Kazemi falls apart and bans everyone from her murdered son Shakil's funeral in harrowing scenes. 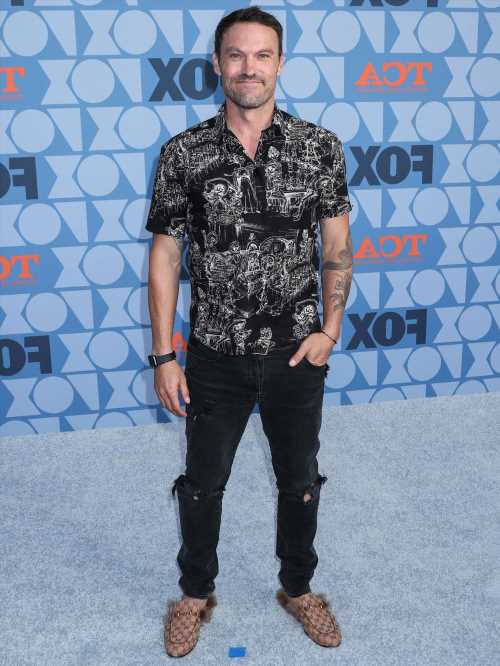