Emmerdale actor Tony Audenshaw has made his decision on who he thinks his soap character Bob Hope should be with, after admitting he thinks Bob has “behaved disgracefully”.

Speaking on Zoe Ball on Sunday today (May 6), Audenshaw revealed that he did not approve of Bob’s decision to cheat on his fiancée Brenda Walker (Lesley Dunlop) with his neighbour Laurel Thomas (Charlotte Bellamy) after they rekindled their affair back in March.

He also revealed to Ball who he thinks his character should stick with following all the drama. 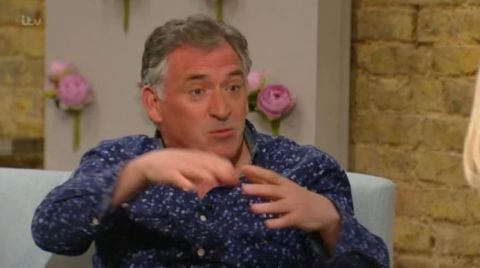 “He should be with Brenda, shouldn’t he?” he said. “He shouldn’t be unfaithful like that. He’s been awful. Terrible behaviour.”

He continued: “It’s so naughty – he’s been so nice, for so long. And of course, he’s got all those broken marriages and we’ve never seen the mechanics of what’s happened in the past, whereas in this case, you’re getting right into the affair.

“He’s just behaved disgracefully – but it’s been really enjoyable to do.”

The actor, who has played Bob since 2000, also said that there has been a great deal of public reaction to the controversial storyline – and fans aren’t afraid to tell him what they think about his character’s choices. 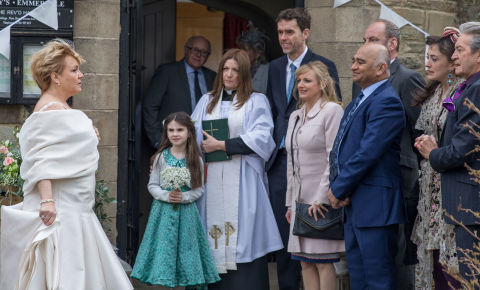 “I was at Brighton Marathon a few weeks ago and the reaction there was unbelievable,” he said.

“People were saying, ‘you’re disgusting’, ‘you shouldn’t be doing that to Brenda’ and ‘Get your hands off Laurel!'”

Viewers will be able to watch Bob and Brenda’s wedding unfold this week, with the drama coming to a head on Thursday (May 10).

Emmerdale airs its next episode tomorrow (May 7) at 7pm on ITV, while Zoe Ball on… continues on ITV next Saturday (May 12) at 8.30am.

Digital Spy Soap Scoop video – hit play below for all the latest Emmerdale spoilers, as Bob and Brenda’s dramatic wedding day arrives and Debbie gives into temptation with Joe.