Thursday evening was meant to be Hendo's final sign-off after hosting ABC Victoria's 7pm news bulletin for more than 25 years. However, the screen froze for about 30 seconds during a story about federal opposition leader Bill Shorten.

When the feed returned, Melbourne viewers were confronted with the Sydney bulletin hosted by Juanita Phillips. The Melbourne newsroom wasn't able to get back up and running before 7.30 kicked-off, meaning Hendo wasn't able to bid loyal fans farewell.

The 65-year-old has been presenting ABC Victoria's 7pm news since 1992. His family and close friends were in the Melbourne studio on Thursday night to witness his send-off, but were left witnessing producers scramble to fix the live feed.

On Friday morning, ABC Radio Melbourne presenter Jon Faine had some choice words for his bosses. He even went as far as to suggest the technical glitch was the result of funding cuts at the public broadcaster. 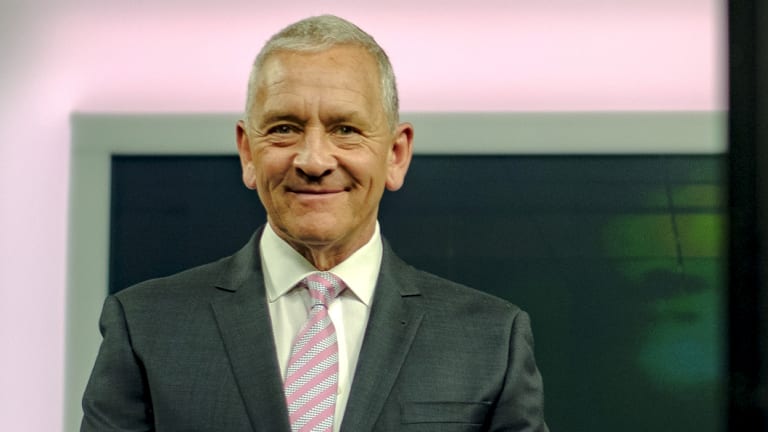 "You're going to have to do a fair job of persuading us that's got nothing to do with this," he said. "I don't believe you and I don't believe our listeners do either.

"Why does the Sydney news never go off-air? There was an epic fail of technology, and an epic fail to the audience to communicate that something had even gone wrong."

The ABC's executive editor, Craig McMurtrie, fronted Faine's program to apologise to viewers. However he soon found himself facing some pointed questions and was forced to deny that funding cuts had played a role in the technical failure.

"That's got nothing to do with this," he said. "The techs were saying last night they've never seen something like this before. It's just one of those things.

"Ian [Henderson] is such a graceful guy. He just shrugged it off and said he'd come back tonight. And that's why all I can say is I'm embarrassed by what happened and apologise to all our 7 o'clock viewers."

But Faine wasn't having it.

"How many people work after hours for IT backup now in Sydney's Ultimo headquarters?" he asked.

"I'd have to get back to you," McMurtrie replied.

"I can tell you," Faine snapped back. "Nobody. We have to call somebody in if something goes wrong for TV or radio. It's ridiculous, Craig. Management either don't listen or don't have the money anyway."

Henderson is due to farewell ABC viewers properly on Friday, October 12 from 7pm.

Hendo told Fairfax Media it was unfortunate he wasn't able to tell Victorian viewers what was happening due to the technical difficulties.

"They're the perils of live television," he said. "And last night we saw it [in action]. We will have another crack at it and we will do it properly this time."