Note: This story discusses themes including suicide and sexual assault, which some people may find upsetting.

Shayne Ward, who plays Aidan, has been widely praised for his portrayal by viewers and co-stars alike. Suicide prevention charity Papyrus, which experienced its busiest ever day after the storyline started last week, has also praised “the way it was sensitively handled” on screen.

Julie was nominated in the Supporting Actress category at the BAFTA TV Awards for her performance as Trish Winterman, a survivor of rape, on Broadchurch. When asked if people reached out to her during the final series of the crime drama, she told Digital Spy: “That always happens when you do a storyline of this nature. 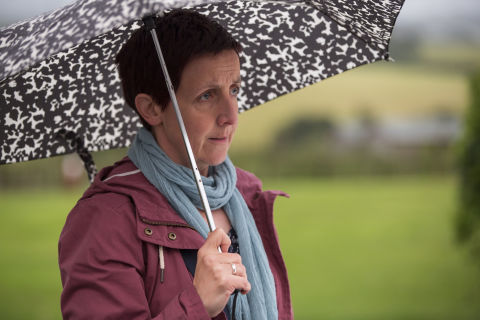 “It’s the same in Corrie, and I know they’re experiencing that in Coronation Street at the moment with the Aidan storyline.

“For me, that’s what culture and art’s about, and television especially because it’s so democratic and it’s in everybody’s homes and people experience things happening to characters that they care about and it opens up things for them.” 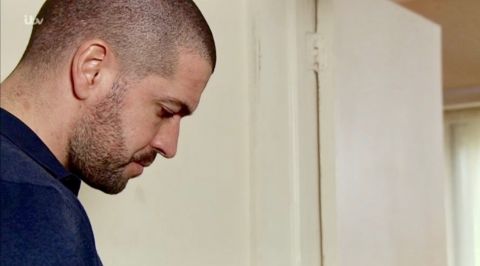 “The Aidan storyline this week, I really hope that it encourages people to talk, and people to ask more questions, and the same with Broadchurch.

“I hope that anybody who’s been through something, having seen this example of best practices, that they might feel encouraged to go forward and know that they’ll be treated with sensitivity and care.”

Coronation Street will continue the storyline in the aftermath of Aidan’s death in the coming weeks and months, exploring the impact of his loss on the Connor family, Aidan’s closest friends and the wider Weatherfield community.

Shayne recently said that viewer response to the storyline so far has been “truly overwhelming”, adding that a number of people have reached out to him personally to say that it’s helped them and encouraged them to talk to someone about how they’ve been feeling.

“I knew when I took it on that it was more than just a storyline. This is affecting millions of people around the world every single day, and when I read the stats I couldn’t believe it.”

Rape Crisis England and Wales works towards the elimination of sexual violence. If you’ve been affected by the issues raised in this story, you can access more information on their website or by calling the National Rape Crisis Helpline on 0808 802 9999. Rape Crisis Scotland’s helpline number is 08088 01 03 02.

Digital Spy Soap Scoop video – hit play below for all the latest Coronation Street spoilers, as the Connors struggle after Aidan’s death and Zeedan struggles to let Rana go.