Former BBC Radio 1 star Charlie Sloth has astonished fans by showing off a staggering booze bill – of more than £200,000.

The mind-bogging receipt, from The Penthouse at Dubai’s Five Palm Jumeirah hotel, included 53 bottles of champagne, a £6,000 bottle of cognac and a £3,000 bottle of vodka. 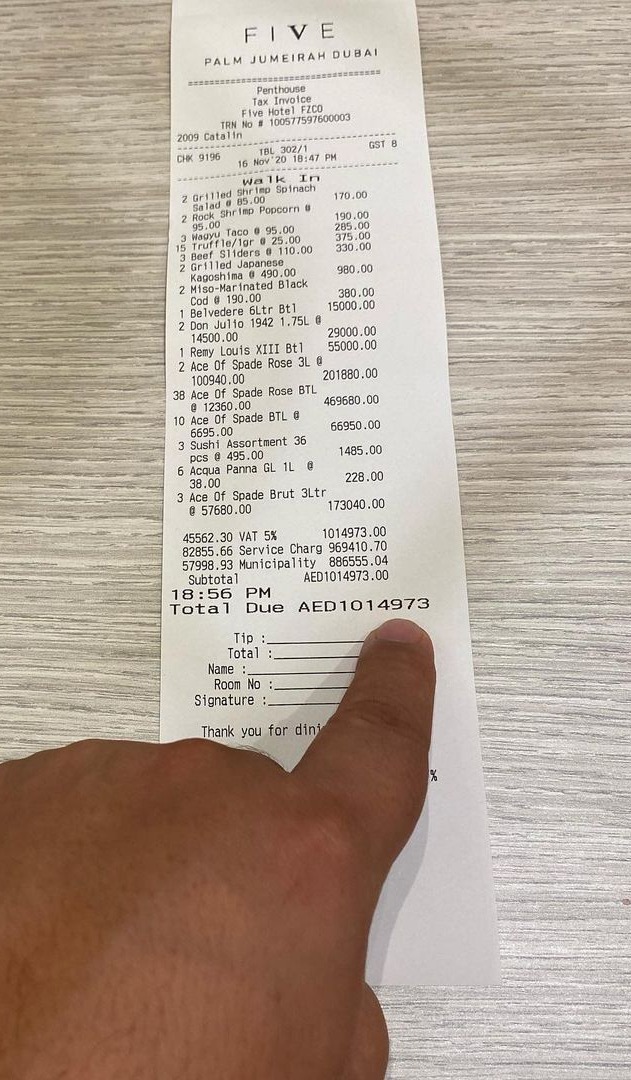 Among the eye-wateringly expensive drinks on the tab were Ace of Spades Rose Champagne, Don Julio 1942 tequila, Belvedere vodka and a £6,000 bottle of Remy Louis VIII cognac.

The hip-hop DJ, 39, posted the bill on Instagram writing: "When flexing and showing off goes wrong… 😬🤔."

Referring to the total, shown in the local currency of United Arab Emirates dirhams, he added: "1 MILLION AED 🤮" asking: the venue: "Do you do credit?"

The bill, which comes to £206,313 and was for a table of eight people, also included several plates of high-end Japanese food. 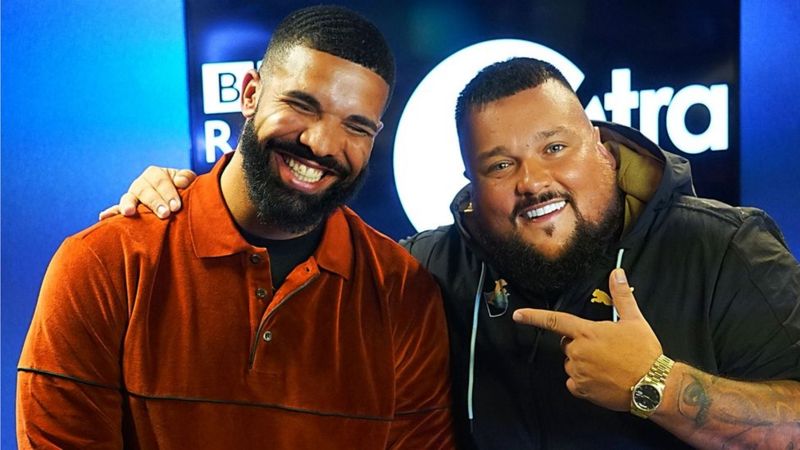 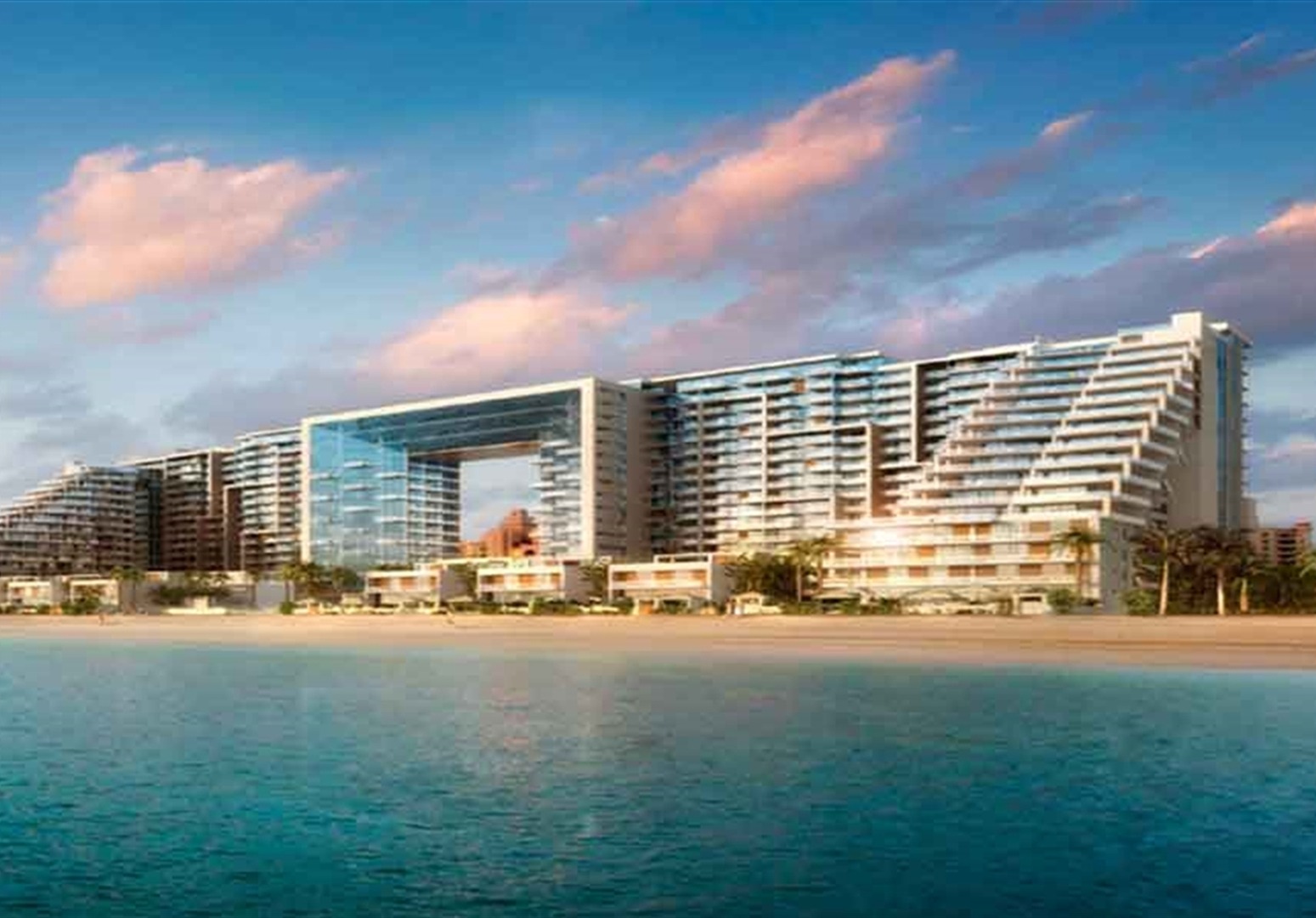 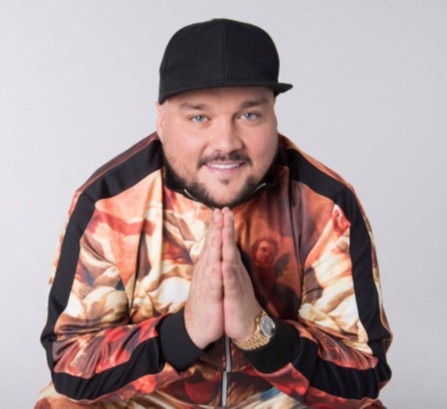 The DJ hosts a brunch and after-party at The Penthouse, on the 16th floor of the fancy hotel, on Saturday afternoons.

The management of the Penthouse jokingly replied below his post: "Sorry Charlie. You know we don’t give credit we’ve been through this…

"Please can you come to our head office as the CEO needs to speak to you urgently about your outstanding bill. #ThatsAlotOfDishesToWash 👀."

However, many suggested the mind-boggling receipt didn't add up, given it was generated at 6.47pm and appeared to have been printed minutes later. 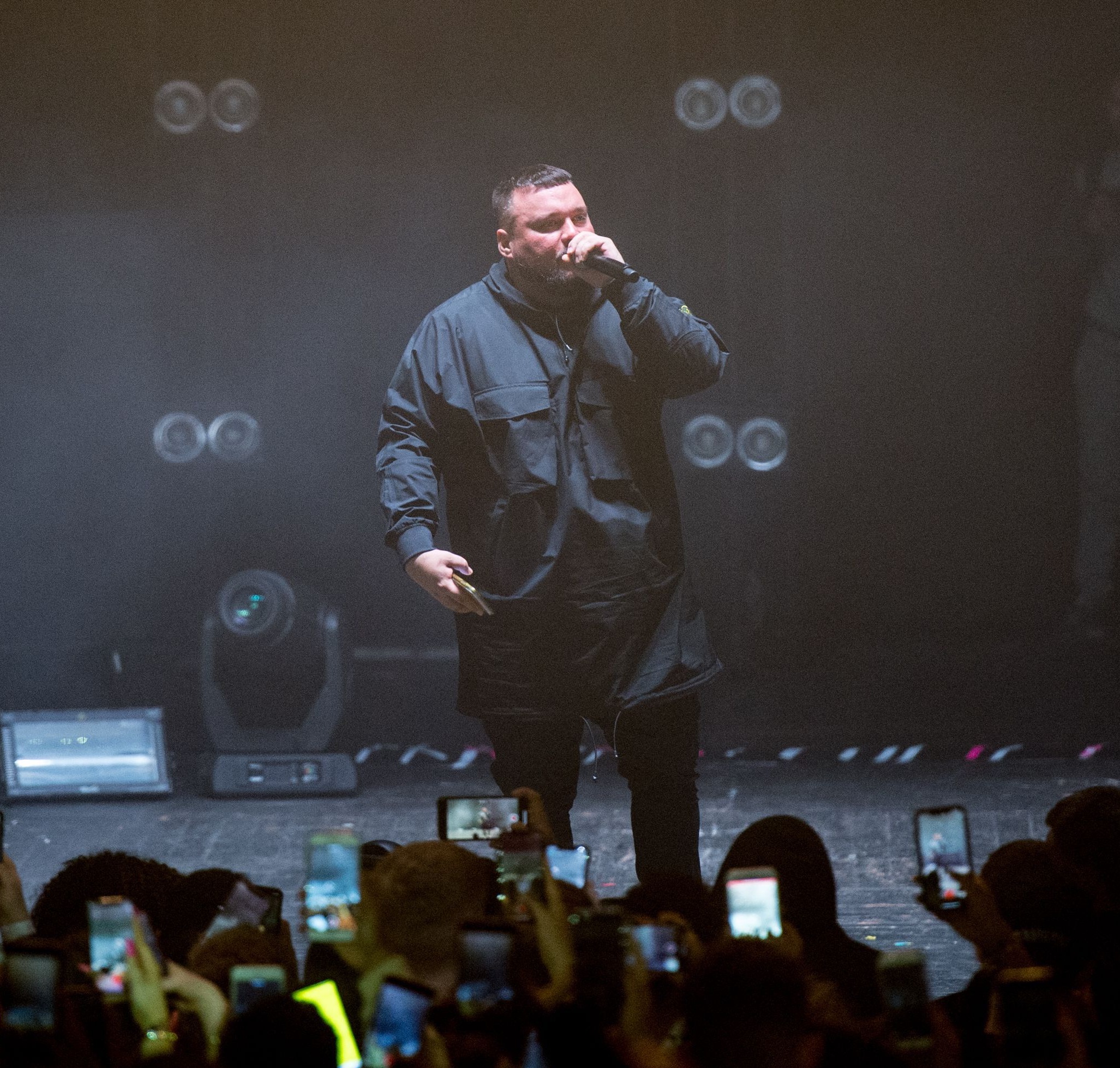 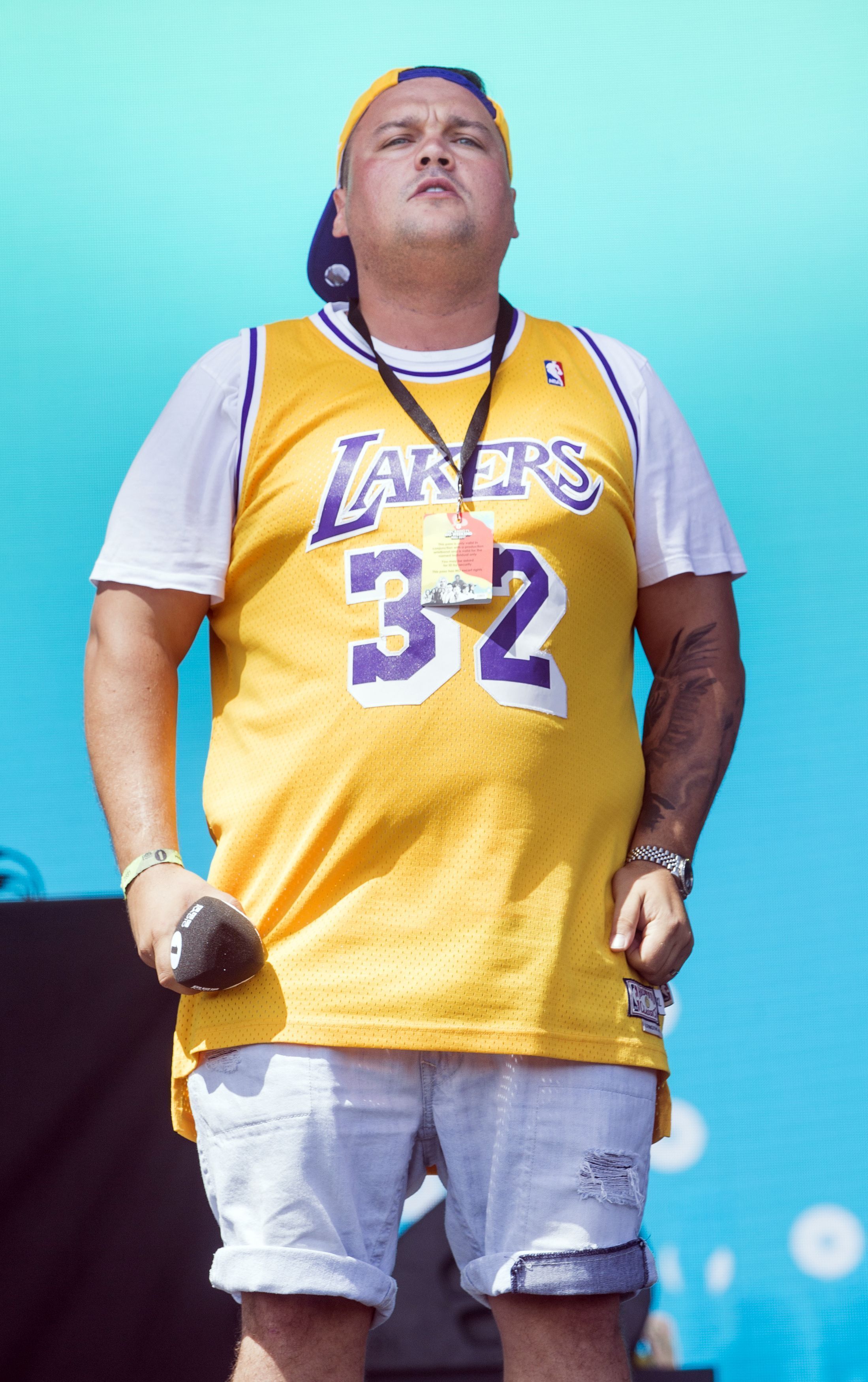 One of the star's followers wrote: "Fake bills 😳👀come on Charlie your better then that mate ! 💰."

Charlie presented on BBC Radio 1 and sister station 1Xtra for much of his career, before switching to Apple Music in 2018.

He departed in October that year after he gate-crashed the stage at the Audio and Radio Industry Awards saying: "Edith Bowman, f**k your life."

Edith had triumphed in the Best Music Specialist category, which Charlie was also up for. 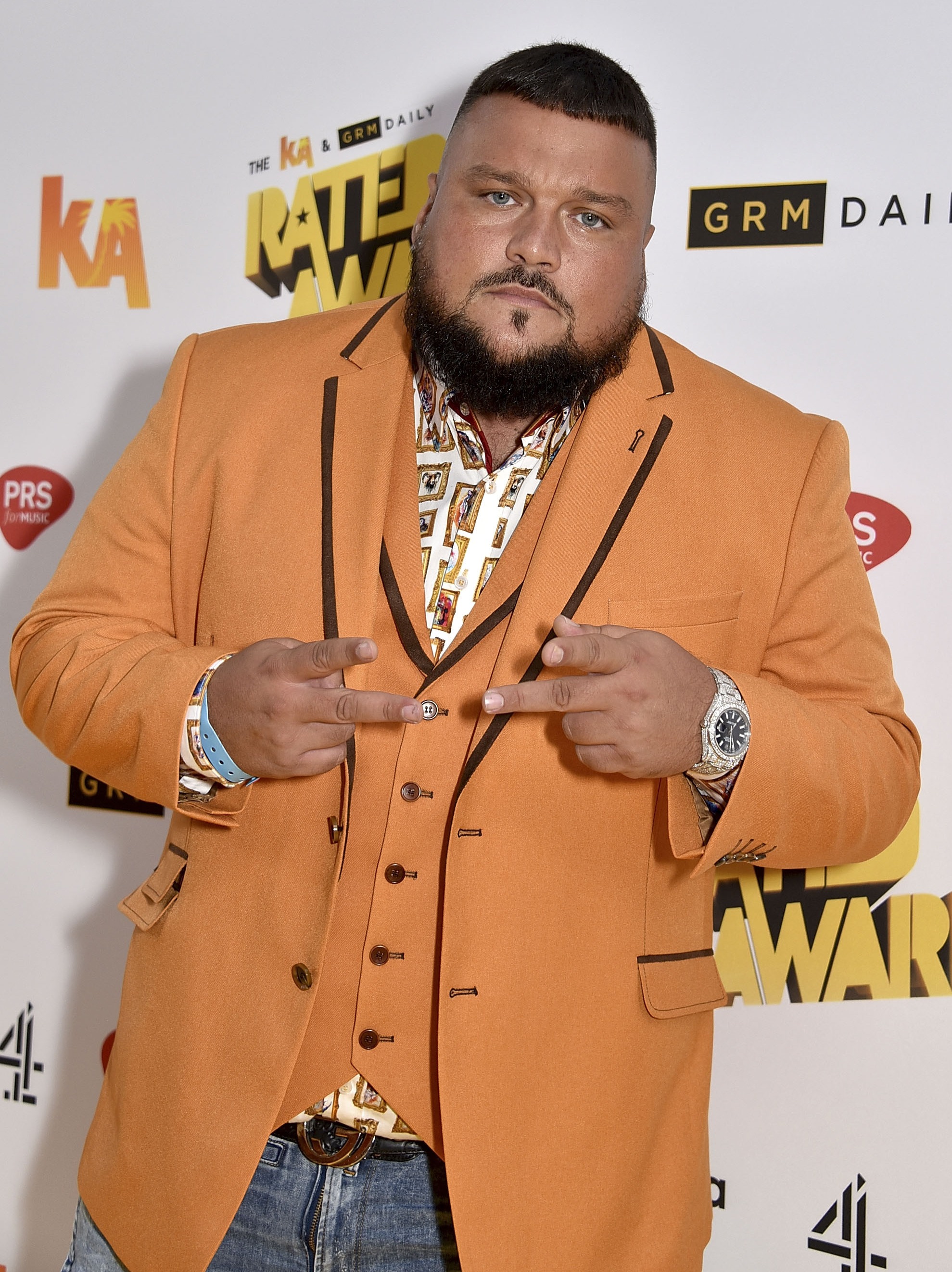 Charlie later tweeted: "'I’ve decided not do the remaining 10 shows on the BBC that I initially agreed. I love you all. Thank you."

Radio 1 posted a message of their own, writing: "We have agreed with Charlie Sloth that he will not be presenting any further editions of The 8th and The Rap Show for Radio 1 and 1Xtra."