FAMILY Fortunes viewers were in tears as a contestant proposed to his girlfriend live on the show.

During Sunday night's episode, Liam from the Russell family interrupted the show in order to make the romantic gesture. 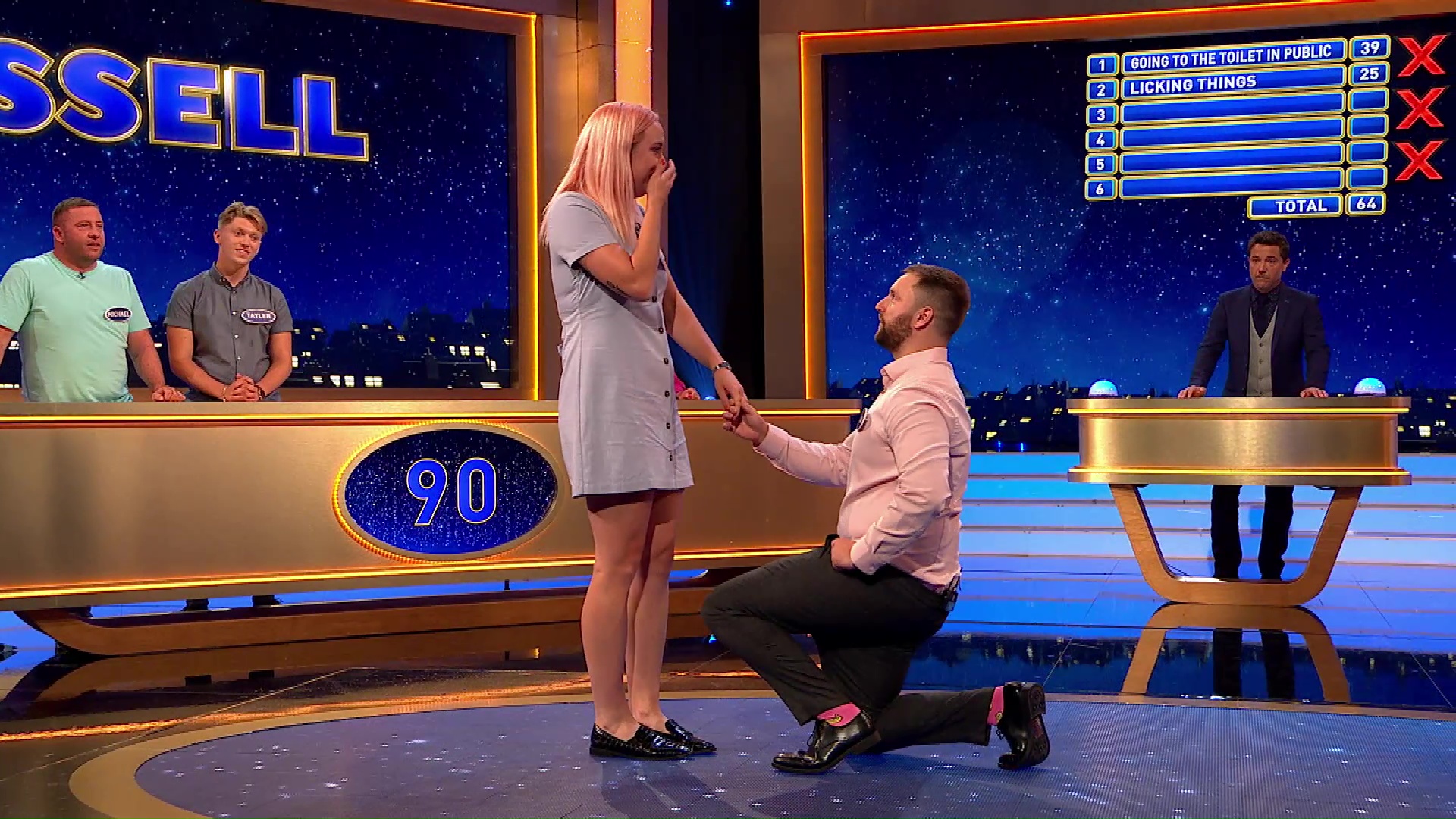 Gino D'Acampo – who hosts the revamped show – asked Liam what a dog can get away with that a person can't.

However, in response, Liam said: "I appreciate the question Gino, but I've got a question to ask myself."

He then grabbed his girlfriend Nadine's hand and brings her to the stage.

Nadine looks confused at first, but quickly raises her hand to her mouth when she realises what is happening. 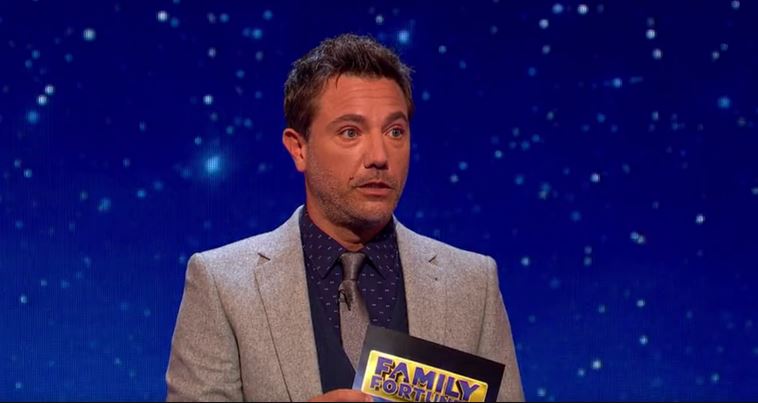 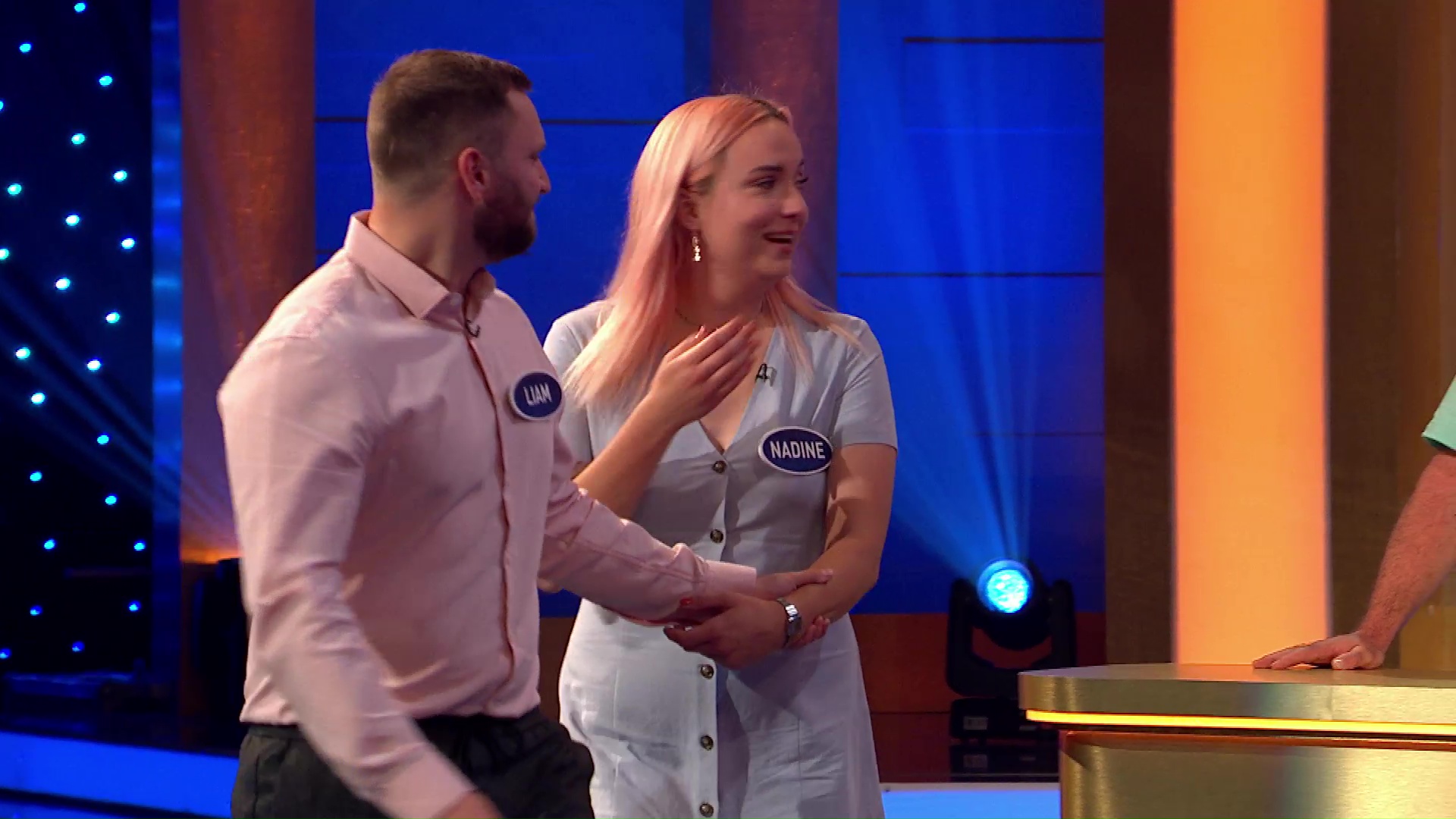 Holding her hands, he told her: "I love you so much. You've been in my life for four years now and truly I have never loved someone more in my whole life.

"The minute I set my eyes on you, I thought you were the most amazing girl I have ever met in my entire life."

Liam then dropped to one knee and presents a ring from his pocket.

As the audience cheers, he asks Nadine: "I would love it if you could… is that a yes?"

Nadine agreed and the pair shared a hug.

Gino couldn't believe his eyes as he congratulated the newly engaged couple.

Fans were in tears at the proposal, with one person saying: "Aww I never thought i would see a marriage proposal on #FamilyFortunes but now that I have I’m crying a huge huge congratulations to Liam and Nadine"

Another added: "Crying at #FamilyFortunes Not a fan of public proposals but that was super cute. Awww."

A third remarked: "FamilyFortunes just tipped me over the edge and now I'm crying uncontrollably." 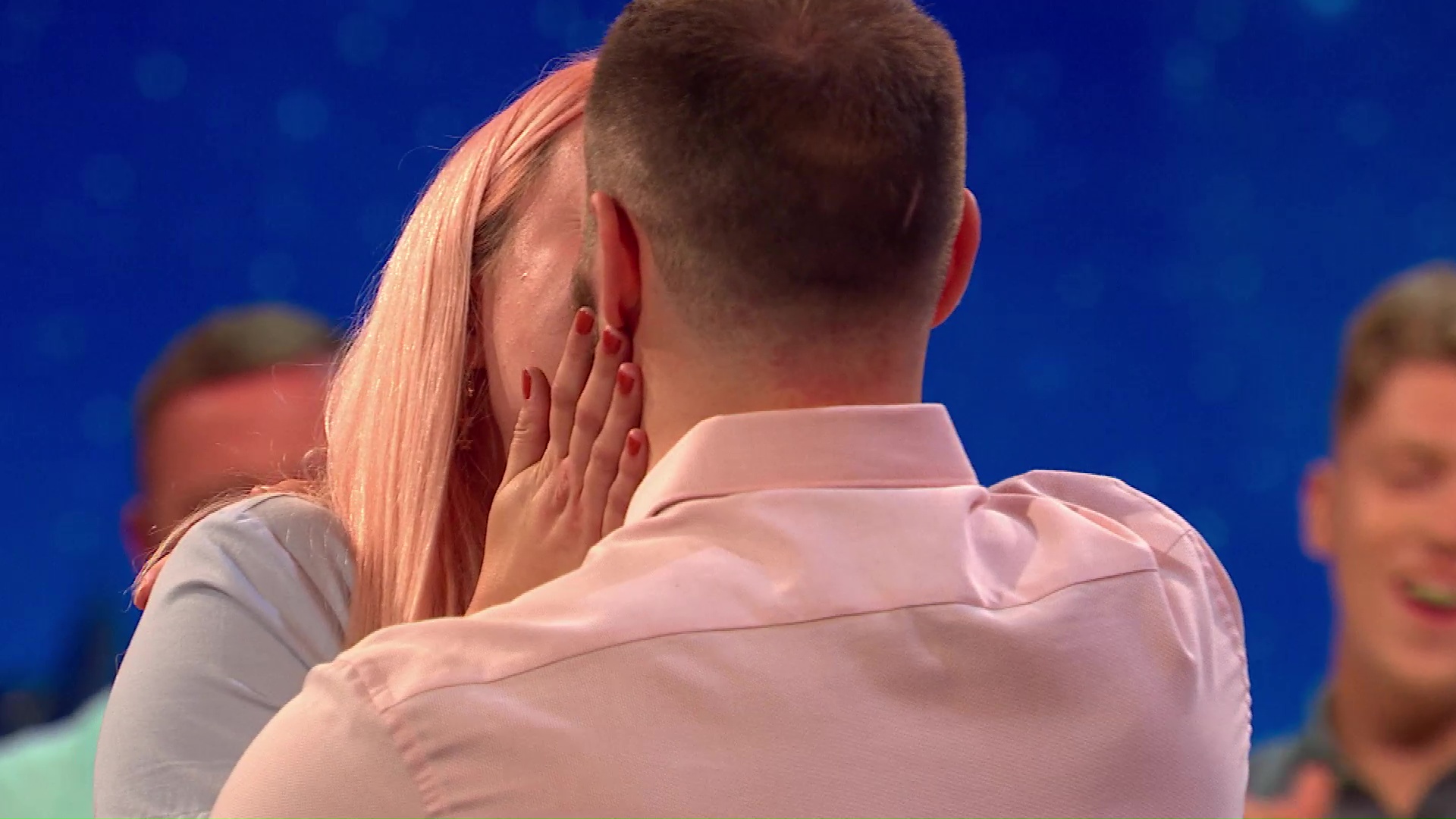 However, one person made the observation that this particular round was an odd choice for a proposal.

One person said: "Oh cringe on live TV when you’re talking about what a dog would get away with.. #FamilyFortunes"