The band were performing at The Joint at Hard Rock Hotel in Las Vegas on Wednesday when the frontman, 49, lost his balance playing a guitar solo after sinking a drink handed to him by a fan. 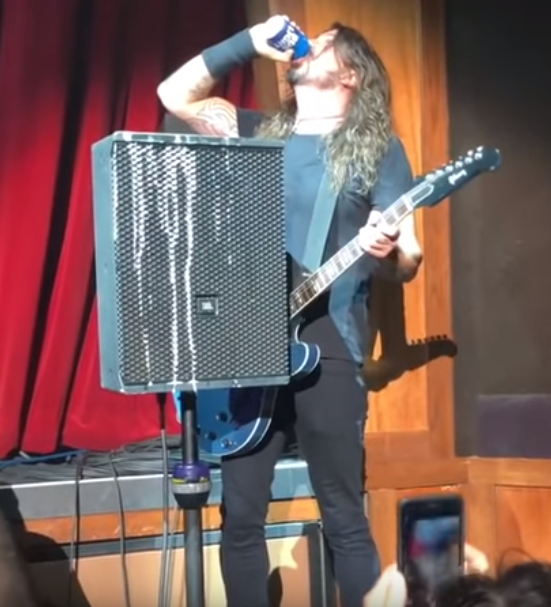 In 2015, he similarly broke his leg after falling off the stage at a gig in Sweden – which forced him to perform the rest of the show while sat in a chair.

At the time, he said on stage: "“I think I just broke my leg.

"You have my promise right now that the Foo Fighters – we’re going to come back and finish the show.” 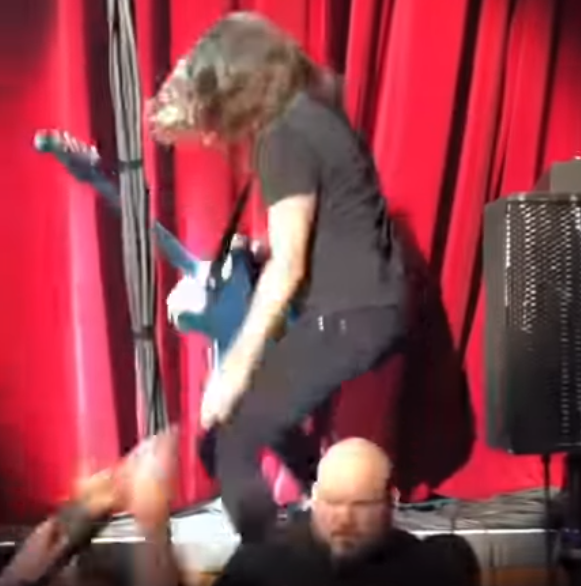 He performed the rest of the tour dates while sat in a throne – but it meant that the Foos headline slot at Glastonbury in 2017 had to be cancelled, with the slot being filled by Florence and the Machine.

The singer pranked fans when the band returned to Sweden in 2015 by getting a stuntman to pretend to fall off stage.
Grohl exclusively revealed to The Sun in 2017 that he 'fell into depression' after the injury.

The former Nirvana drummer said: “I didn’t just snap the bone, I dislocated it and tore all the ligaments. 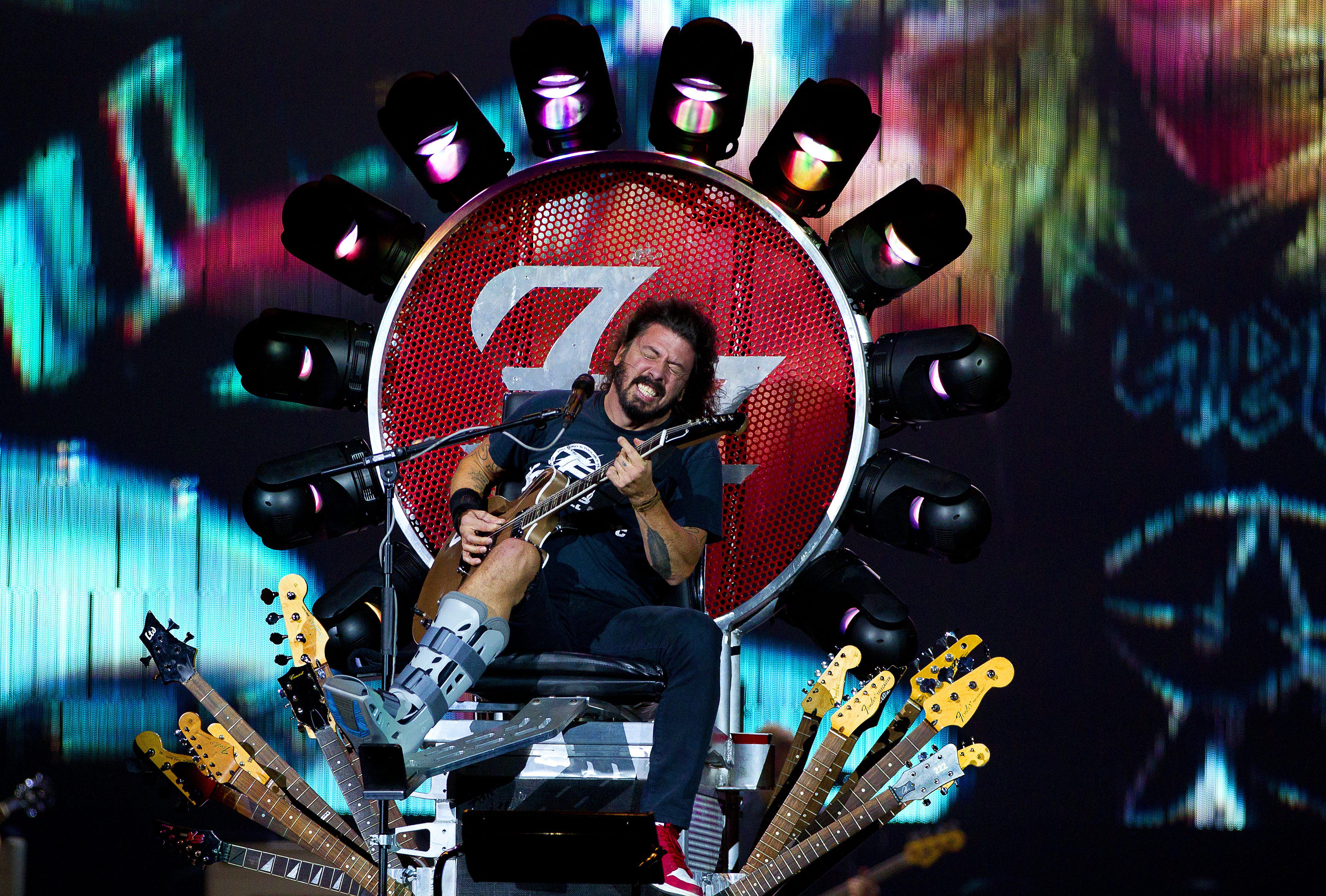 “But we had 60 more shows and after I came out of surgery we sat in my hotel room and had a meeting to decide what to do.

“Everyone wanted to make sure. I was OK and that we weren’t pushing it too hard, so I said what would it be like if I had to sit in a ridiculous f***ing throne every night and play to thousands of people?

“To me it was fresh and exciting and though I couldn’t walk and it was a bit uncomfortable, it was fun for the band.”