Former Celebrity Big Brother star Ashley James has confidence that Roxanne Pallett will eventually be able to rebuild her life even after the huge scandal surrounding her punching allegations.

The ex-Emmerdale actress has gone into virtual hiding since giving two TV interviews in which she publicly apologised for accusing CBB housemate Ryan Thomas of punching her “repeatedly, unprovoked”. Prior to that, she was condemned by Thomas’s family and some of her own former soap co-stars.

But, in spite of the huge backlash and public complaints, there have also been a few people speaking up in support of Roxanne. Lee Ryan accused the public of being “nasty and vindictive” in their treatment of her, and now former CBB star Ashley James is weighing in too.

Ashley, who is a close friend of Ryan’s girlfriend Lucy Mecklenburgh, told the Daily Star that Roxanne deserves a chance to rehabilitate her life, if not her career.

“I found it really hard coming out of the house, I can’t imagine what it must be like to come out to that kind of reaction,” she said. “At least for her side, she has the footage, so she can assess it and come back a stronger and better woman.” 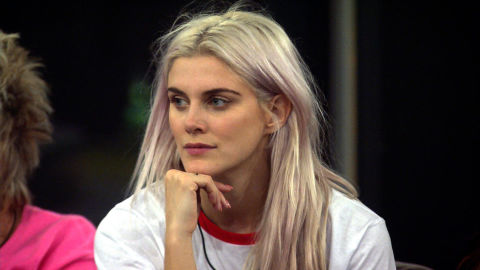 The reality star went on: “I hope there’s not too much of a witch hunt because her career is already over now.

“She has apologised, it doesn’t make what she did right – but how long are we going to witch hunt someone? It needs to be laid to rest now.”

Roxanne’s career might not actually be over! It was reported last week that she’d already filmed a new series of Celebrity Coach Trip that is set to premiere next year.