FRIENDS star David Schwimmer has defended a call for an ‘all-black’ reboot after sparking a sitcom race row. 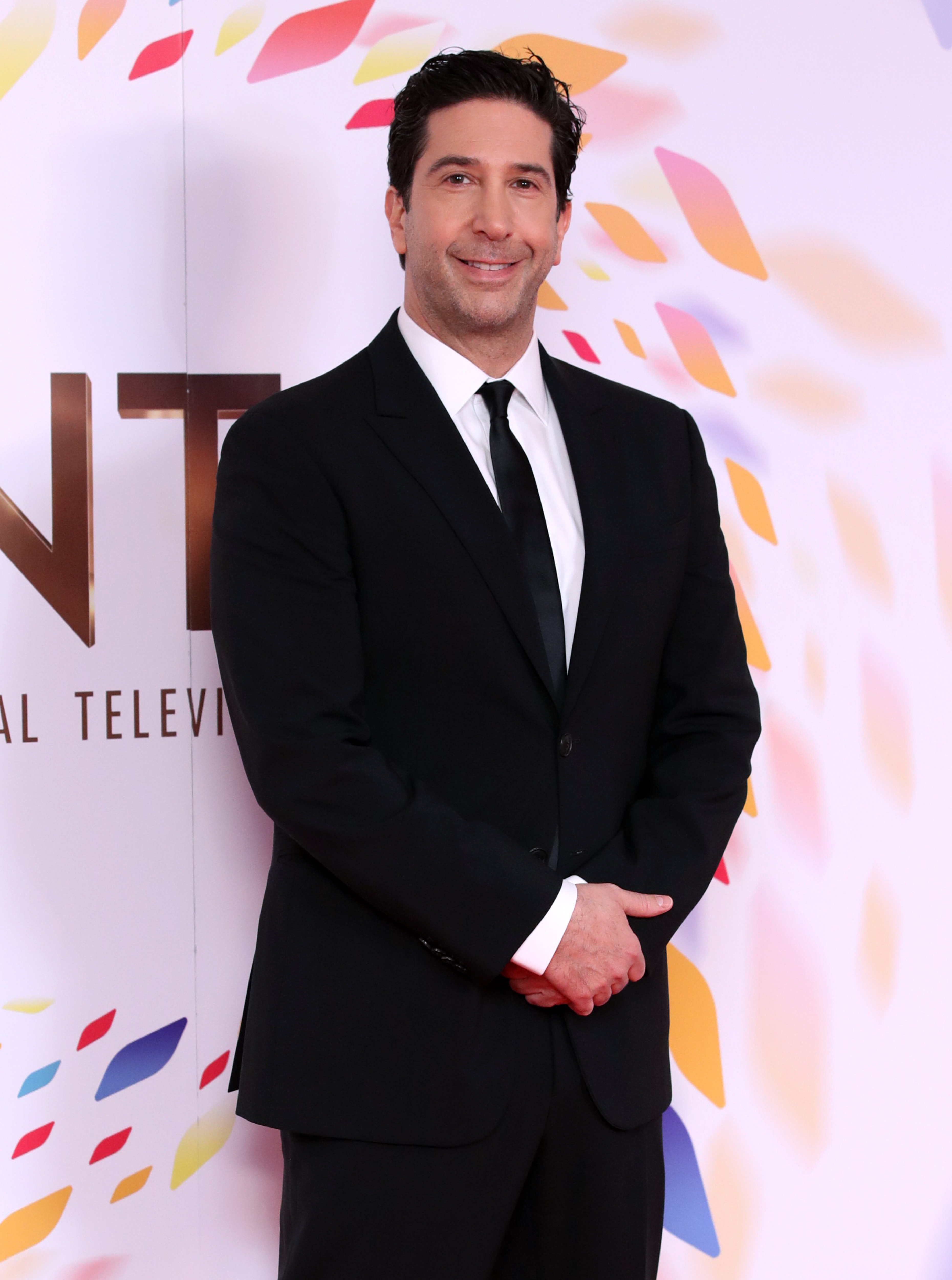 In a recent interview with The Guardian, David spoke about the show's diversity – which many millenials have accused of being lacking – and suggested there should be "an all-black Friends or an all-Asian Friends".

His comments lead to actress Erika Alexander pointing out she had starred in 90s sitcom Living Single, which had revolved around six friends who lived together in a house in Brooklyn, New York.

She wrote online: "[Are you] seriously telling me you've never heard of #LivingSingle?

"We invented the template! [You're] welcome bro." 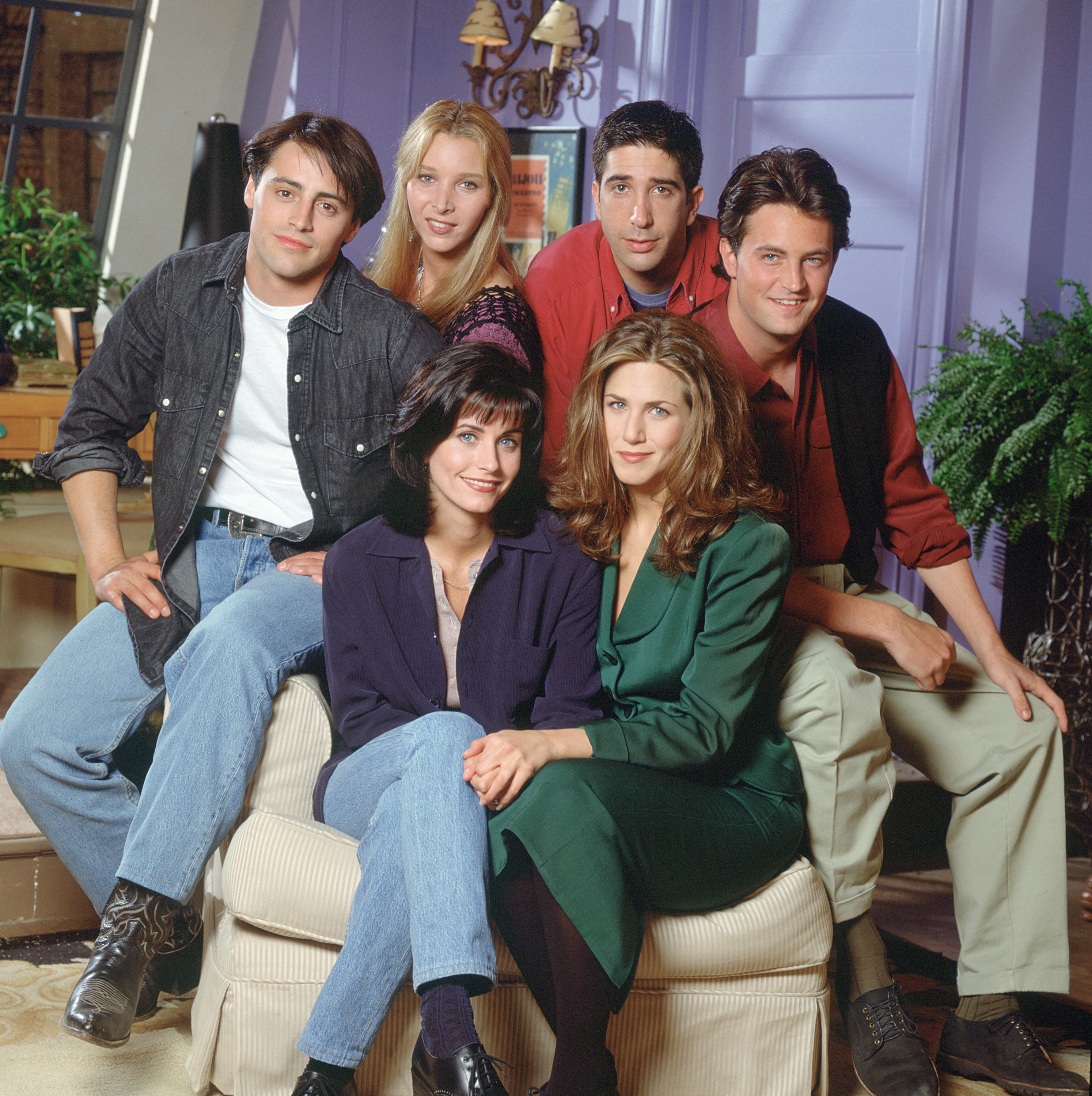 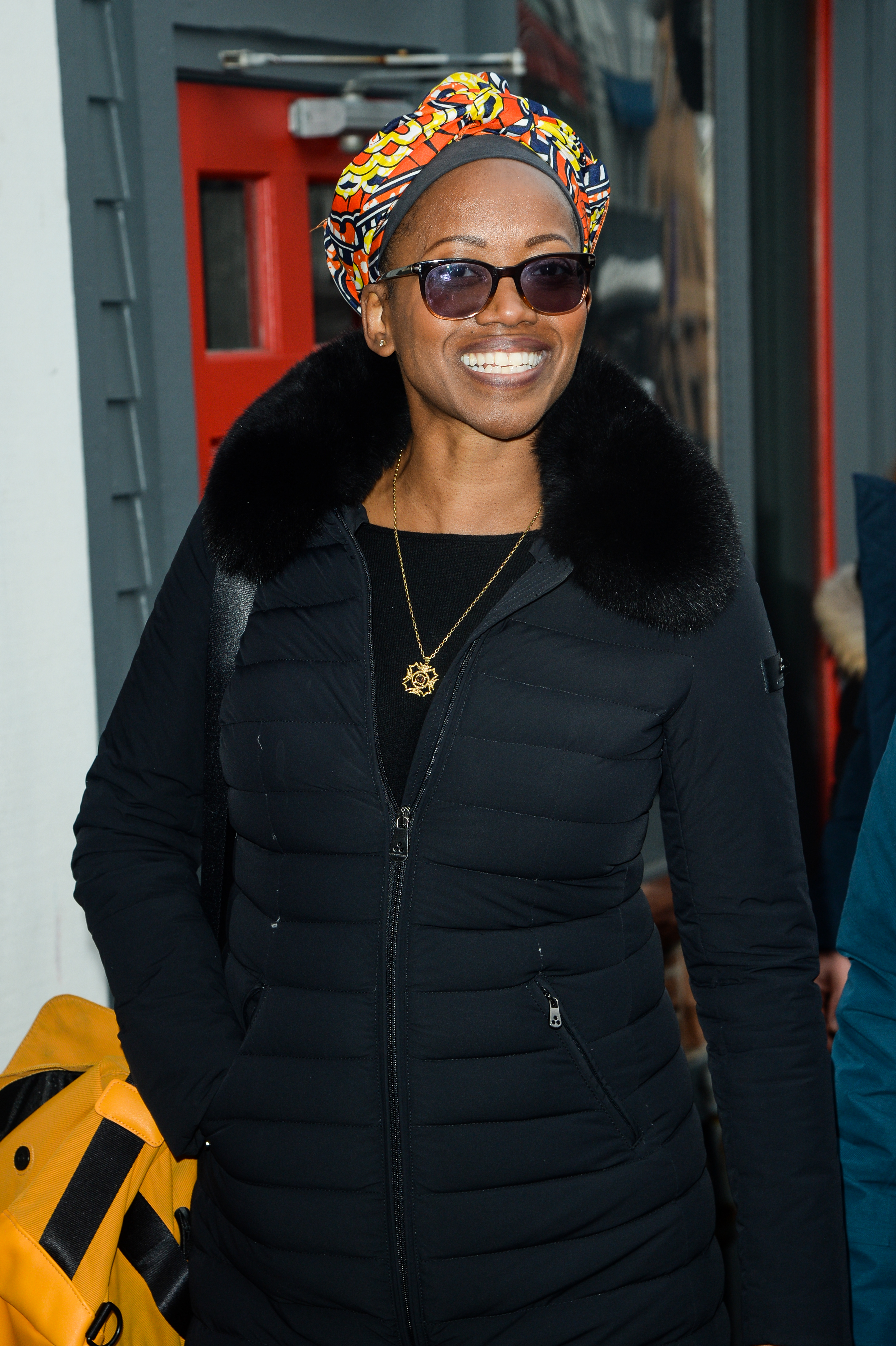 David has now responded to Erika in a lengthy post shared on his official Twitter account where he insisted he knew about Living Single and "was not implying Friends was the first of its kind."

He said: "Hi Erika. As you know, I was asked recently in an interview for The Guardian how I felt (for the thousandth time) about a reboot of Friends immediately following a conversation about diversity on the show, and so offered up other possibilities for a re-imagining of the show today.

"I didn't mean to imply Living Single hadn't existed or indeed hadn't come before Friends, which I knew it had.

"Please remember in an interview quotes are often pieced together and taken out of context, and then these quotes are re-purposed in other articles by other people who are trying to be provocative.

"I was a fan of Living Single, and was not implying Friends was the first of its kind.

"To my knowledge, Friends (which came out a year later) was inspired by Marta [Kauffman] & David [Crane]'s own lives and circle of friends living in NY in their twenties.

"If it was based on Living Single you'd have to ask them. 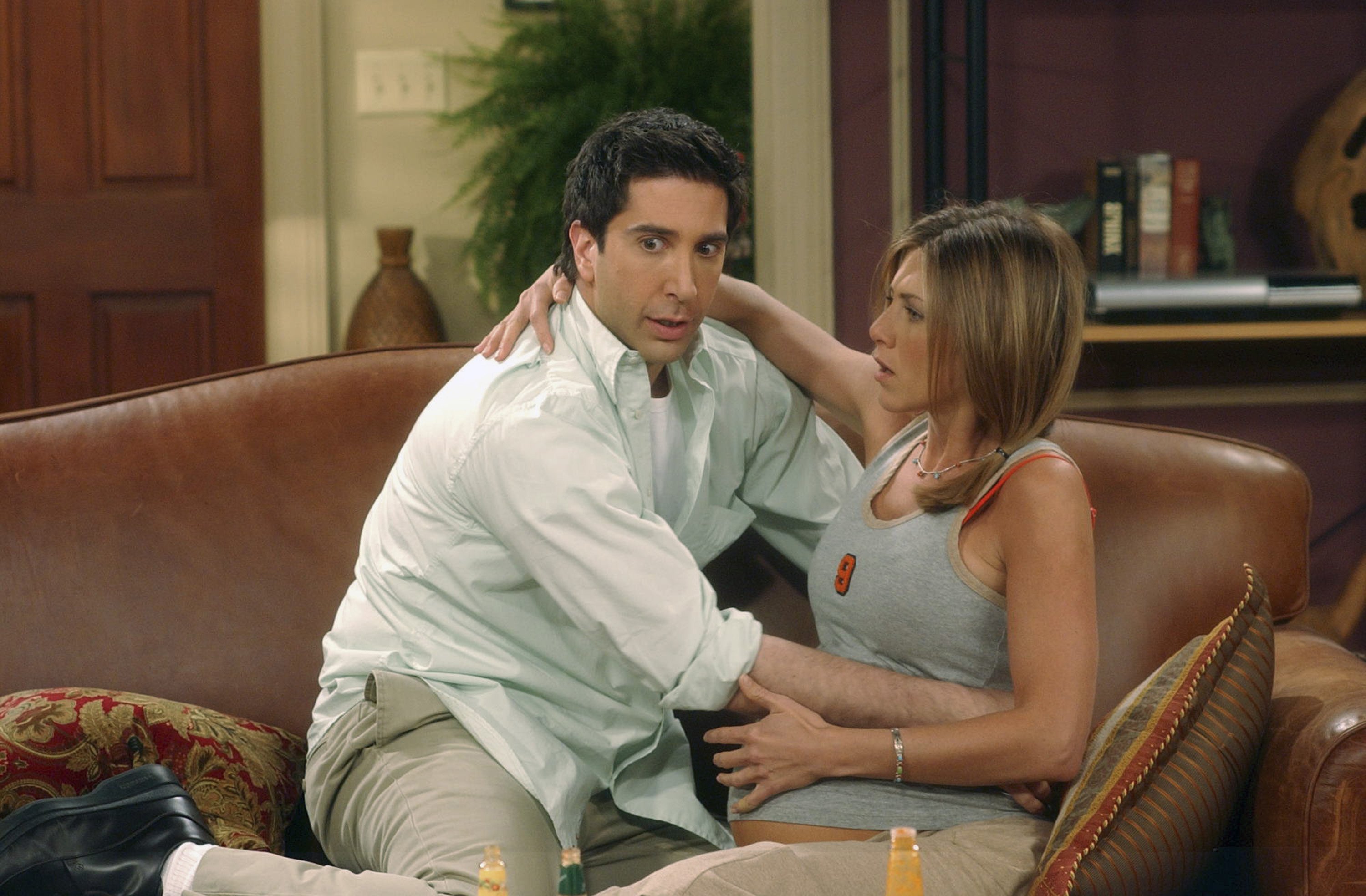 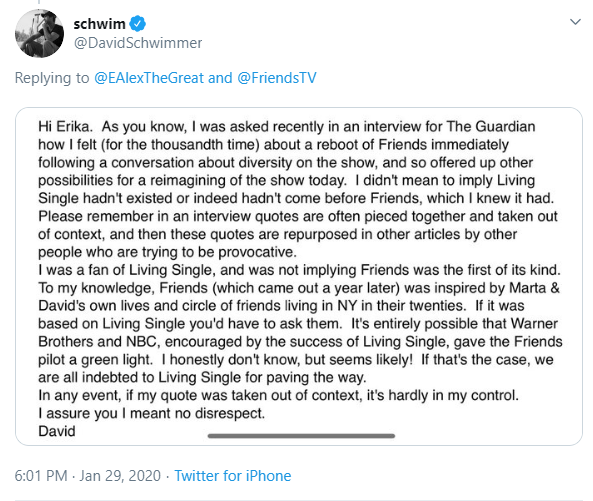 "It's entirely possible that Warner Brothers and NBC, encouraged by the success of Living Single, gave the Friends pilot a green light.

"I honestly don't know, but seems likely! If that's the case, we are all indebted to Living Single for paving the way.

"In any event, if my quote was taken out of context, it's hardly in my control. I assure you I meant no disrespect."