From Quentin Tarantino to Greta Gerwig, All of the Stars Are Happy at the AFI Awards 2020

Heading into Golden Globes weekend, the annual American Film Institute Awards is a civilized, untelevised gathering that plays into the hands of awards campaigners who nab any chance to put their contenders in front of the media. This lunch at the Four Seasons is more relaxed and convivial than most because, as AFI president Bob Gazzale pointed out, everybody’s a winner. 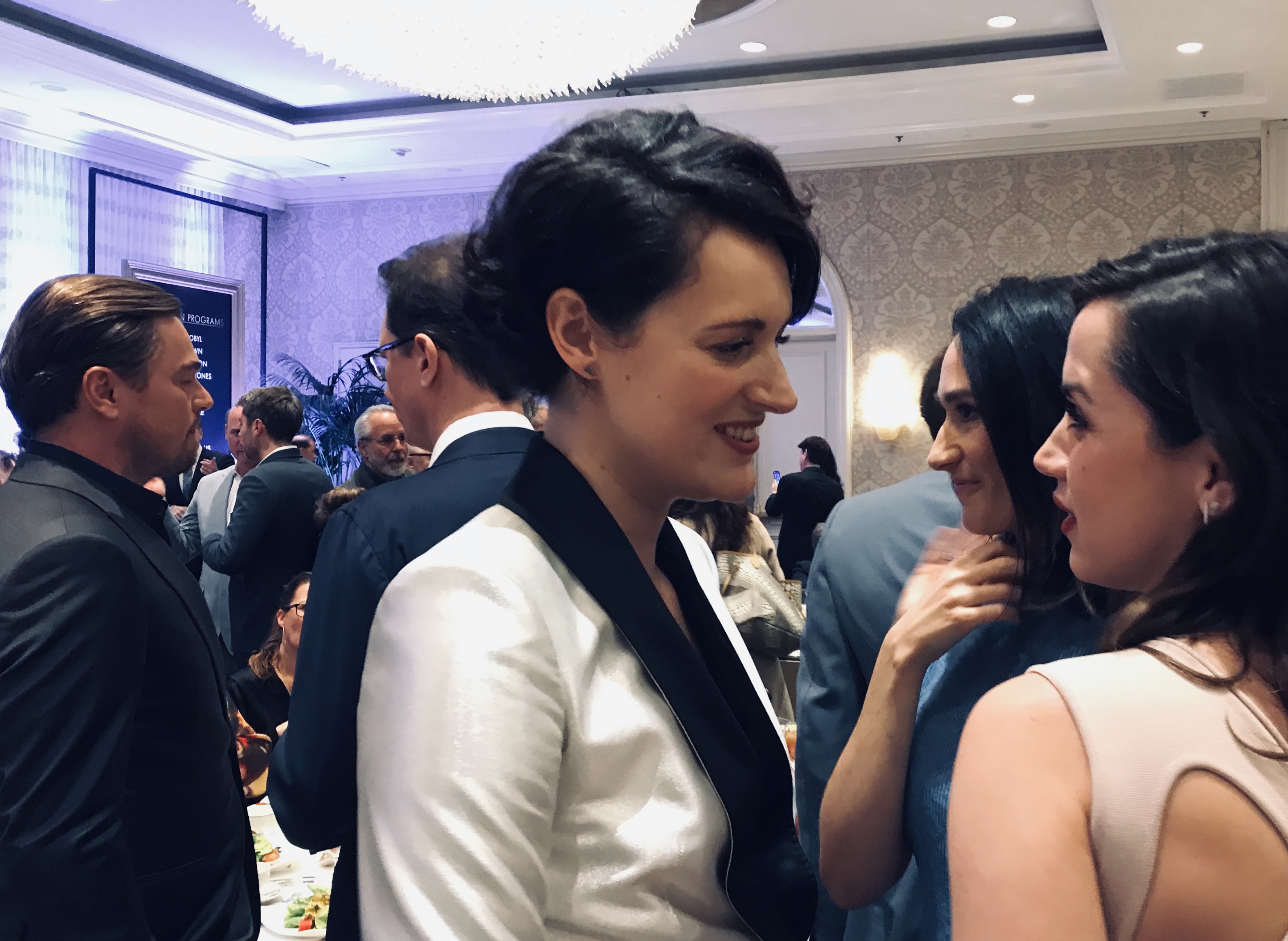 Each January, top players from the 10 movie and 10 TV winners know all they have to do is socialize for an hour or so, pick at their salmon, and applaud 20 clips. Actually, this year there were 22, as the juries gave special awards to two foreign imports, Phoebe Waller-Bridge’s “Fleabag” and Bong Joon Ho’s “Parasite.” “Once Upon a Time in Hollywood” star Brad Pitt bounded across the room to greet the director Bong and the cast of “Parasite,” whose clip earned rousing applause. 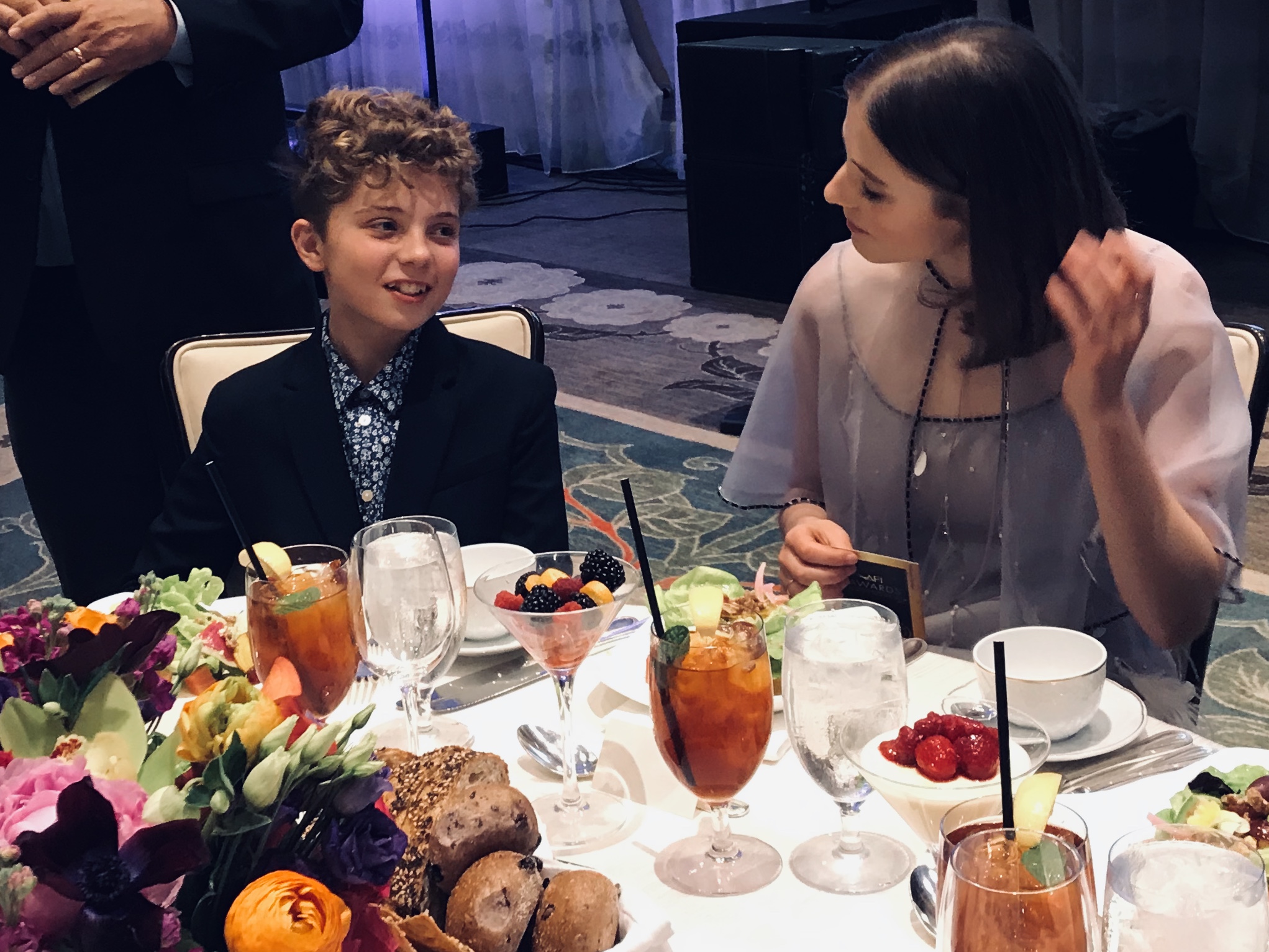 Gazzale pointed out several AFI Life Achievement Award winners in the crowd, among them Clint Eastwood, the 89-year-old director of “Richard Jewell.” Mel Brooks teased Taika Waititi for not asking permission to put Hitler in “Jojo Rabbit;” he liked it anyway.

TV jury chief Rich Frank said his jury had to sift through more than 400 scripted series. “What was television has changed in recent years,” he said. “It was hard to pick 10.”

Meanwhile, the Netflix table straddled both sides of the aisle, with Oscar contenders “Marriage Story” and “The Irishman” — with Robert De Niro on hand — as well as Peter Morgan’s series “The Crown” (his girlfriend Gillian Anderson plays Margaret Thatcher in Season 4), Ava DuVernay’s “When They See Us,” and Susannah Grant, Ayelet Waldman, and Michael Chabon’s “Unbelievable,” starring Merritt Weaver and Kaitlyn Dever, who sat with director Lisa Cholodenko. Waldman and Chabon are finally putting bestseller “The Amazing Adventures of Kavalier and Clay” onto Showtime; Trekkie Chabon is already working on the return of Patrick Stewart to CBS All Access’ “Star Trek: Picard.” 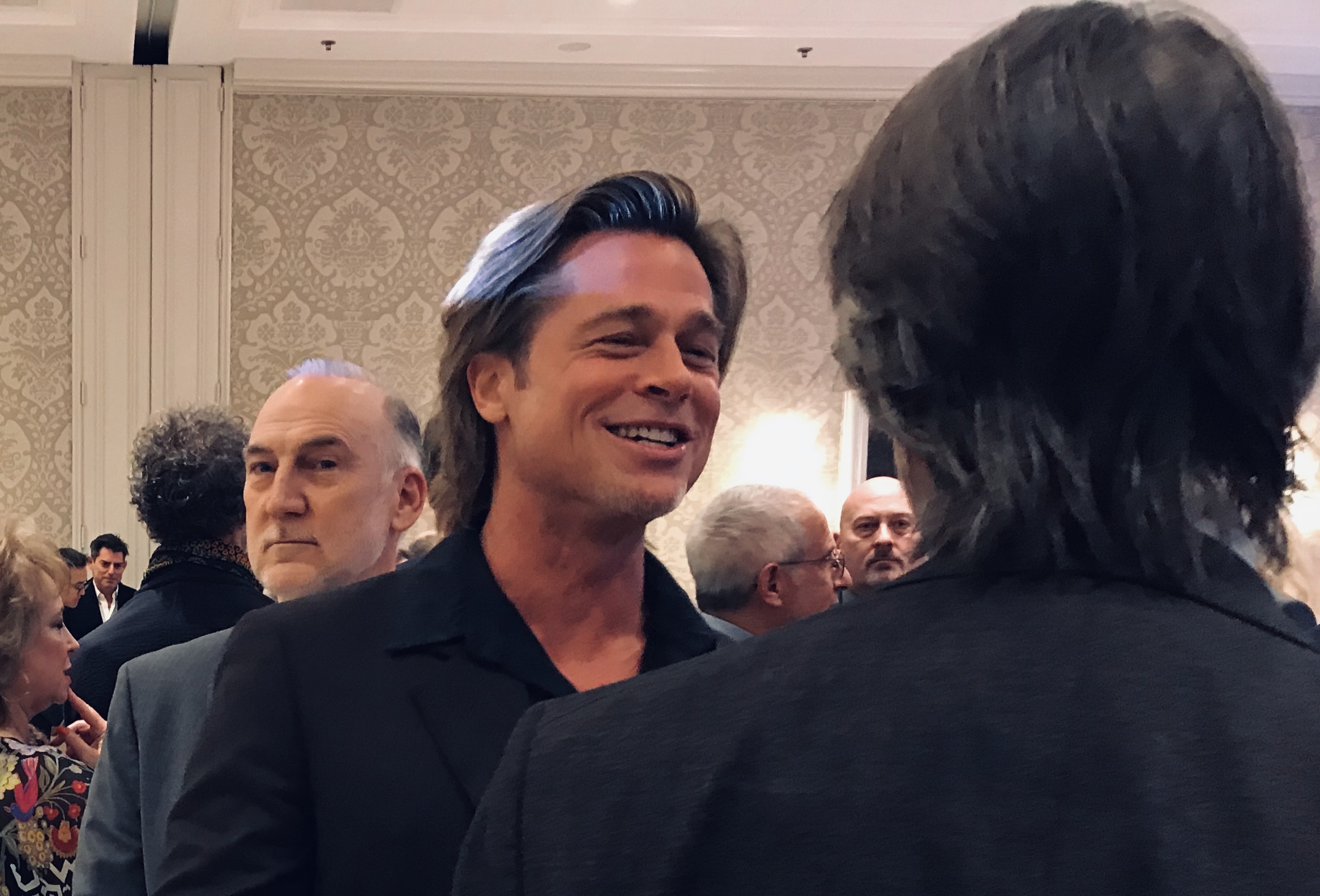 On the film side, Sony’s Tom Rothman shepherded two films, “Once Upon a Time in Hollywood,” with Quentin Tarantino, Pitt, Leonardo DiCaprio and Margaret Qualley on hand, and Greta Gerwig’s “Little Women,” accompanied by star Saoirse Ronan. Gerwig admitted that she had never spent such an anxious Christmas. She needn’t have worried; her movie scored big with audiences. 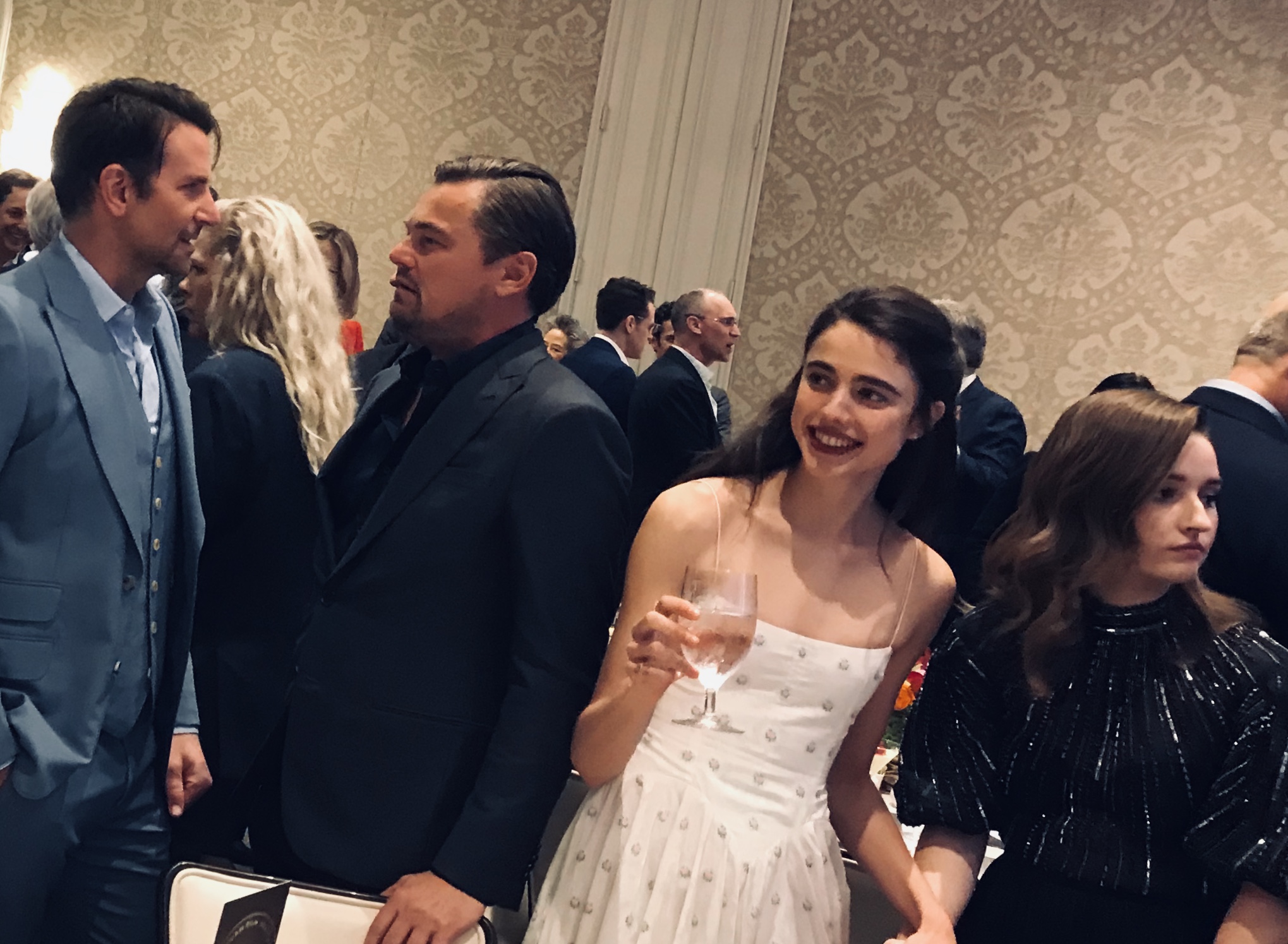 Her partner Noah Baumbach was hanging with “Marriage Story” stars Laura Dern and Adam Driver, who attended this event last year with Spike Lee’s “BlacKkKlansman.” At Lionsgate’s “Knives Out” table, writer-director Rian Johnson sat with Don Johnson and Jamie Lee Curtis and admitted that he’s learned to be politic when it comes to answering questions about “Star Wars.” 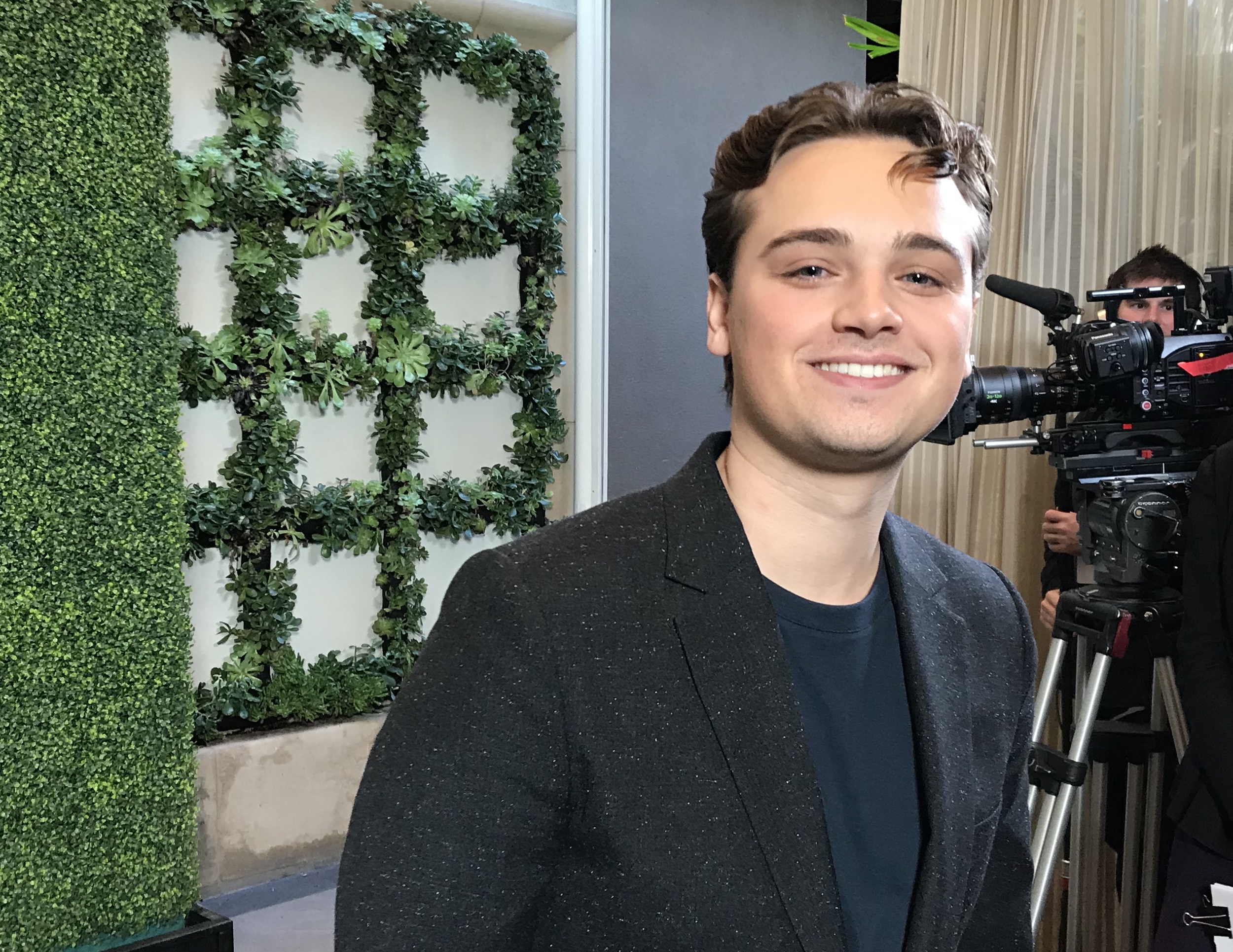 Check out the full list of honorees for both film and television below.

AFI Motion Pictures of the Year

“Once Upon a Time in Hollywood”

AFI Television Programs of the Year

“When They See Us”