Game of Thrones: Here’s Who Has the Best Odds of Ending Up on the Throne

SPOILERS AHEAD for Season 8 of Game of Thrones.

With the Battle of Winterfell behind us and the Night King gone, two of the biggest remaining questions are who will end up on the Iron Throne and who, if anyone, will kill Cersei.

Thanks to the team at Visme, a data visualization tool, we have better picture of who stands the best chance at both scenarios, as they pulled together the latest odds by betting site Bovada and put them into easy-to-follow graphics. 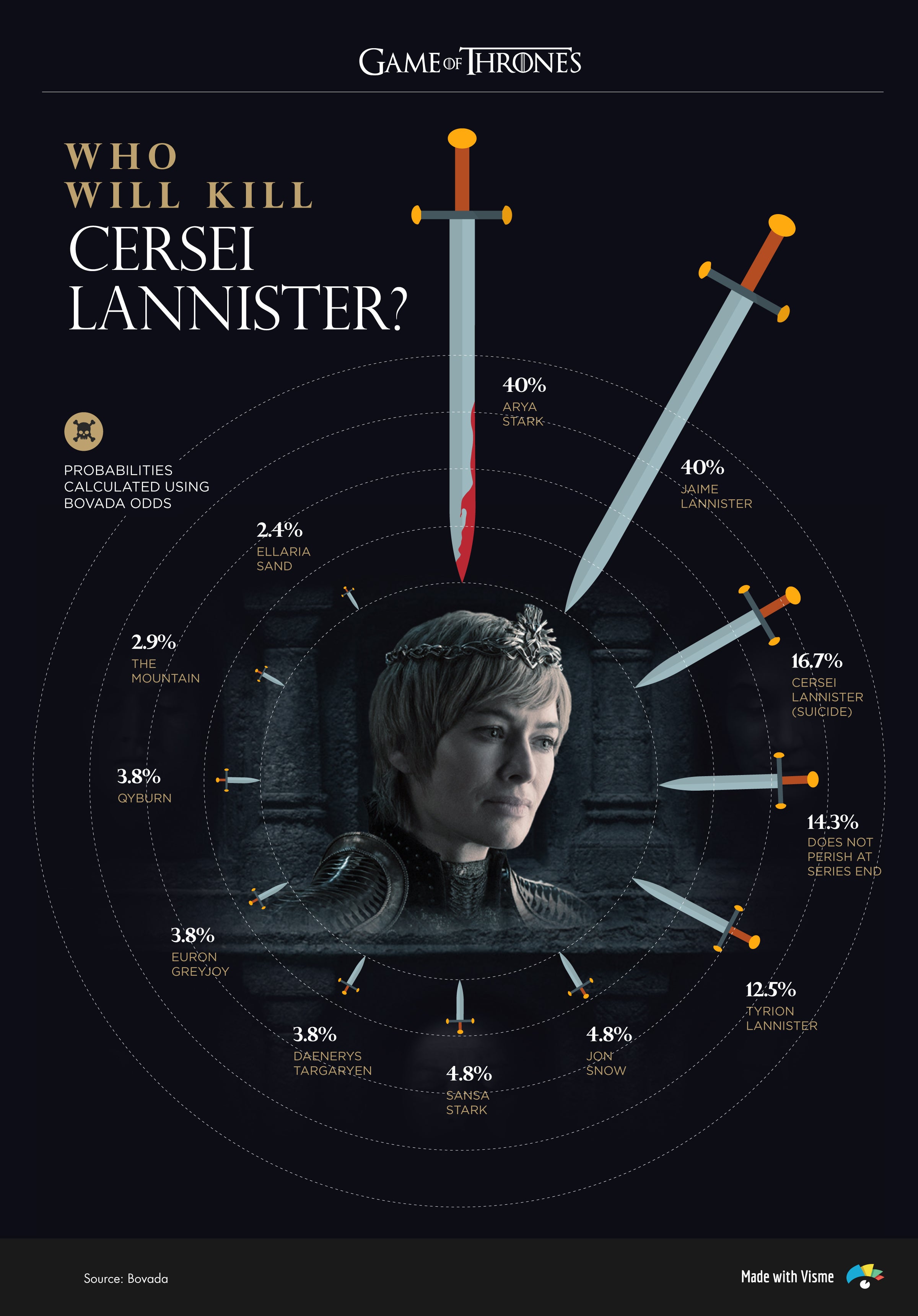 Arya Stark, who may have saved all of Westeros by killing the Night King, is tied with Jamie Lannister for the highest chance of killing Cersei at 40%, which would certainly cement herself as the greatest assassin the world has ever seen.

Jamie, who is obviously Cersei’s brother/lover, has had a love/hate relationship with his sister/lover and all of her evil-doings may require the Kingslayer to, once again, live up to his name.

Lastly, Visme decided to use the Myers-Briggs Type Indicator Test to see who is best suited to become the leader of Westeros based on modern-day personality science. Each character was given a personality type by users from the MBTI database. 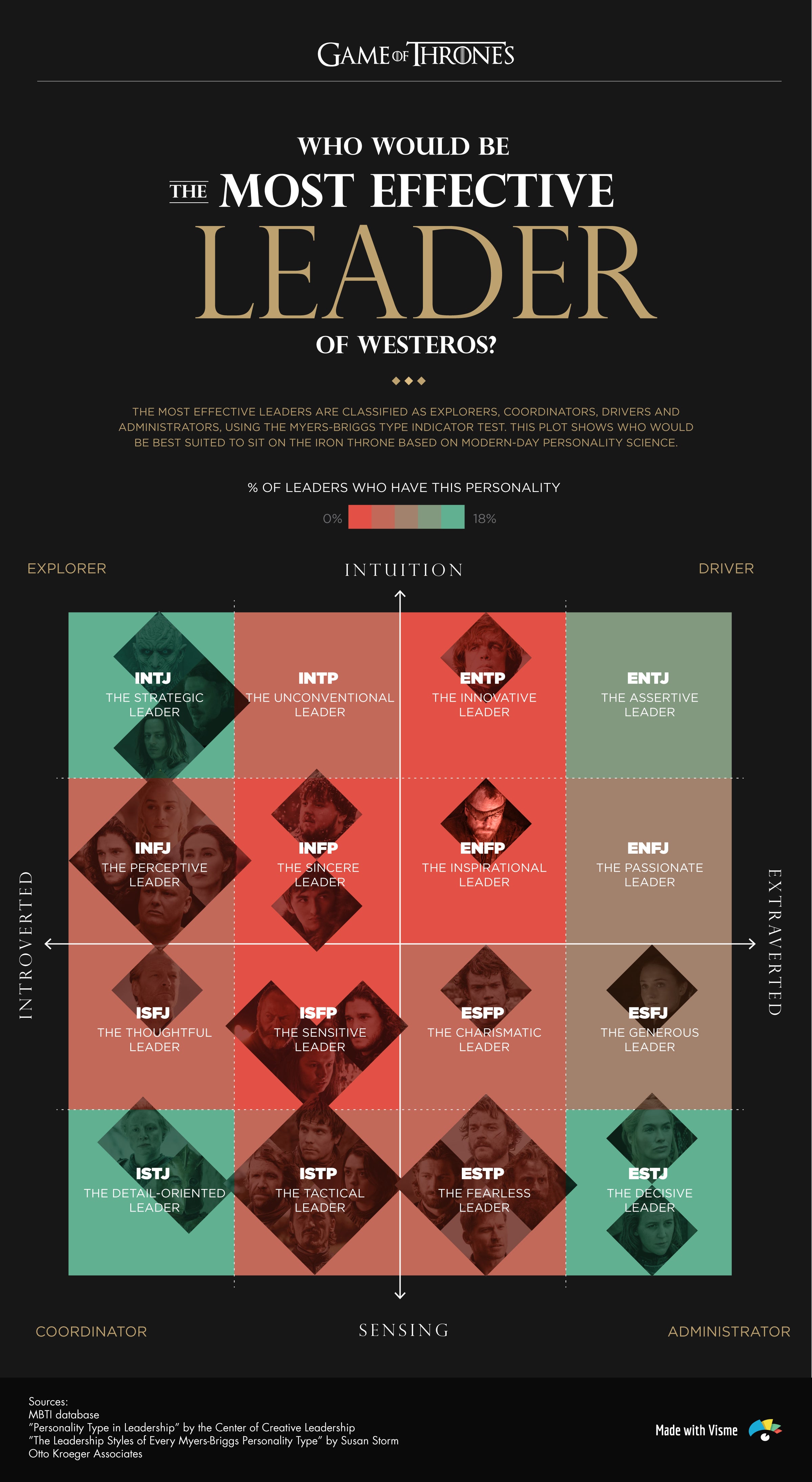 The scale put introverts and extroverts on opposite sides of a horizontal scale and sensing and intuitive types on a verticle scale to plot each of the 16 different personality types.

Based on a test of 26,477 leaders conducted by the Center for Creative Leadership, the highest percentage of leaders are either INTJ, ENTJ, ISTJ, or ESTJ, which happen to be the four corners of the above graphic.

Interestingly enough, this paints a picture that the best leaders may not be the best people, as The Night King, Cersei, and Petyr Baelish all fall within these categories. However, Brienne of Tarth is an ISTJ (Detail-Oriented Leader), and if she won the Iron Throne, Westeros would be all the better for it.

With only three episodes left of Game of Thrones, it won’t be long until we find out the answers to these pressing questions. Also, stars of the series have said that while “The Long Night” was a crazy episode on every level, episode 5 is “bigger” than the Battle of Winterfell.

For more on Game of Thrones, check out one opinion on why the latest episode was a disappointment, why the threat of the White Walkers may not be completely gone, and how and where you can stream the final episodes of HBO’s worldwide phenomenon.

Have a tip for us? Want to discuss a possible story? Please send an email to newstips@ign.com.

Adam Bankhurst is a news writer for IGN who, like Han Solo, never likes to be told the odds. You can follow him on Twitter @AdamBankhurst.