Game of Thrones has just one episode left to close up every complex storyline it’s been weaving.

However, season eight hasn’t been without its faults and episode five, which aired overnight featured another pretty big one.

It was all centred around Jaime Lannister (Nikolaj Coster Waldau) who very famously had his right hand chopped off in season three, episode three.

Since then, he has been sporting a decorative golden hand and trained to fight with his left.

But in last night’s instalment, it appeared the production team forgot Jaime lost one of his limbs.

Towards the end of the instalment, Jaime was finally reunited with his lover and sister, Cersei Lannister (Lena Headey).

Many thought he would be going to kill her in a desperate bid to fulfil the Valonqar prophecy that said the evil Queen would be killed by one of her two brothers.

However, it seemed Jaime, who apparently knew there was death coming, planned to spend his final hours with the woman he loved.

The pair tried to escape the Red Keep but they found themselves trapped in the hidden crypt which was full of dragon bones.

Instead of running, a distraught Cersei admitted she was scared of dying but Jaime was there to reassure her while he accepted his own fate. 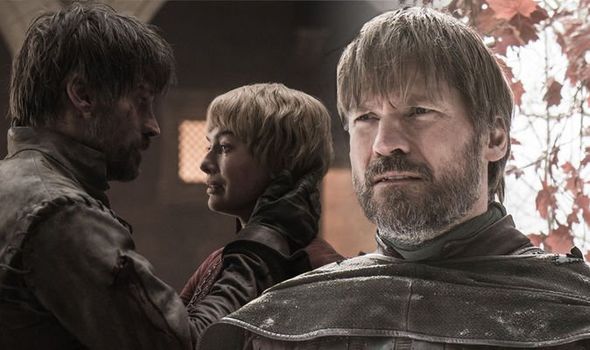 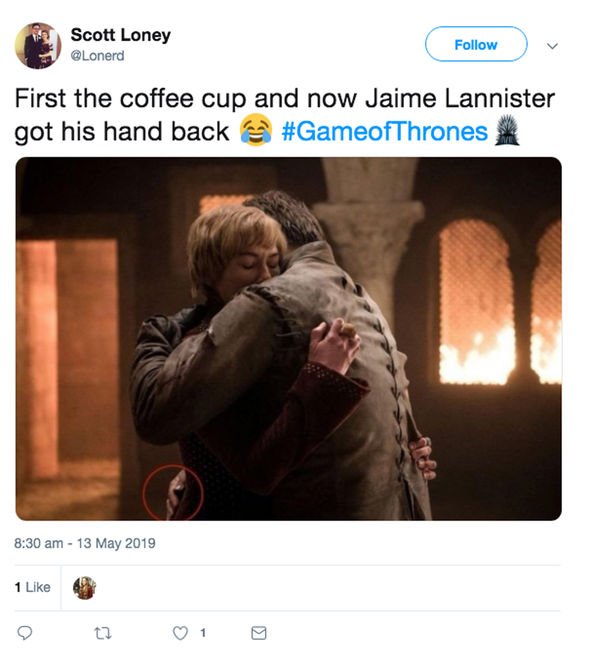 The pair shared a tender embrace and Jaime wrapped his arms around his sister as they were crushed by falling rocks.

However, fans spotted both of Jaime’s hands were there, despite having one of them amputated.

As a result of the gaffe, fans flocked to Twitter to comment on what they’d seen which distracted them from arguably the most emotional moments of the series.

Another added: “Now what? Jaime grew his hand? How do start a petition to reshoot season eight.” 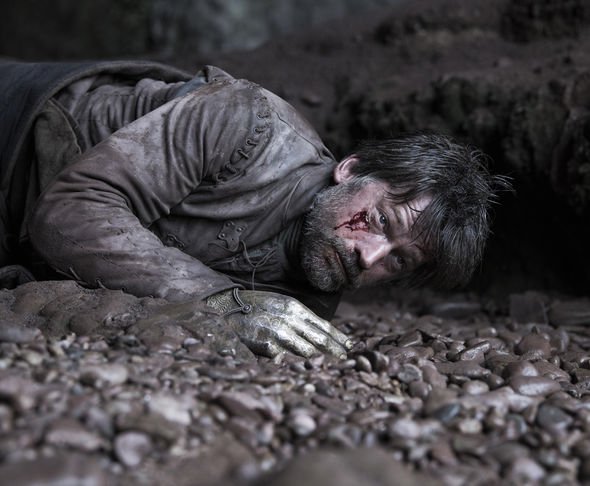 A third commented: “First the coffee cup and now Jaime Lannister got his hand back.”

A fourth tweeted: “A random coffee cup was left around the set of episode four. Episode five: Jaime’s hand grows back. Back to back!”

Fans will remember season eight, episode four, produced a memorable blunder when Daenerys Targaryen (Emilia Clarke) sat with a coffee cup in front of her.

The historical inaccuracy has been the subject of debate but it seems the culprit may have been revealed.

Game of Thrones concludes Sunday on HBO in the USA and the following day on Sky Atlantic and NOW TV in the UK.