Game of Thrones season eight episode five was possibly the most heartbreaking and horrifying instalment of the HBO show ever to grace screens.

The mother of dragons was still reeling and grieving for the death of her beloved dragon Rhaegal and her handmaiden Missandei (Nathalie Emmanuel) in episode four.

Yet the betrayals of her closest remaining allies became too much to bear, and the need for revenge overtook everything else.

As Daenerys ignored the calls for surrender and the sound of the bells ringing through Kings Landing, King of the North was devastating watching the carnage taking place around him on the streets.

While it was clear he no longer trusted Daenerys and had maybe even decided she needed to be punished for her actions, Jon survived the chaos.

But in the new trailer for a documentary filmed during the making of Game of Thrones’ final season, actor Kit can be seen sobbing tears at the final table read.

Was he crying at his character’s fate on the show?

Or was it simply the idea of saying goodbye to such a monumental part of his life? 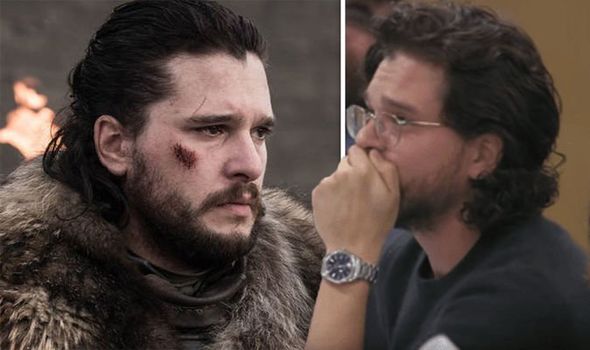 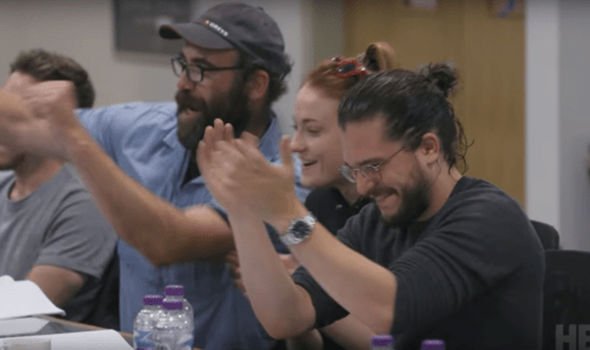 Other stars including Maisie Williams, Peter Dinklage, Sophie Turner and Emilia were all also gathered to hear their beloved characters’ fates.

The cast had mixed reactions, with Sansa Stark star Sophie even laughing at Kit’s emotion.

The two-hour film will air next Sunday night, and will seal the show’s ending.

Varies star Conleth Hill could also be seen wrapping his arm around Brienne of Tarth star Gwendoline Christie’s shoulder, who was clearly struggling with the finality of the moment.

Co-creator D.B. Weiss could be heard saying he was looking at what felt like family, after spending a decade together. 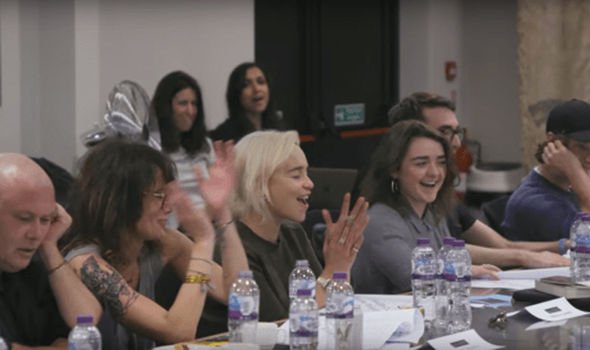 The documentary will explore some never-before-seen footage from the episodes, and show how some of the final season’s iconic scenes were filmed.

HBO released a statement about the upcoming documentary in March, teasing what was to come.

“Made with unprecedented access,” it read. “Game of Thrones: The Last Watch is an up-close and personal report from the trenches of production.

“It follows the crew and the cast as they contend with extreme weather, punishing deadlines and an ever-excited fandom hungry for spoilers.

“Much more than a ‘making of’ documentary, this is a funny, heartbreaking story, told with wit and intimacy, about the bittersweet pleasures of what it means to create a world – and then have to say goodbye to it.”

Game of Thrones season eight concludes Sunday on HBO and is simulcast on Sky Atlantic and NOW TV in the UK 2am Monday.