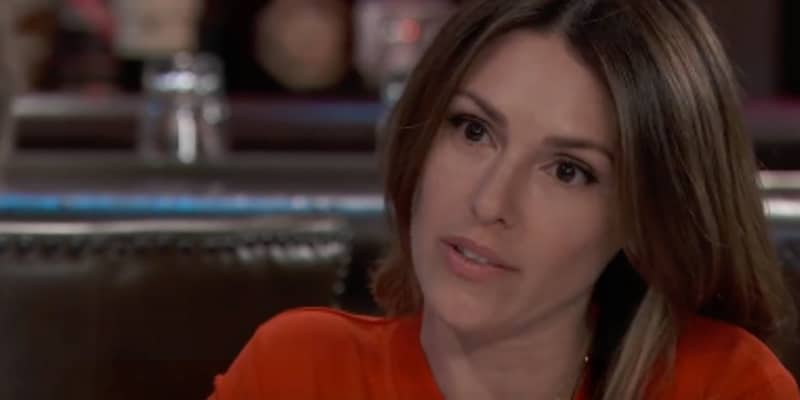 General Hospital spoilers for the Monday August 20, 2018 episode of ABC’s sudser promise that a bit of fatherly and friendly advice must be dispensed to Port Charles’ newest, newbie dads.

Lucas (Ryan Carnes) and Brad (Parry Shen) are doing a great job bringing up their new baby. But that doesn’t mean that a little friendly support and input isn’t called for.

Sam (Kelly Monaco) takes a moment to share some sage parenting tips with Lucas. The guy is a doctor, so he knows how to fix boo-boos and owies, but does he even know how to change a diaper? There’s lots of parenting advice that the newbie dad could use!

Elsewhere Julian (William DeVry) is called upon to help out Nervous Nellie Brad. Julian was there when Brad became a dad for the first time. Remember that picture he took with the little one? Well, now that there’s been a baby switch, things are a little more complicated!

Meanwhile Drew (Billy Miller) has a few pointed questions for the new D.A. Look for Margaux (Elizabeth Hendrickson) to be on the receiving end of Drew’s growing curiosity, as he vows to get to the bottom of what’s nagging his brain about the gorgeous vixen.

Be sure to return to Monsters and Critics for all the soap news you need to know, and sign up for our daily soaps spoilers email below!