On Monday's episode, Piers raged over the video of the president embarking on a dive-by outside the Walter Reed medical center to say thank you to supporters who turned out to wish him well while he was treated for coronavirus. 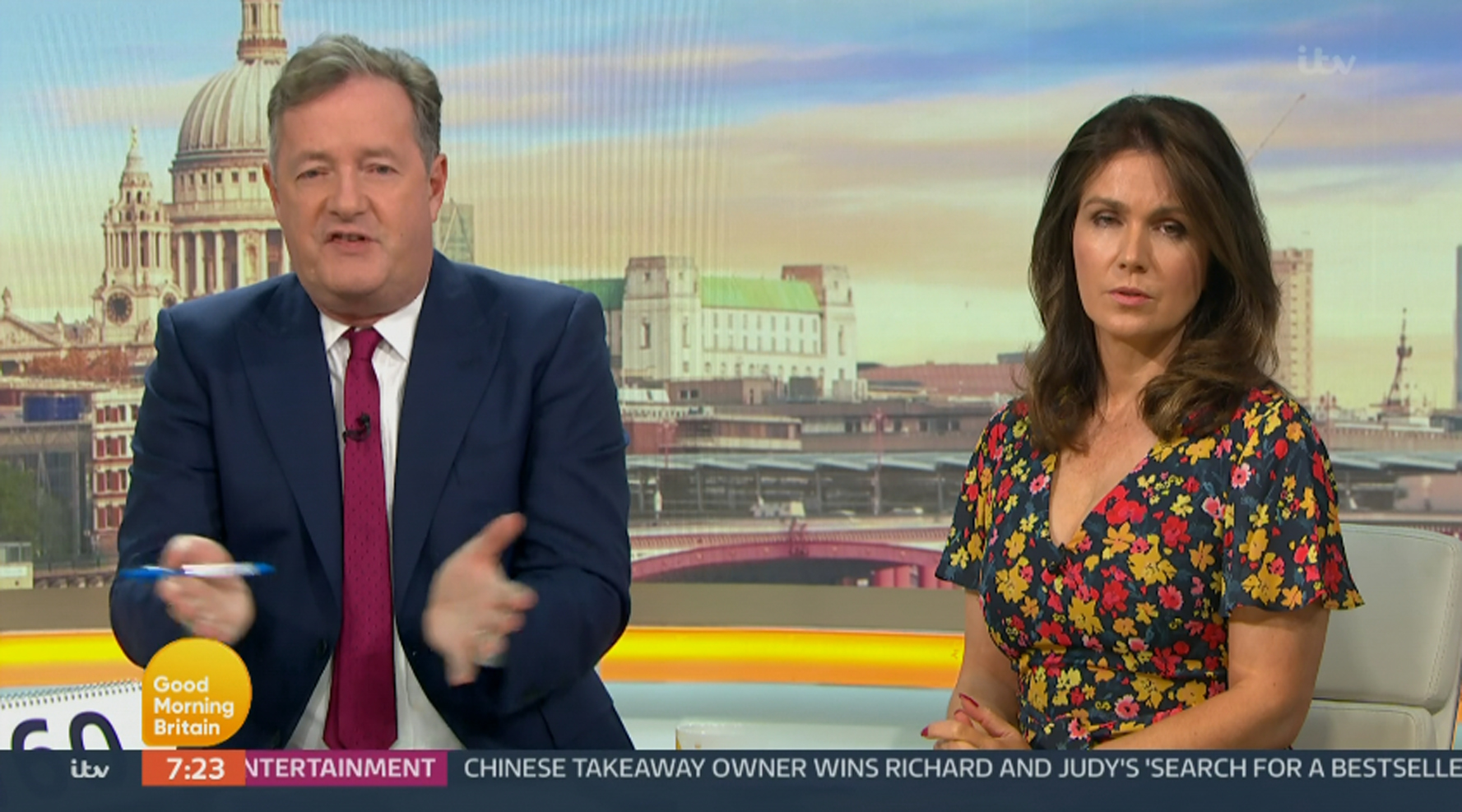 He labelled the president "reckless" and "ridiculous" for putting his security team at risk by riding inside a hermetically sealed SUV while still ill with the virus.

But his critique didn't sit well with a handful of viewers who took the time to contact the broadcasting regulator.

Piers had expressed his sympathy for the driver of the SUV in which Trump was a passenger.

However, the Secret Service agents riding with the president appeared to be wearing medical-grade masks, face shields and gowns over their clothes.

Piers raged: "It’s now October 5, Mr President. You’re the most powerful man in the world, you have access to the most brilliant people in the world, and you’ve only just discovered coronavirus school where you work out what it’s all about after 200,000 plus people have died in your country.

"What’s your reaction now you've had it yourself and learnt just how serious it is? You go out and you put your Secret Service lives at risk. People who risk their lives for you every minute of every day. You decide to get into a car with a bloke who's got a mask on who actually has to do that because the President told him. 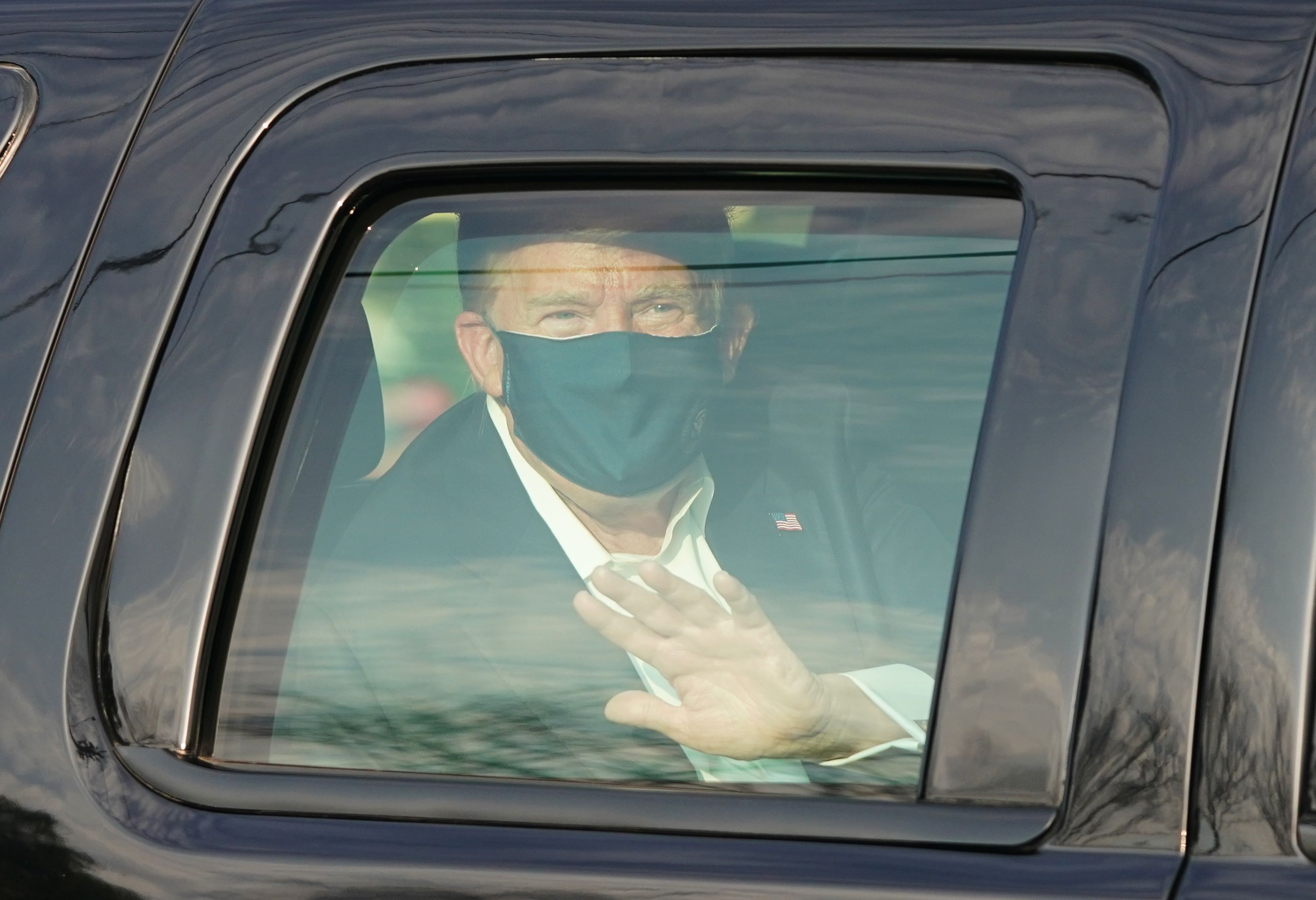 He added: "He thinks it's a reality show. The recklessness of this. It’s utterly ridiculous."

However, White House aide Jude Deere insisted the president was given the all clear by doctors for his mini parade.

He told CBS on Sunday evening: “The movement was cleared by the medical team as safe to do,” adding: “appropriate precautions were taken” to protect everyone involved.

The Trump campaign also pushed back on the criticism, with senior adviser Jason Miller dismissing claims the drive-by was a “photo-op.”

“I don’t think this was a stunt at all,” Miller told CNN.

“This was President Trump showing people he’s very gracious for the hospitality they have shown him, the support that he has, for the hundreds of people outside of Walter Reed medical center there."

Piers and co-host Susanna Reid also asked their colleague Kate Garraway, whose husband Derek has been seriously ill in hospital for the past six months after contracting the virus, for her thoughts.

She said she was "bewildered", and the President was lucky he could benefit from the medical findings from patients like Derek.

Piers's feelings echo those of Dr James Phillips from the Walter Reed hospital who called the hospital motorcade "insanity" and warned that everyone involved "must quarantine." 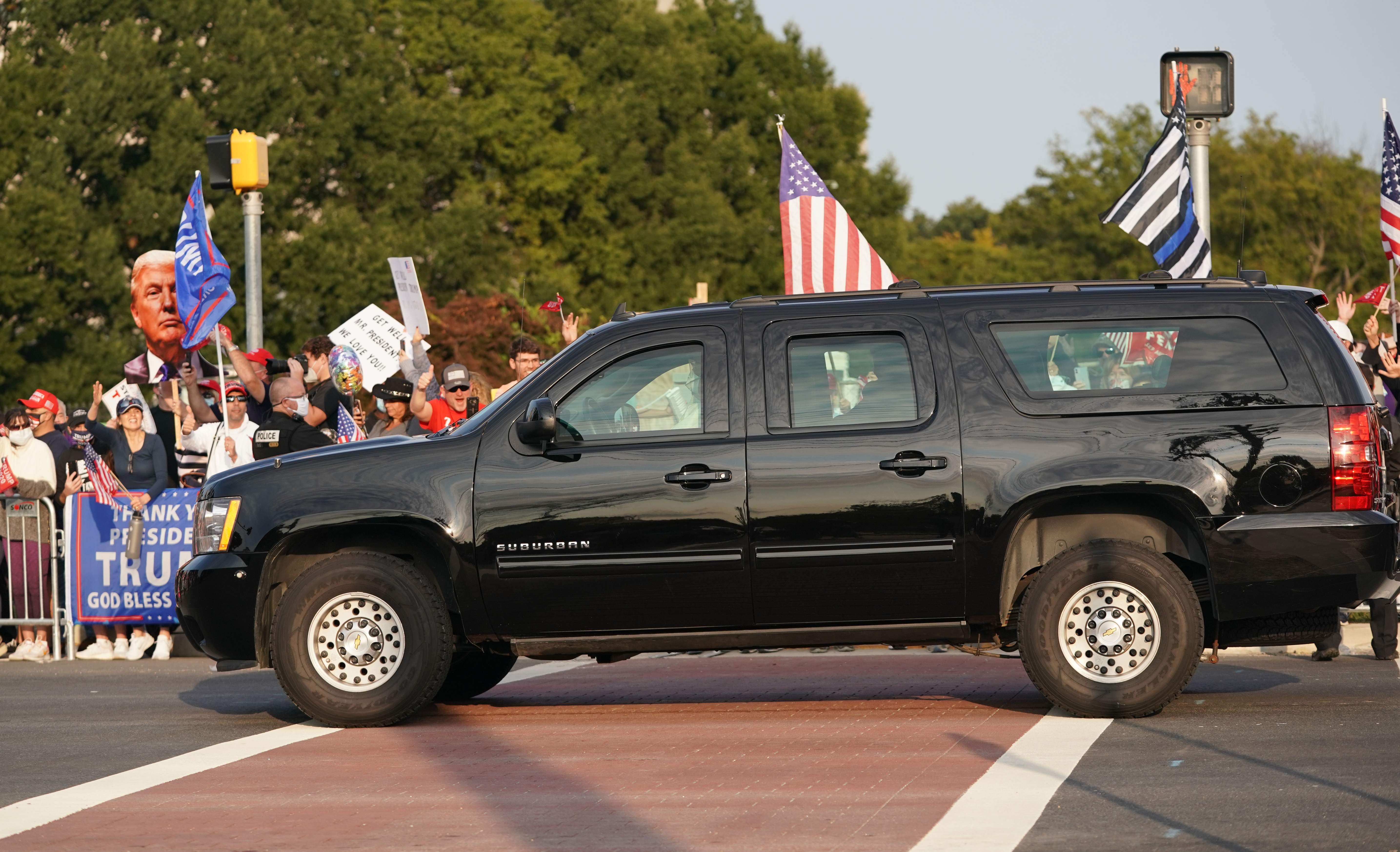 "Every single person in the vehicle during that completely unnecessary Presidential 'drive-by' just now has to be quarantined for 14 days," Phillips tweeted.

"They might get sick. They may die. For political theater. Commanded by Trump to put their lives at risk for theater.

"This is insanity," the doctor added.

Phillips said that due to the nature of the president's SUV, the risk of him transmitting the virus was "high." 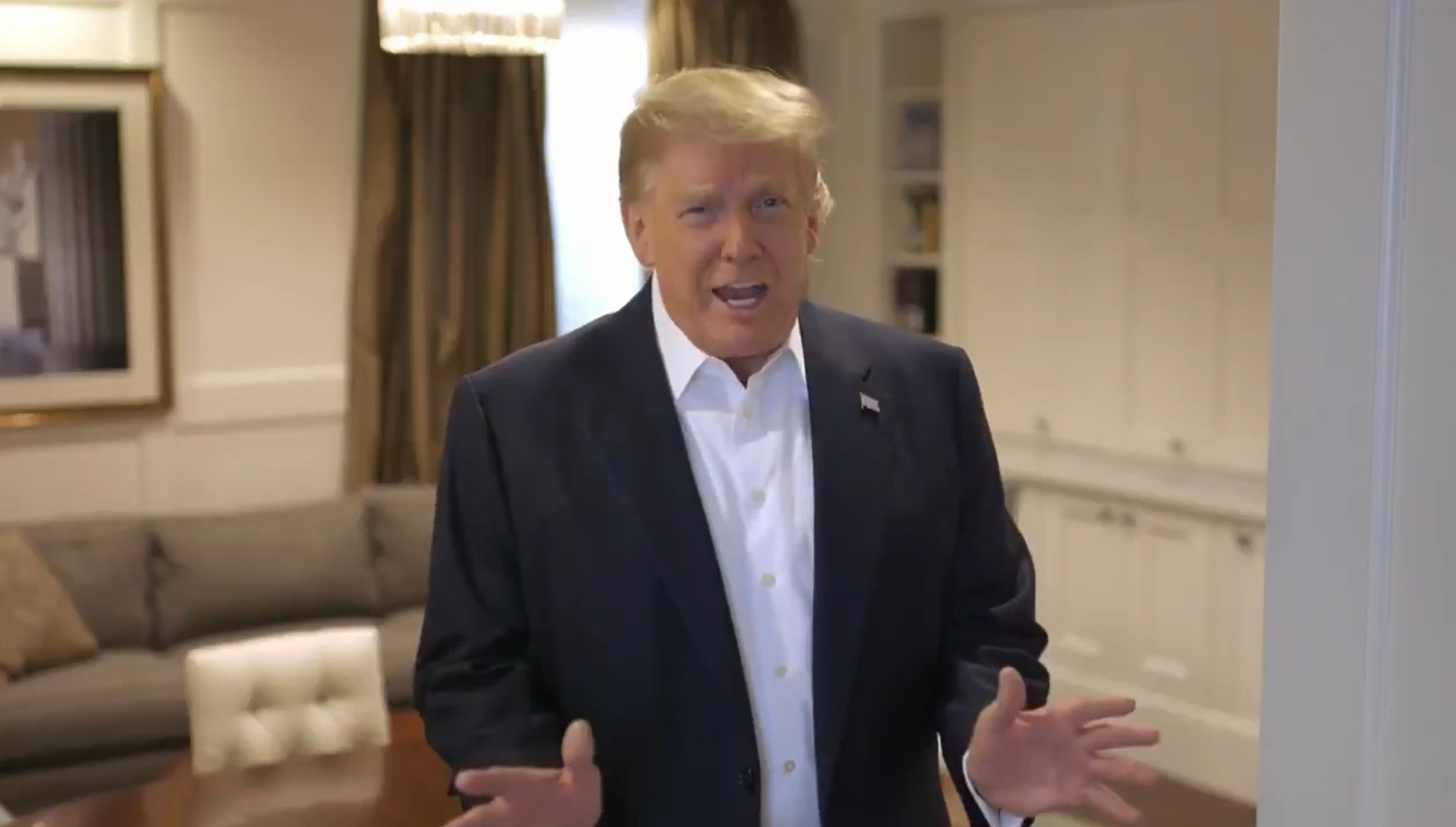 "That Presidential SUV is not only bulletproof, but hermetically sealed against chemical attack," Phillips tweeted.

"The risk of Covid-19 transmission inside is as high as it gets outside of medical procedures.

"The irresponsibility is astounding. My thoughts are with the Secret Service forced to play."

The "surprise" drive-by came after:

Trump announced in a video message that he would be giving a "little surprise" to supporters gathered outside the White House on Sunday.

"We’re getting great reports from the doctors. This is an incredible hospital, Walter Reed. The work they do is just absolutely amazing and I want to thank them all," Trump said.

Trump was then seen riding around in the back of his SUV, waving to supporters outside the Bethesda, Maryland medical center. 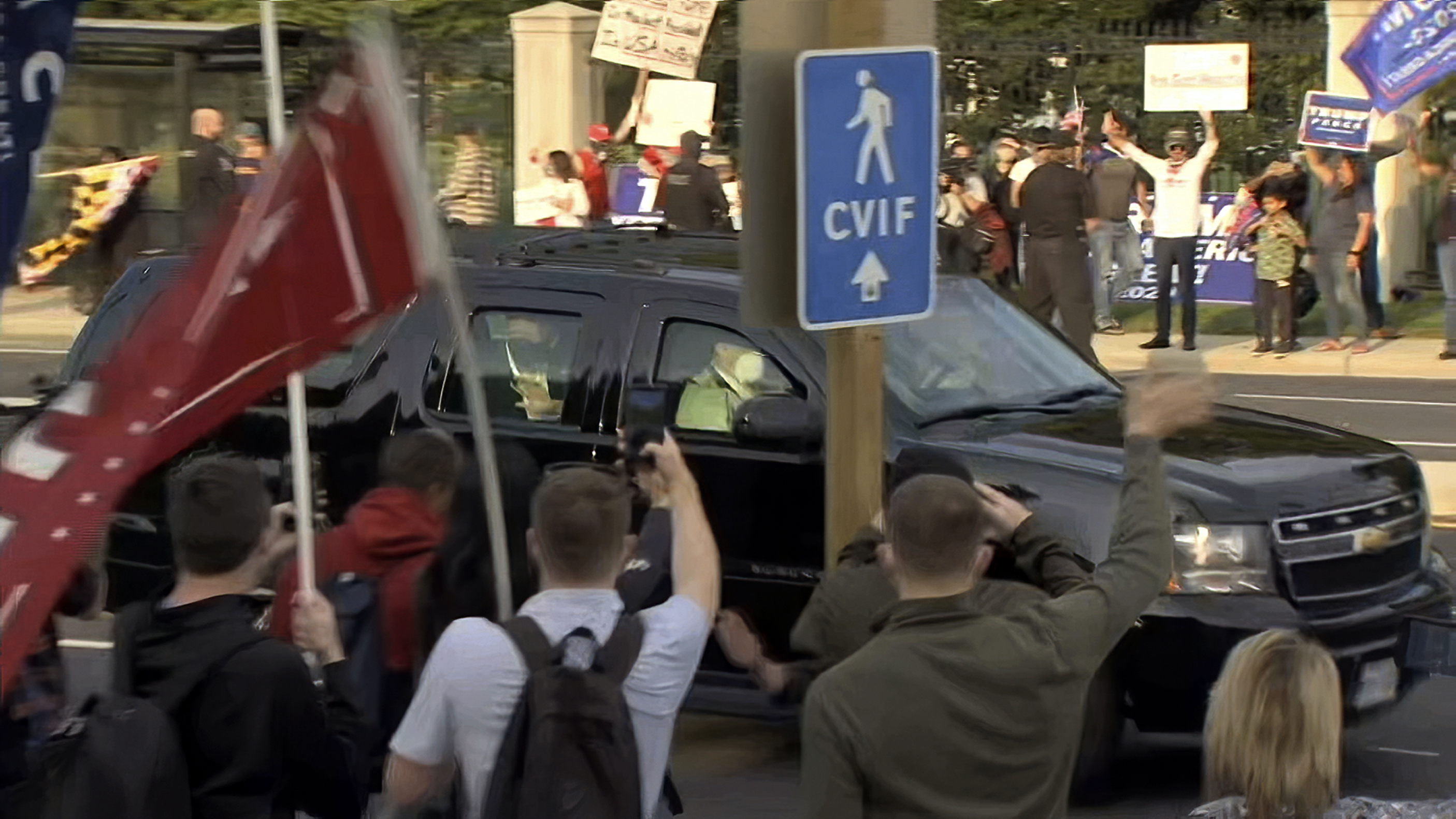 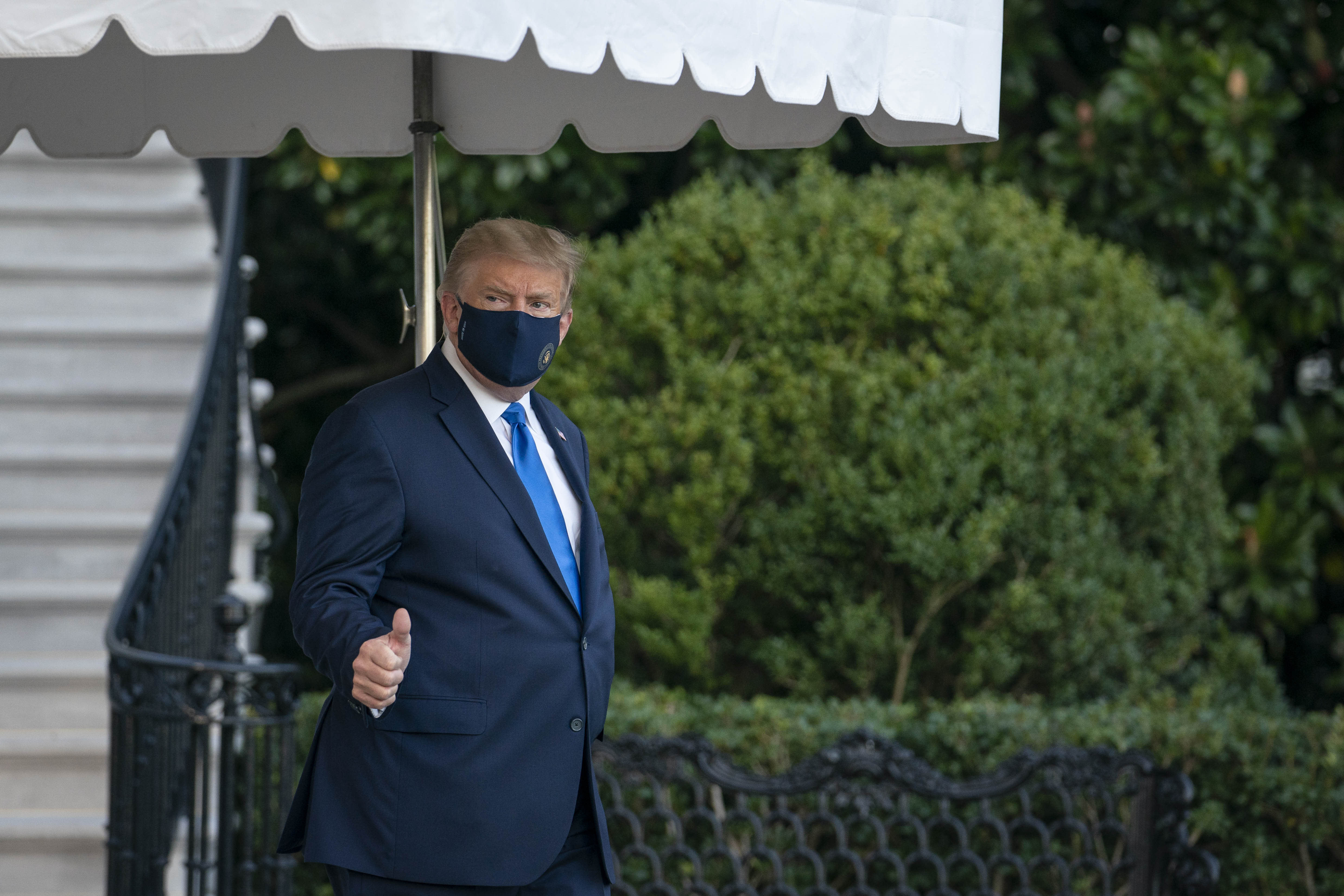