Tony Blair appeared on Good Morning Britain today via video link from his own home. The former Labour leader was put under the spotlight by Piers and Susanna as the ITV presenting pair quizzed him about the government’s handling of the COVID-19 outbreak as well as his own experience with preventing the Foot and Mouth disease from spreading while he was in power. However, not every GMB viewer was too happy with the interview, as some were left “turning off” their TV sets.

Several GMB viewers took to Twitter to express their disappointment with the interview.

One prevailing theme among the complaints was Piers’ refusal to “interrupt” the former PM.

Piers is notorious for slamming his guests and heading on full-blooded rants but today, he seemed rather restrained in his chat with Mr Blair.

And it didn’t go unnoticed by fans as one vented: “WTF????? Mr Morgan to Mr Blair ‘Sorry to speak over you.’ 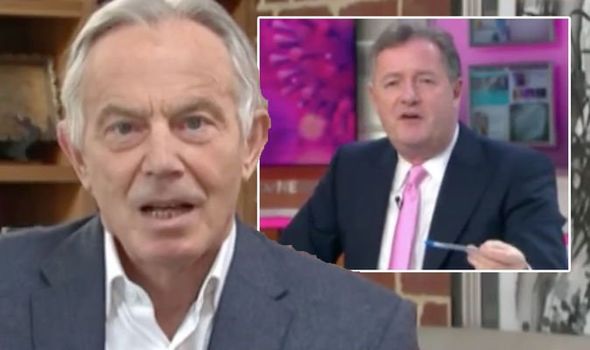 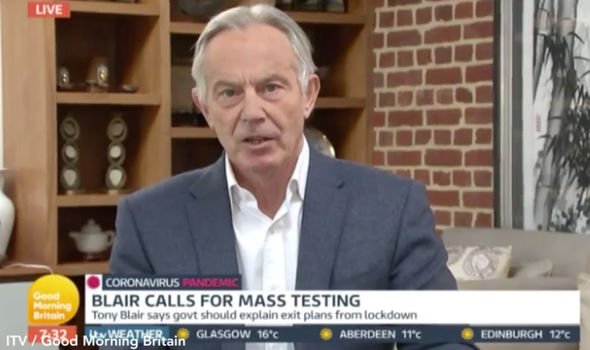 “Can anyone on the planet ever recall Mr Morgan apologising to a conservative minister during #COVID19 OMG! its nauseating watching this interview, the friendly tones coming from Miss Reid & Mr Morgan #Cringe #GMB.”

A second agreed: “Funny how Piers let him answer without interruption if only he would do this with all his guests.”

While a third added: “How about you give him a grilling Piers!”

And a fourth even switched off prior, saying: “@piersmorgan @susannareid100 Time to turn off that man Tony Blair is on @GMB.” 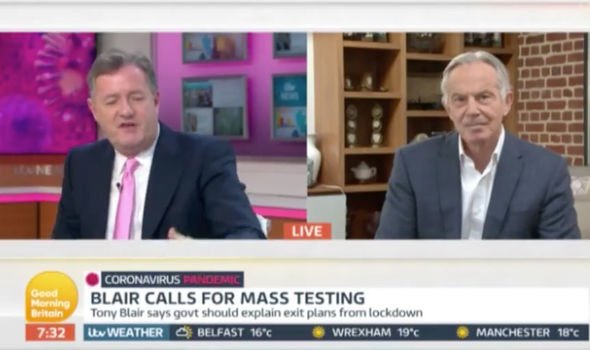 A fifth even went as far as to say: “#GMB Piers lost his voice? He hasn’t talked over #Blair yet?”

Throughout the interview, Piers let Mr Blair speak uninterrupted about his response to the Foot and Mouth outbreak as well as his opinions on what would be an appropriate response to the current pandemic.

However, he was left apologising to the former PM midway through the chat after blaming the internet connection for talking over him.