He left presenters Kate Garraway and Ben Shephard in stiches as he crushed the large fruit following last night's Girl Power task on the show. The showbiz host joked he was embarking on the challenge with "89kg of rippling muscle".

Ben said: "You need a hefty knife to cut through a watermelon, but the Love Island contestants were doing it with their own buttox."

Richard added: "The real challenge is getting through this without any innuendo."
Kate asked for the cameraman to "get in close" as Richard squatted on top of the watermelon, which had been in the fridge overnight. 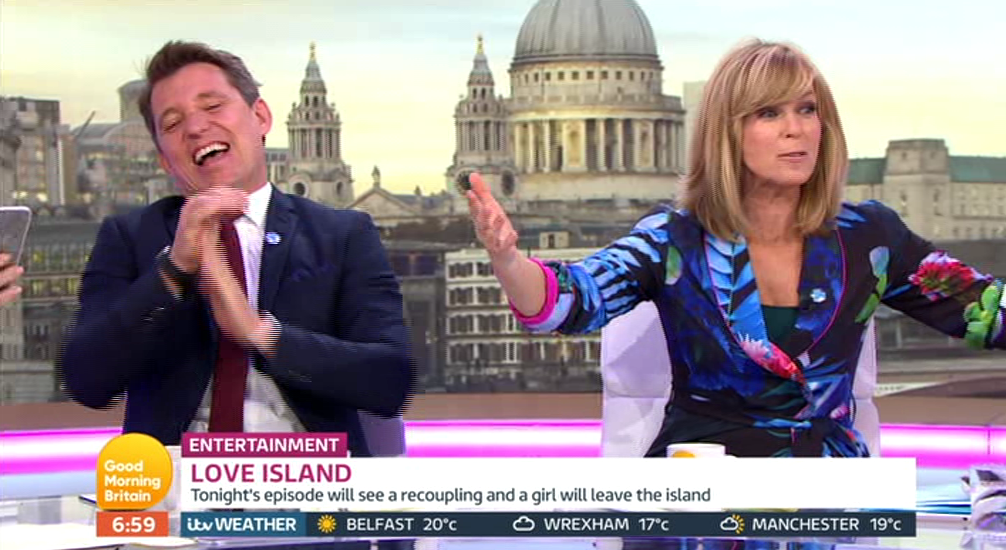 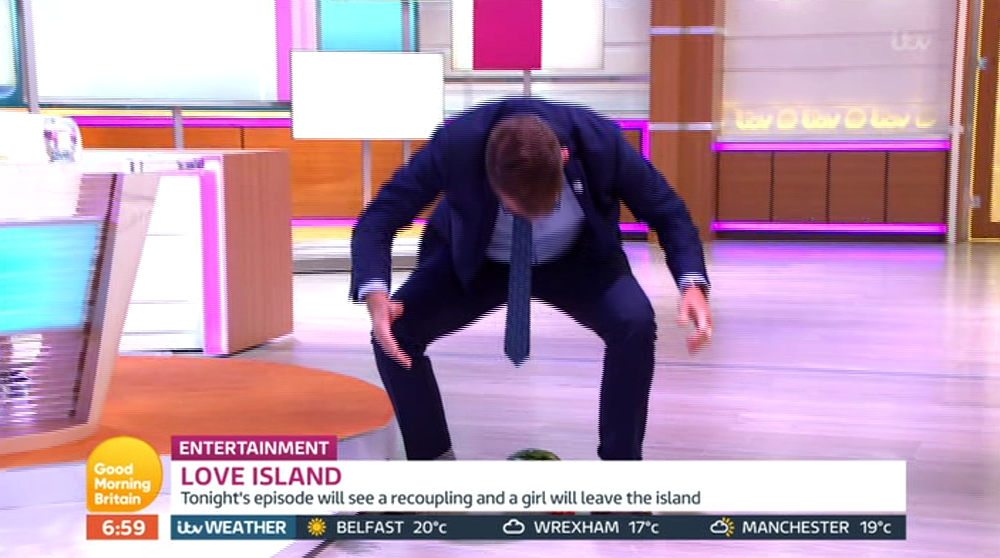 Despite initially being nervous about doing it, Richard successfully squashed the fruit on his first try.

Ben and Kate cheered, as they praised his efforts as "brilliant."

Richard undertook the challenge following last night's Love Island, when Georgia got a text which read: “Islanders in today’s challenge, the girls will battle it out as superheroes to see who has the most Girl Power #girlsontop #wonderwomen”. 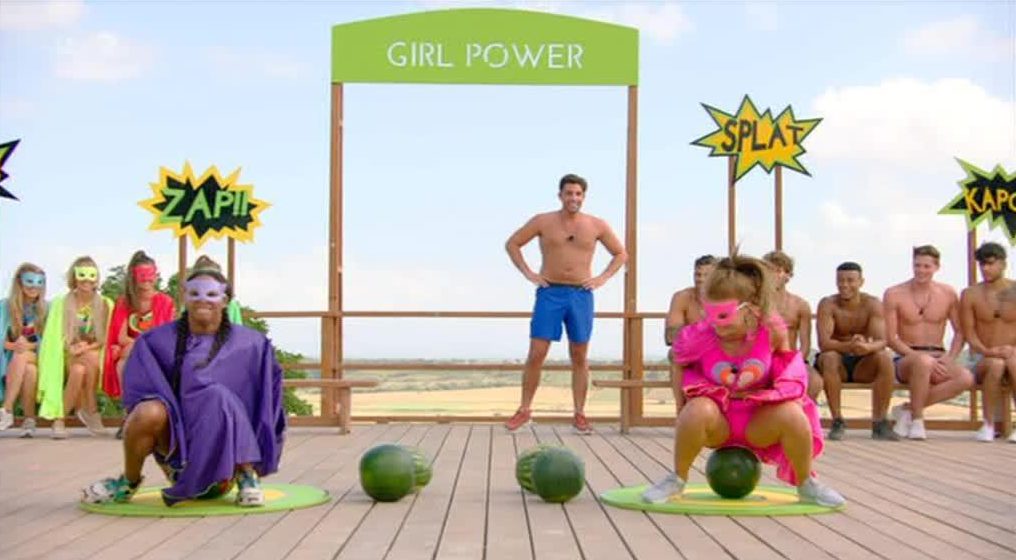 In the challenge, the girls – dressed as superheroes – went head-to-head in a series of challenges which saw the fastest girls in each task progress to the next round.
Round one saw the girls attempt to crush three watermelons with their bums as the men watched on.

In a three-way battle, Laura, Rosie and Hayley tackled the fruit as the men watched on with glee. 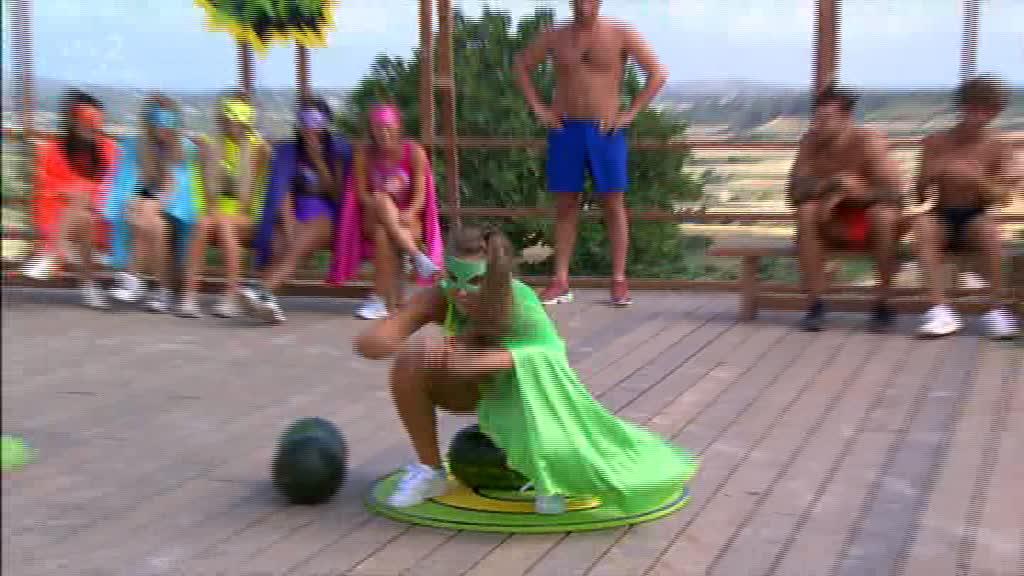 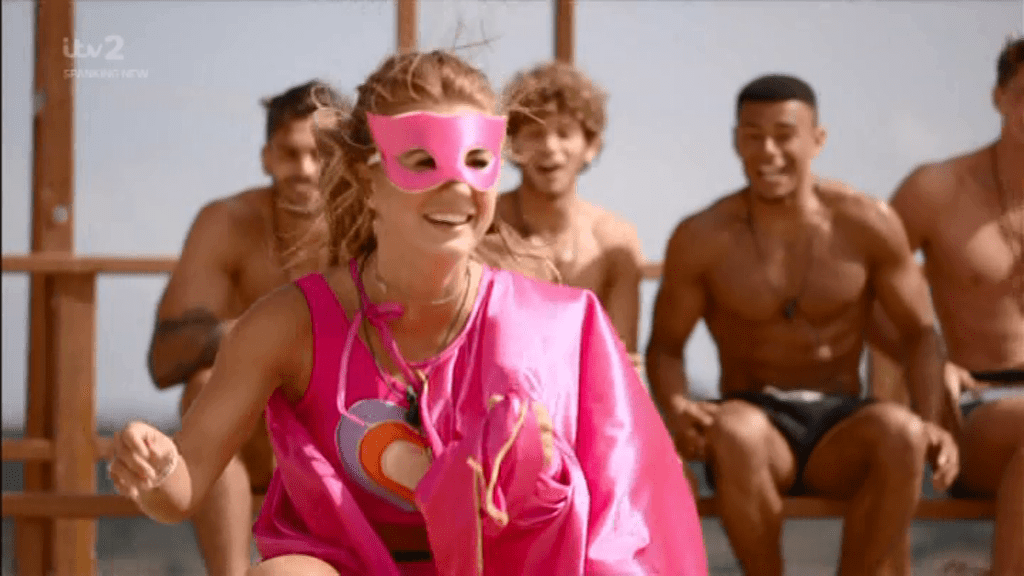 Laura ended up being the slowest, sending the other two girls through to the next task.

Round two saw each remaining girl take it in turns to defend a ‘helpless hunk’ from an oncoming barrage of slime balls.

Which ever boy is kept the cleanest by their protector won.

After whittling the numbers down to three couples, for the final round the girls were shackled to a boy of their choice. 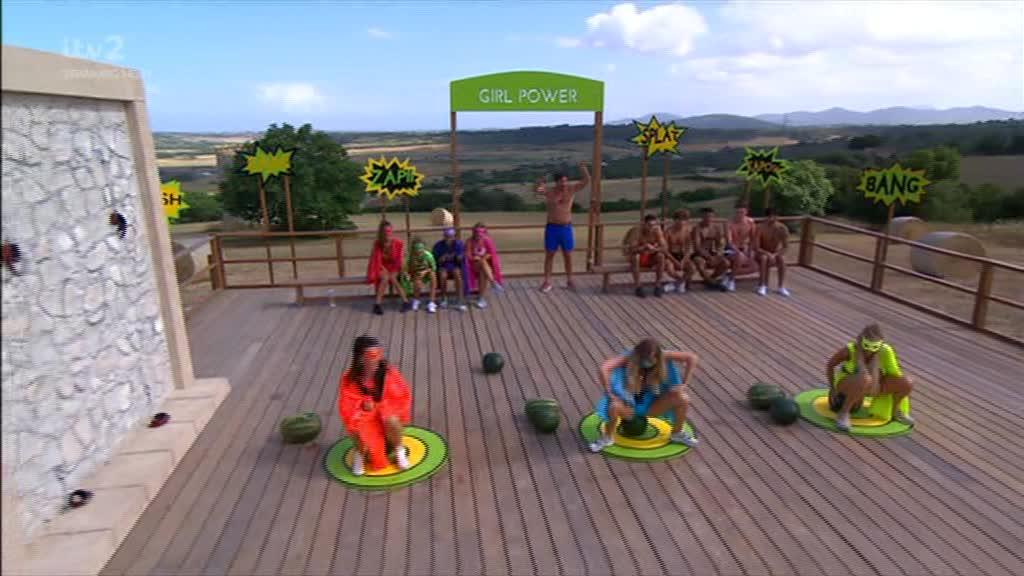 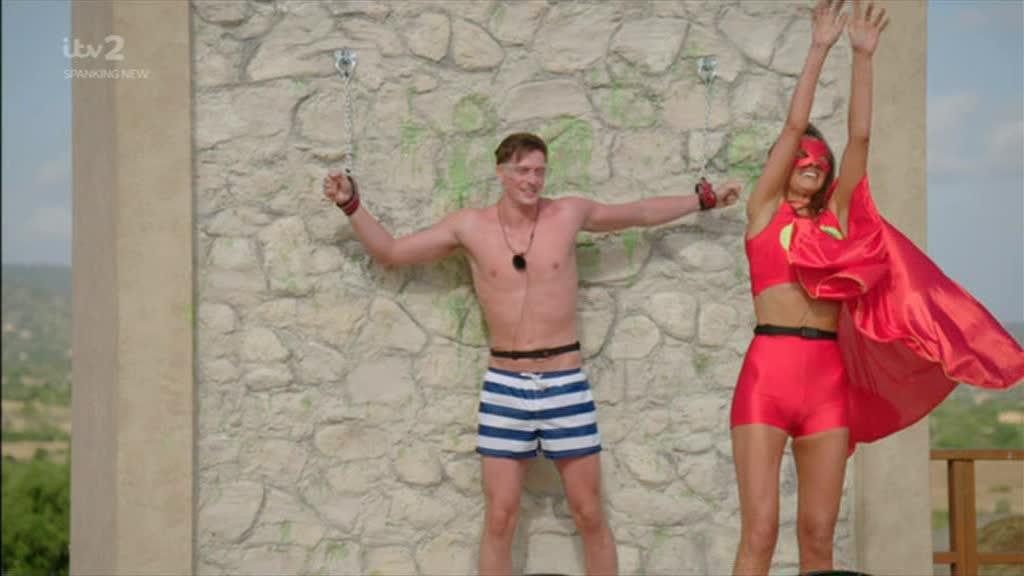 They had to free themselves and the boys in the fastest time as they lay head to toe on each other.

whoever freed them and kissed first, won the challenge and in the end, Kendall managed to get out of the ropes and off Eyal, before planting a kiss of victory on his lips, which he certainly seemed to enjoy.

Kendall was also delighted to be crowned the winner, and celebrated in the Beach Hut. 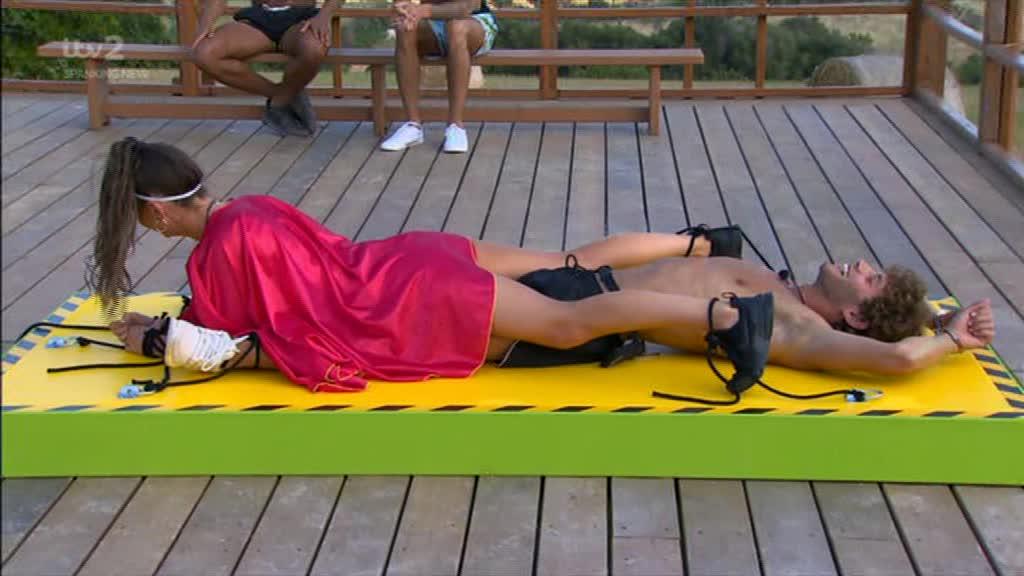 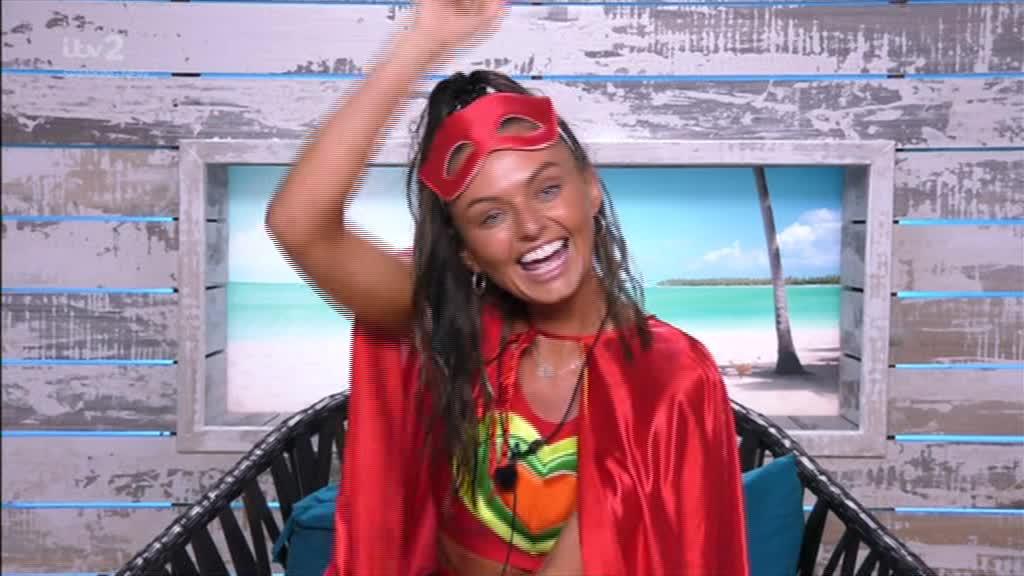 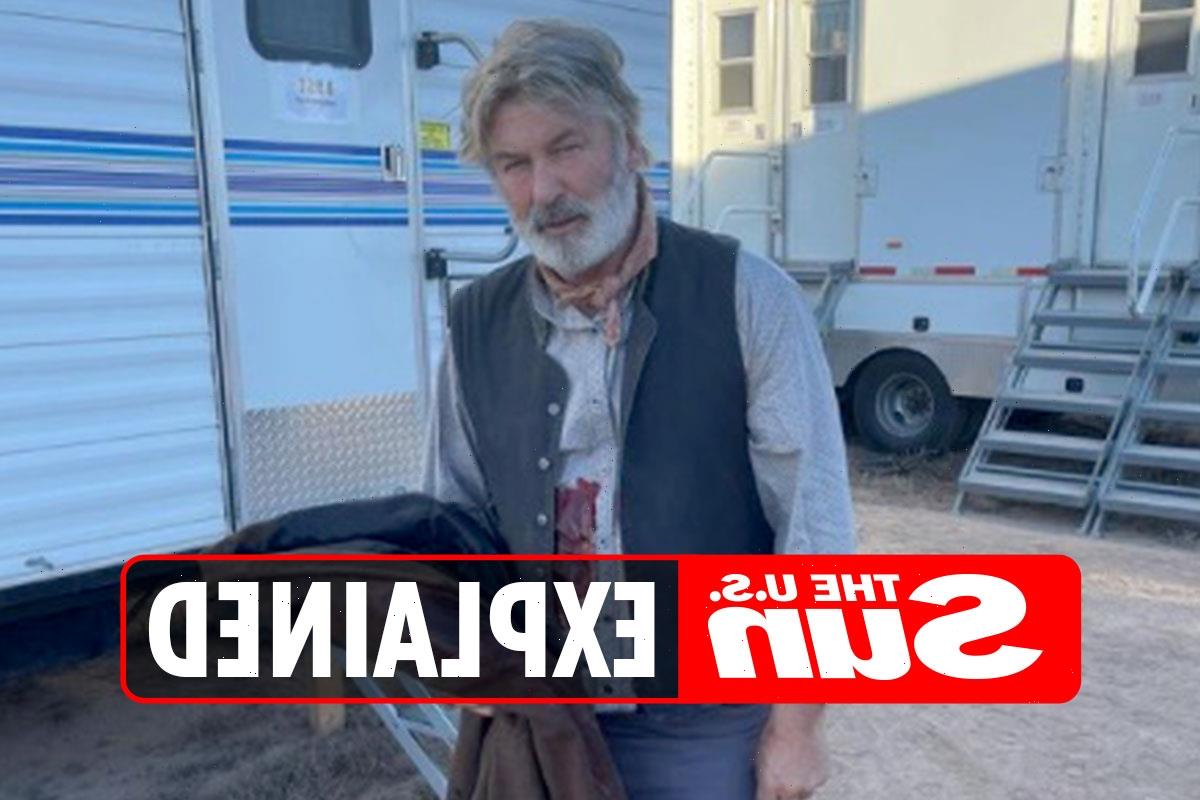