Gotham Awards: Glitches and All, the Virtual Ceremony Was Better Than Nothing

By any metric, the 30th edition of the Gotham Awards had an awkward vibe, much like the world that surrounded the online show. The audience assembled at virtual “tables” that amounted to tiny Zoom-like squares while the ceremony’s live feed unfolded on the same screen. Attendees had to mute their microphones to watch the event and trade thoughts in a chatroom. Nobody could wander the room or drift to the open bar during periodic lulls. When the camera shifted to winners, they were often shocked to find themselves suddenly in the spotlight for an invisible audience.

But the Gothams are always a bit funky. The annual ceremony typically welcomes much of the New York film community to a fancy sitdown dinner at Cipriani Wall Street and marks the first glitzy awards show of Oscar season, but as the primary fundraiser for IFP (which recently changed its name to the Gotham Film and Media Institute), the show has always illustrated the challenge of putting on a grand show with limited resources. This time, at least, some of the clunkier aspects fit with the times.

“I mean, we went for spontaneity and we got it,” the Gotham executive director Jeff Sharp said in an interview as the evening came to a close. “I was holding my breath every minute.”

The event was built by Looped, a company that specializes in live-streamed events, and built on a platform typically used for online poker games. Around 50 people — including event staff and the presenters — did attend in-person at Cipriani to announce winners from the stage, and were tested for COVID prior to their attendance. The piecemeal approach to the production illustrated the unique challenge of hosting live events in pandemic times without the robust technical support of a major network. “We’re not the Emmys,” Sharp said. “We’re a non-profit with a limited budget. We couldn’t go nuts.”

In other words, whatever form the Oscars might take on April 25, it’s likely to be a bit more robust. Sundance, which will host its own hybrid awards ceremony on February 3, has yet to announce its plans. (Festival director Keri Putnam was in the virtual audience and likely taking notes.) But Sharp said he felt that audiences were in a forgiving mood and could roll with the unusual format. “We’re fortunate because we have a little leeway. It’s always a fun night and gets a little crazy,” Sharp said. “Our audience, the industry, knows what this is, so they support and embrace it. Other organizations, like the Oscars or Sundance, have audiences that have a very broad reach and they might have other considerations. But we were willing to deal with an element of risk that not everyone can take on.”

Even though participants spent the evening staring at computer screens and were unable to wander the virtual room, the Gothams fulfilled its primary function. Companies ranging from “Nomadland” distributor Searchlight (which won both Best Film and the audience award) to “First Cow” distributor A24 (which got shut out) shelled out as much as $15,000 for virtual tables to host their nominees. Meanwhile, for a handful of serious Oscar contenders, the event helped keep the buzz machine moving, with “Nomadland” continuing its Best Picture frontrunner status and Netflix benefiting from special awards for Viola Davis and the late Chadwick Boseman, both of whom are in serious contention for acting prizes.

The industrial impact of the Gothams wasn’t lost on any of its stakeholders. “This all happened because of our advisory committee, because of the studios and the table supporters,” Sharp said. “If one person had said, ‘You guys are crazy,’ we wouldn’t have been able to do it.”

The evening wasn’t devoid of sincere moments, viewable to anyone watching the livestream. Emotional tributes to Boseman from André Holland and the late actor’s widow, Taylor Simone Ledword, took on a particular intimacy due to the constraints of the format. (Boseman served on the Breakthrough Actor committee for the Gothams last year.) “The 40-Year-Old Version” writer-director Radha Blank’s earnest expression of gratitude after winning Best Screenplay to presenter and committee member Kenneth Lonergan felt like a spiritual passing of the baton from one New York writer to the next. And “Sound of Metal” Best Actor winner Riz Ahmed captured the essence of the evening in his earnest speech. “It feels like a wobbly time,” he said. “If we can wobble together, we may find each other dancing.”

Unable to soak in the glamour of the event itself, some of the nominees did the extra legwork to add to the experience. Eliza Hittman’s “Never Rarely Sometimes Always” went home empty-handed, but Best Actress nominee Sidney Flanigan said she had a blast watching the ceremony. “My first awards show experience was certainly unique, seeing as I have nothing to compare it to,” said the 21-year-old Flanigan, who became 2020’s breakout star after “Never Rarely” premiered at Sundance. In the absence of a formal Gothams after-party, she engaged in an online game of Guess Who with producers Sara Murphy and Adele Romanski, who were in Los Angeles while Flanigan was in New York. “All in all,” she said, “it was great time celebrating indie cinema.” 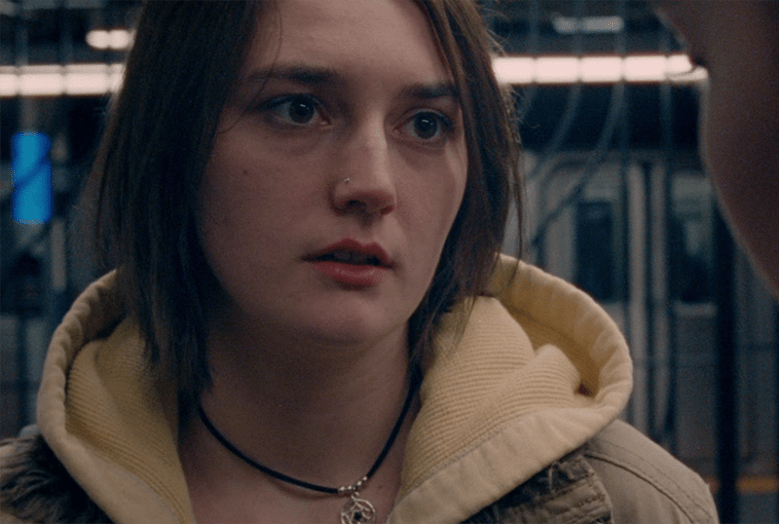 Across the borough, “The Climb” co-writers Michael Angelo Covino and Kyle Marvin experienced the Gothams from the virtual table of their production partner, Topic Studios. The innovative buddy movie, which marked Covino’s directorial debut, didn’t score any Gotham nominations (it was, however, nominated for a Spirit Award in 2020, and the Topic-produced “A Thousand Cuts” split the Best Documentary prize with “Time”). But as “The Climb” distributor Sony Pictures Classics continues to campaign for the movie’s screenplay this awards season, the pair got together in Covino’s apartment and had a good time anyway. “Glitches and all, I love that it’s happening,” Covino said in a text message. “Reminds you that everyone is still out there working.”

Sharp acknowledged that nothing could supplant obvious superiority of the physical event in pre-COVID times. “It is what it is, but everyone rolled with it,” he said. “We made a go of it, and encourage everyone else to do the same.”