The Great British Bake Off has taken to Twitter to announce it will be back on viewers’ screens very shortly.

“Join us on Tuesday 27th August for the return of The Great British Bake off! #GBBO.”

The tweet also included an Alice In Wonderland themed image announcing the show will air at 8pm.

Judges Paul Hollywood and Prue Leith are sat round a table that’s covered in every dessert imaginable.

Black Forest gateaus to pastel-coloured macaroons, there doesn’t seem to be single dessert missing from the mystical display.

Meanwhile Noel Fielding, who appears to have taken on the role of The Mad Hatter, is pouring out tea with co-host Sandi Toksvig.

Fans of the Great British Bake Off were quick to share their excitement at the show’s return.

Another cheekily added: “Yasssss! Cannot WAIT! GIVE ME THAT SOGGY BOTTOM!” 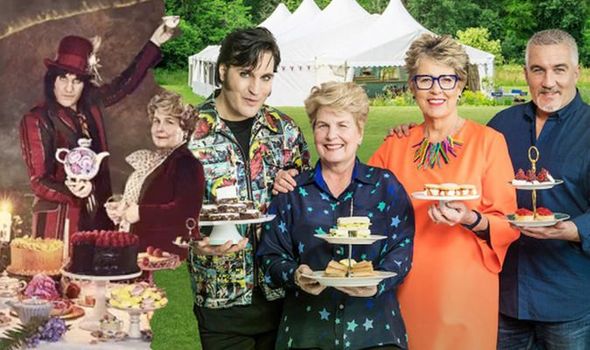 “Finally! Feels like forever since the last season,” a third wrote as another fan said: “Happiness is coming back!!!”

It starts off in the style of a news report, as the news reader declares: “Cake fever is sweeping the nation.”

Shoppers can then be seen running outside of a supermarket before a cover of All Together Now by The Beatles begins to play.

People hurriedly clear the shelves of the supermarket of baking ingredients as supplies run low. 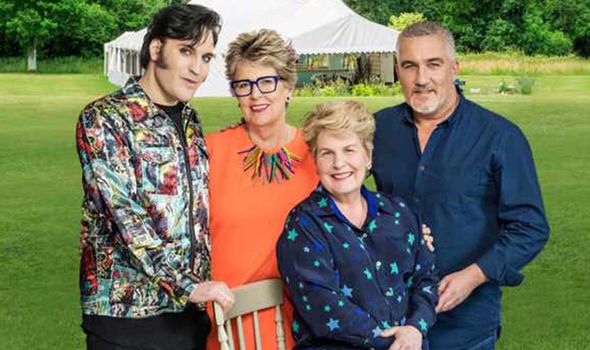 The teaser goes on to show a number of hopeful bakers trying out their luck in the kitchen.

In one segment, a baker gets down to pray to a portrait of Paul.

A hand then extends from the painting and shakes the baker’s hand, in a nod to the infamous Hollywood handshake.

The teaser continues with a host of hilarious scenes that all link to the various baking themes featured on the Channel 4 show.

In one scene fencers can be seen sparring with baguettes and in another miners sing from an oven while clutching golden pasties.

Great British Bake Off will return to Channel 4 on Tuesday August 27th at 8pm.