Sophie Faldo has admitted that even though she won The Great British Bake Off last year, it was a bad experience for her financially.

Back in 2012, Sophie quit her job as a Royal Artillery captain (which paid £43,000 per year) and has had to rely financially on her chef partner David, despite claiming the competition’s top prize. 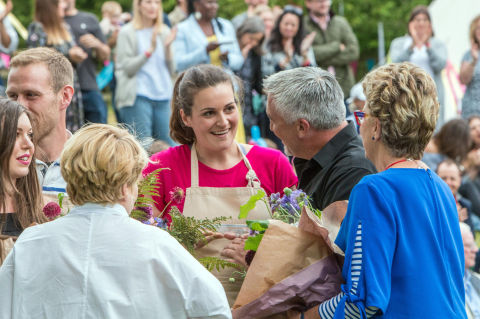 “I earned very little and ran out of savings,” she told The Mirror. “I like to have a stash fund for emergencies. I went through that during Bake Off.”

The reality show doesn’t boast a financial prize for its winner and Sophie has since described this period of time as being the closest she’s felt to being hard up.

She added: “I did rely on my other half a bit and it was tough. It was not a typical year – far from it.” 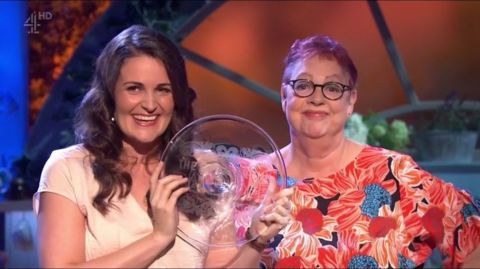 Since Sophie’s victorious appearance on GBBO, she’s held two internships at Michelin-starred restaurants and is hoping to one day set up a cookery school.

As for what’s going on this year, GBBO judge Prue Leith has teased a scene from the new series which features a whole lot of tears. 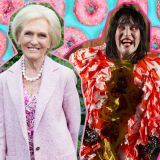 “When you get the [Paul] Hollywood stare, you never know what he’s going to say, whether it’s ‘it’s terrible’ or whether he’s going to put his hand out and give them a handshake,” she explained.

“Recently, one of the contestants was really crying, because everything had gone wrong and it was terrible. And Paul said the flavour was fantastic, it was a really imaginative thing, well done. Then he said: ‘But it was shite.'”

The Great British Bake Off continues tomorrow (September 4) at 8pm on Channel 4, with An Extra Slice continuing on Friday (September 7) at 8pm.